100 years at the Reitz Bowl

Though Reitz Bowl has a long, storied history on the city’s West Side, the stadium was actually formed by accident. Originally planned as a retaining wall for the newly built F.J. Reitz High School, a school member noticed that with a few changes, a football stadium could also be constructed.

The stadium was designed by architects Arthur Capela and Charles Troutman of Evansville, and construction cost more than $52,000 at the time, about $30,000 more than originally estimated. Its capacity seats 10,000 people.

Reitz Bowl began using artificial lights in 1931 and thus could accommodate night games. A new field house was added later in the decade before being replaced in 1987. Most of the bowl’s mud and flooding woes were solved in 1976, with the installation of Prescription Athletic Turf, a method of draining and irrigation from pipes laid beneath the playing surface. 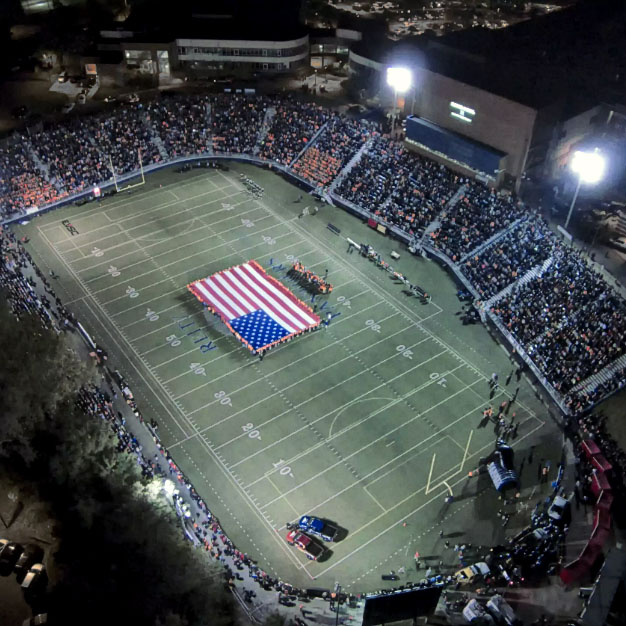 The first play clocks were added in 1995, and a new sound system came online in 2003. In May 2009, the natural grass was replaced with synthetic turf. In 2011, the field was dedicated as Herman Byers Field, named after the Panthers coach from 1942-1968 who led his team to six state championships.

For several years following a 1974 renovation, a running track cut into the southeast part of the field, meaning players were playing on the rubberized track at around the 7-yard line.

The Reitz Bowl has been home to graduations, World War II bond drives, and even a three-ring circus. It hosted the collegiate Refrigerator Bowl from 1948 until 1956 and is currently the home field for both Reitz High School and Mater Dei High School football teams.