A Few Days in Green Bay 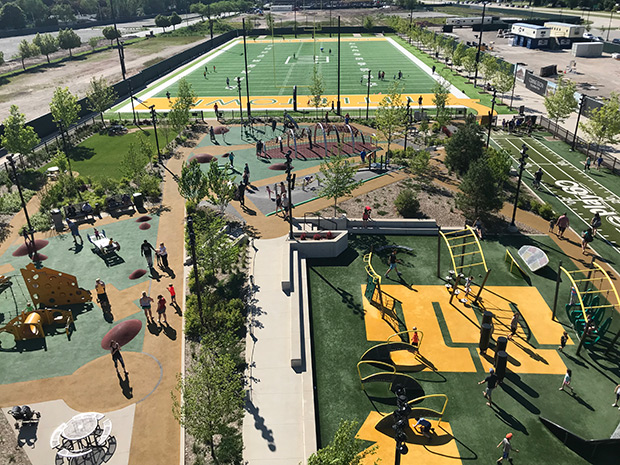 A recent trip to Green Bay, Wisconsin, showed me the oldest city in the Badger state is far from the one-trick pony or singular sensation you might think it is. Of course the Green Bay Packers are the heartbeat of the city but at a population of just 105,000, the city has a surprising diversity of offerings.

Green Bay is the smallest city to host a National Football League team. Celebrating 100 years in August, the 13-time National Champion Green Bay Packers are the only NFL team to be owned by its fans. The community is widely known as “Titletown.” Titletown also is the name of the impressive entertainment, wellness, and technology district the Packers have created just west of the iconic Lambeau Field.

I stayed at Lodge Kohler overlooking Lambeau Field and Titletown. You’ve seen the name Kohler in your kitchens and bathrooms. The property was developed by the hospitality group associated with the name brand fixture company headquarted in the company town of Kohler, Wisconsin, southwest of Green Bay. The showers at Lodge Kohler feature electronic controls and three shower heads.

You can read the print edition of my story on Green Bay here. Because Green Bay has so much to enjoy, I offer a few more pointers here and in the next post.

A trip to Lambeau Field and the Green Bay Packers Hall of Fame is required. There are so many fascinating facts about Lambeau. My favorite: When it snows on one of the 10 home game days (a given), a call goes out to the public for folks to help shovel the stadium, which can take anywhere from about six hours to a few days. Shovelers who show up are paid $10 an hour in cash. Years ago the shovelers were paid by check, but that presented an accounting problem: people didn’t cash their checks because they were from the Packers — not as valuable as a Packer share certificate, but a keepsake and Ebay worthy. 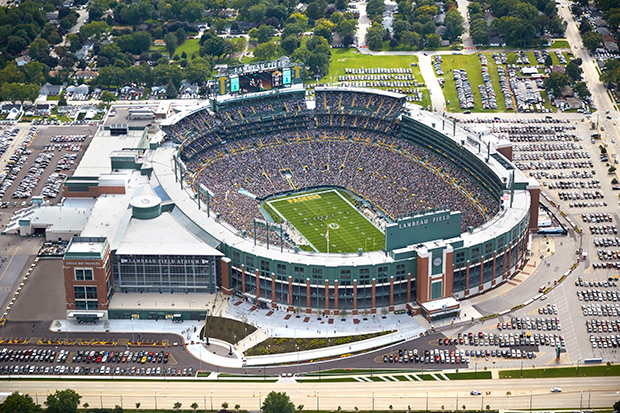 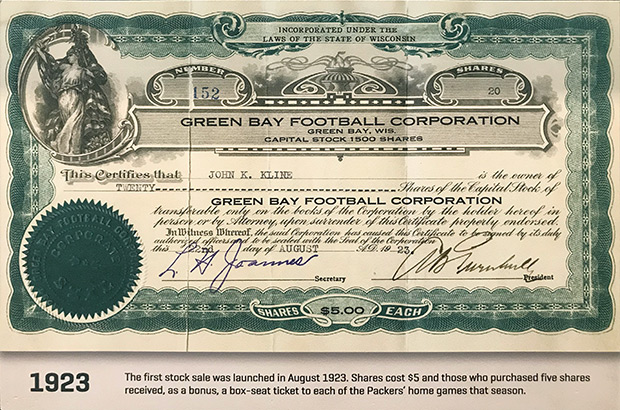