A Mayor of Talent 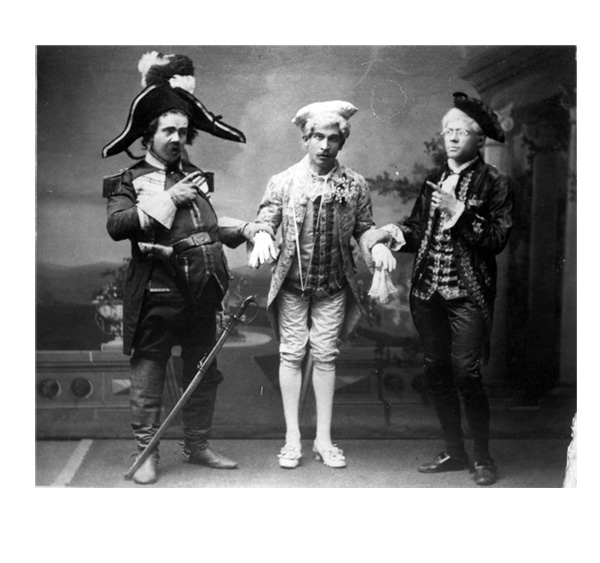 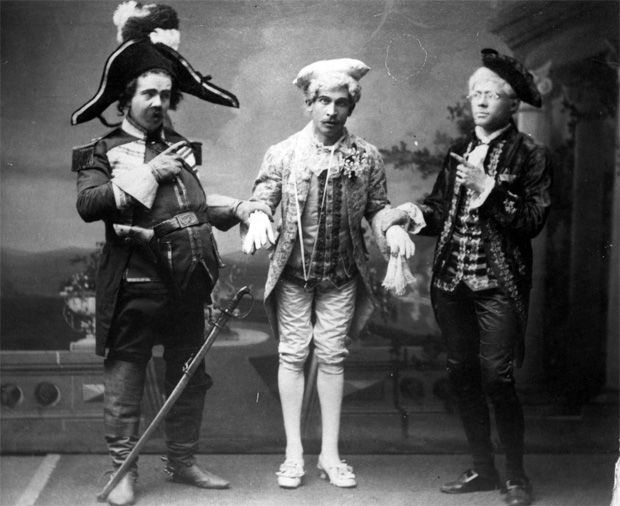 Evansville once had a mayor with an extravagant hobby.

This photo from the University of Southern Indiana David L. Rice Library Archives showcases Charles G. Covert, mayor of Evansville from 1901 to 1906, on the far-right side alongside two cast members performing the play “The Grand Duchess.” Taken in 1883, the picture is an example of Covert’s short-lived but passionate journey in theater.

Covert was born in 1863 and during his lifetime became a member of the Freemasons and served as Postmaster for several years after 1906. He appeared in a short documentary-style silent film by filmmakers W.H. Swanson of Chicago and J.A. Gorman of New Orleans in 1902. The film was part of a fundraiser for the Evansville Fire Department Pension Fund.

As there is not much more information on the former mayor, it is unclear if his acting career ever took off after his time in politics. It also is hard to confirm without a doubt the identity of Covert’s companions in the photo.

USI Archives proposes the man on the left is most likely Charles Snethen Archer and the middle is Samuel Barker Fisher, both local residents.

Covert died in 1953 and resides in Oak Hill Cemetery, but his quirky and mysterious legacy lives on through the arts captured in time.