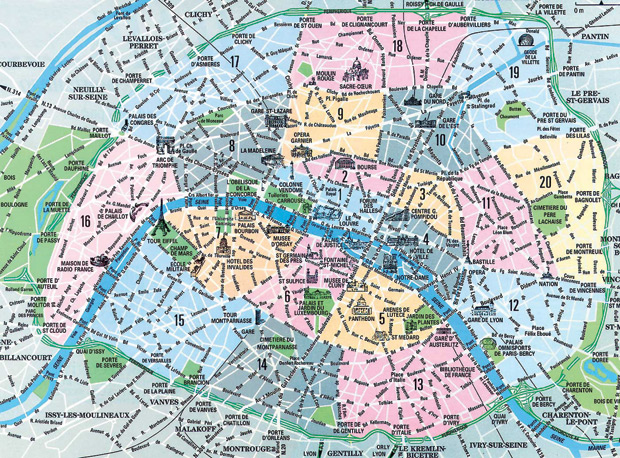 I arrived in Paris in April 2013 at the Gare du Nord on a high-speed Thalys train from Amsterdam. My first-class ticket was purchased weeks earlier online; at Amsterdam Centraal that Sunday morning, I learned the ticket was a fake. When buying the replacement ticket (I was running low on euros and not purchased yet what I needed in Paris), I learned my MasterCard didn’t have the “chip.” (“The chip, the chip, you must have the chip!”) 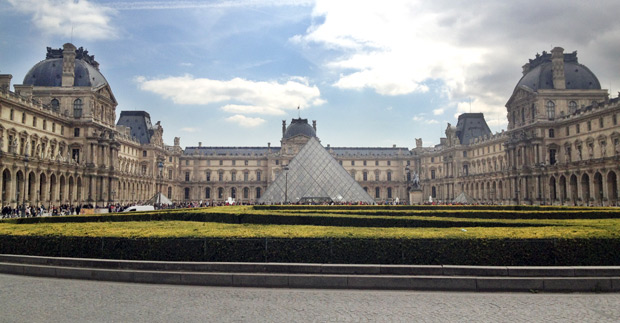 ▲ Above, the Lourvre Museum is in the first arrondissement. Below, the Place de Vosges straddles the dividing line of the 3rd and 4th arrondissements. 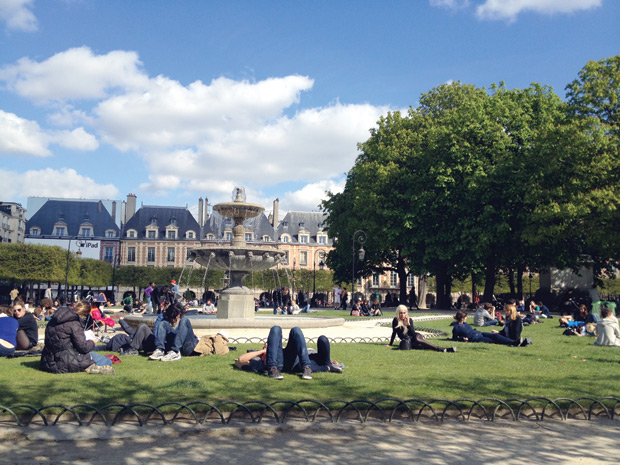 The city of Paris is divided into 20 arrondissements, arranged in the form of a clockwise spiral (often likened to a snail shell), starting from the middle of the city, with the first on the north bank of the Seine.

Montmartre, Paris’ largest hill, in the 18th arrondissement, overlooks the popular entertainment restaurants in the 10th, where many of the tragedies took place. This week at the COP21 climate change summit held in Paris, President Barrack Obama dined with French President Francois Hollande and other leaders at a famous restaurant located in the 3rd along the Place des Vosges, the oldest planned square in the city. The Place des Vosges straddles the 3rd and the 4th arrondissements.

The Eiffel Tower dominates the landscape in the 7th arrondissement, on the south side of the Seine River. The geographic center of Paris, the first arrondissement, is home to landmarks including Louvre, the Tuileries, and Palais Royal. 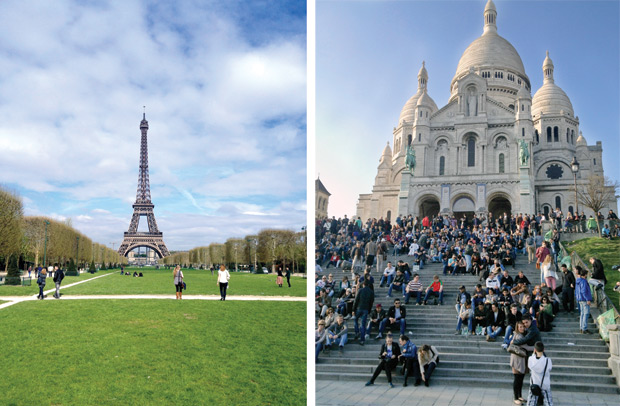 ▲ The Eiffel Tower is on the left bank of Seine, in the 7th arrondissement and the Basilica of Sacre-Coeur is located on Montmarte in the 18th arrondissement.
Submitted by Kristen Tucker on 12/02/2015
Share
Facebook
Twitter
Previous article
Link Up
Next article
Patty Balbach