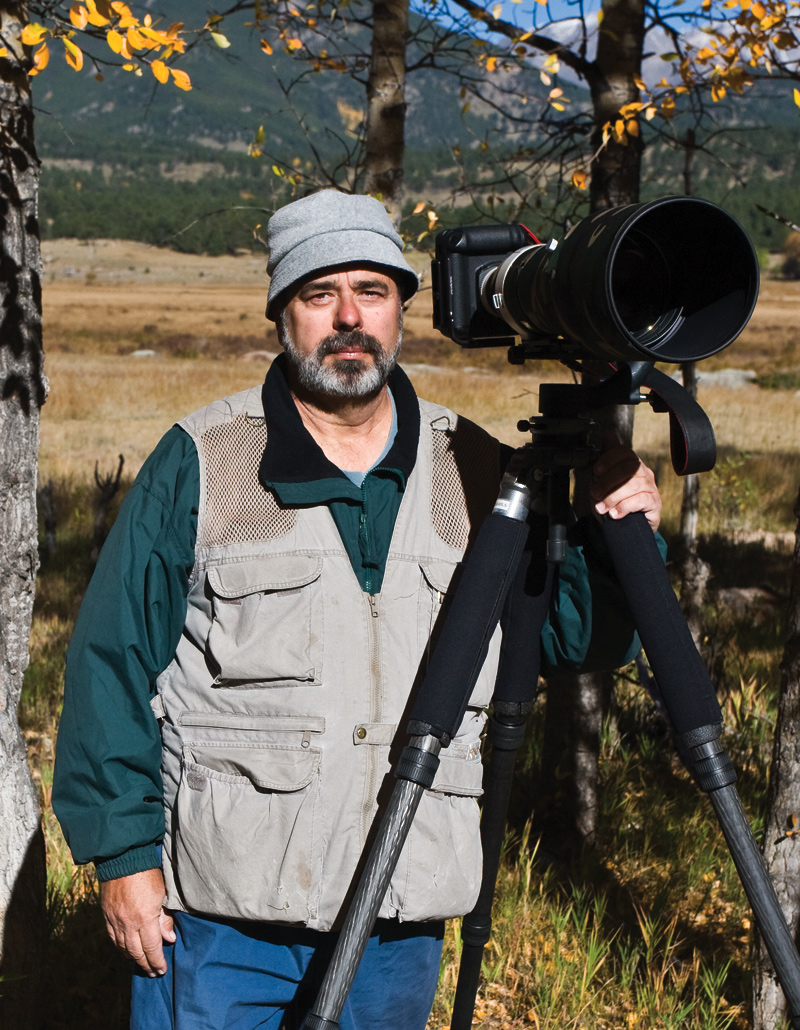 Whether he’s taking pictures of wildlife in the backyard of his McCutchanville home or exploring the Amazon rain forest to photograph bullet ants, Al Perry doesn’t leave home without his camera.

He’s known for his nature photography now, but to pay his way through college at Purdue University years ago, Perry snapped pictures at fraternity and sorority events. His advertising slogan back then? “Think Negative — Al’s Photo Service.” Perry put away his camera to pursue a career in mining management, spending 30 years in coal sales and marketing. He still works as a consultant in the coal industry but now spends about half his time traveling the world as a professional nature photographer. His work can often be seen at the Bower-Suhrheinrich Foundation Gallery in Downtown Evansville and on his Web site, www.alperry.com.

How has your career in the mining industry overlapped with your profession as a nature photographer?
Some people wonder about my association with the coal business and nature photography — like one is evil, and the other is good. But coal provides more than 50 percent of electrical energy used in the United States, and I have a lot of respect for coal miners. There are safety issues and environmental concerns that are being addressed, but even though the burning of coal has become cleaner, more needs to be done. Being a nature photographer has caused me to perceive how delicate nature is and how powerful man has become.

How do you look for photographic opportunities in the Tri-State?
Recently, I got up early on a Saturday morning, and from my kitchen window I saw a Cooper’s hawk chase a cardinal into the window. So I went out to my car and gathered up my equipment. I shot 400 images of the hawk eating the cardinal and filmed the event for 25 minutes at a distance of 10 feet through my kitchen window.

The Evansville Regional Airport recently commissioned four of your prints to be used in the airport terminal, including a 15-foot panorama of Evansville on the Ohio River. Tell us about that experience.
To get the night shot of Evansville on the river, I drove over to Henderson, followed a dirt road for six miles, then parked and walked a half-mile through a cornfield. I slid down the bank of the river where water moccasin snakes are prolific and, finally, walked one-eighth of a mile along the shoreline to center my camera on the Riverfront with the reflections of the lights, buildings, and sky on the Ohio River. Then, I walked back in the dark.

Have you always been in-tune with nature?
Not always. I was born and raised on my great-grandfather’s farm in North Central Indiana. We worked the soil but had little time to sit back and admire nature as we do today. Our time was spent praying for rain when it was dry, pulling weeds that grew faster than corn, and picking up rocks from the fields.

What’s the best part about being a nature photographer?
Observing nature unfold in front of you and your camera and sharing it with others through your images. Photography forces me to slow down and observe more than I otherwise would.

What goes through your mind when you’re taking pictures?
Shutter speeds, f-stops, depth of field, image stabilization. … After the technical stuff is out of the way, I start thinking about composition, background, color, contrast, and most importantly, the light.  It has taken me 40 years to understand the importance of light in photography.

Have you and your camera ever been in a dangerous situation?
Once I was photographing a six-foot-long western diamondback rattlesnake in Texas that was aggressive. I like to shoot wildlife at eye level, so I laid down on the ground about four feet away from this coiled, ready-to-strike rattler. The local assistant working with me reminded me that rattlesnakes can strike about half their body length. Then he said that even though the snake couldn’t get me on the first strike, he could strike twice before I could get up off the ground and move away. So I got up, moved back and cut a hole in a piece of cardboard. I stuck my lens through the hole and used the cardboard as a shield in finishing the shoot.

What’s your favorite photograph in your collection?
The one of a 90-year-old man. Technically, the photograph is not so good, but he’s my father.