All About the Bass

Bruce Lett revels in life as an in-demand working musician 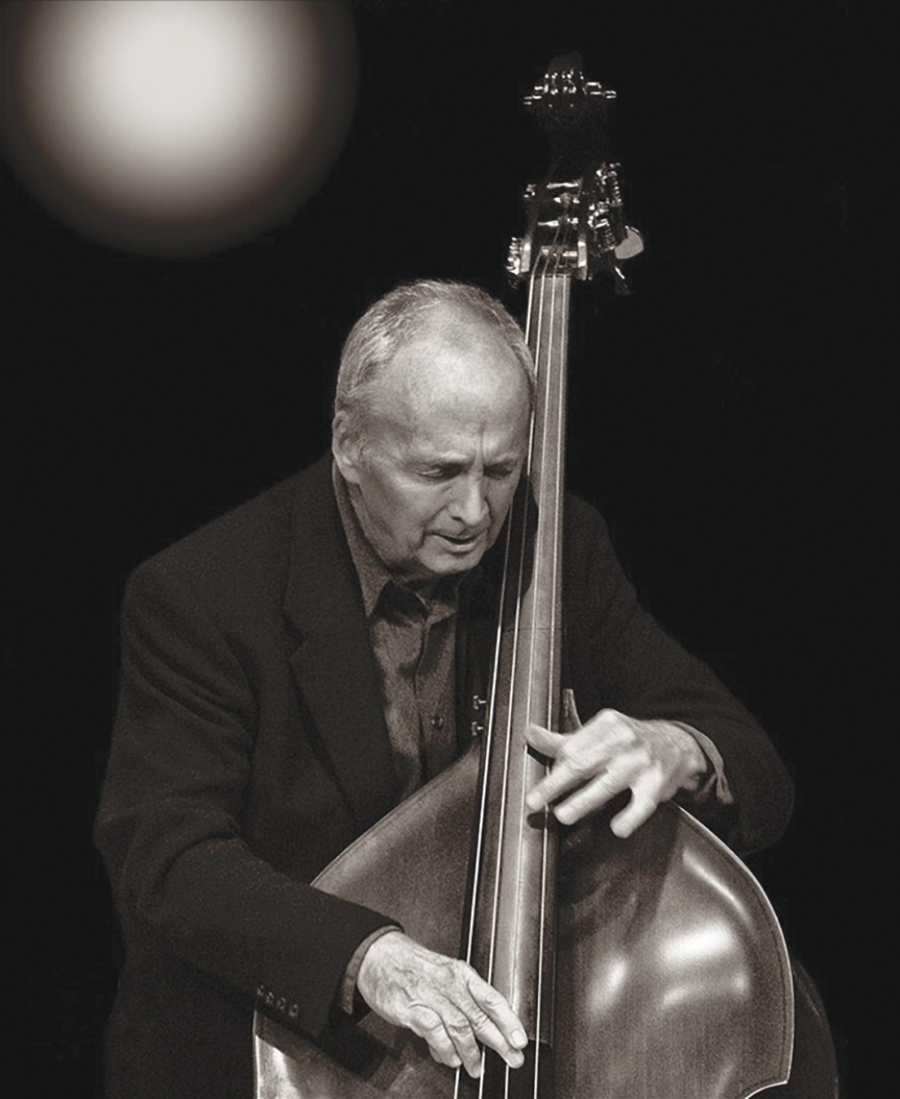 On a Monday night last spring at the Burbank Music Academy in Southern California, Bruce Lett hands out charts to the other members of his funk band. The song is a Chick Corea composition called “Armando’s Rhumba,” which they’ve never before played together.

“I’m not sure what you’re going to do with it,” this product of Vogel Elementary and North High schools tells saxophone player Ed Wynne, who has recorded with Earth, Wind & Fire. “Sax or flute — you figure it out.”

Since leaving the University of Evansville in the 1970s and studying upright bass as well as electric bass with some of the masters of the instrument at two colleges in the West, Lett has established himself as an in-demand “sideman,” traveling the world to back up some of the biggest names in jazz.

“It was when I was at U of E that I decided to be a professional jazz musician,” Lett says the night after the practice, drifting along on his boat on Lake Malibu in the Santa Monica Mountains. “This meant I had to figure out how to make that happen.”

The son of Horace “Chub” Lett and Margaret Lett, both now deceased, he had the benefit of a stable and supportive family, and encouragement from his mother, a jazz enthusiast herself. Despite never earning a degree, Lett teaches jazz bass at California State University in Long Beach. Three years out of high school, he married the former Eve Oberlin, a North classmate who runs a pet-sitting service for her Agoura Hills neighbors.

There was a time, before COVID-19, when Lett was playing “30 to 40” gigs a month, as well as backing other musicians on their recordings. He toured with Grammy-winning jazz songstress Diane Schuur but has never become too proud to play less prestigious gigs: For 30 years, he backed up the choir at a church in Redondo Beach for $150 a week. 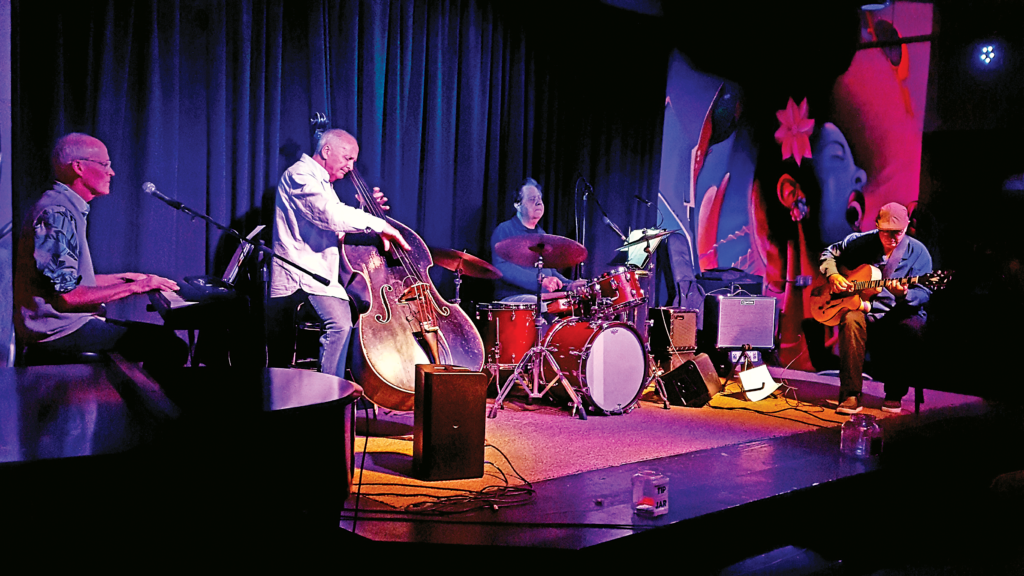 Things slowed down during the pandemic, however, and session work had already changed, thanks to technological advances.

“The idea of a bunch of session musicians sitting down together and laying down a track in a studio, just doesn’t happen anymore,” Lett says. Today, he will be sent a recording done elsewhere. He then goes to a studio and plays his part over it, which is sent back, and eventually, technicians somewhere in the digital world beyond put all the pieces together. It is all done “remotely,” as we have learned to say.

The band rehearsing at the Burbank Music Academy is called Six Beats Apart.

“That’s our nod to social distancing,” Lett says. “We practiced together every week during the pandemic, and now that things are picking up again, we’re ready. I keep busy, and if you’re a professional musician, and you have nothing else scheduled, you take the gig.”

Connections — when you have proved you have the chops and will deliver — are everything.

“I once did a gig with Alphonse Mouzon, the jazz fusion drummer,” Lett says. “It paid $65, and we had to play for four hours. But that one gig alone led to five tours of Europe. You act like a professional, and you make your opportunities. That’s what being a working musician means.”

Tune in at 7 p.m. Sept. 4 to a broadcast of Lett’s Aug. 19 concert at the Los Angeles County Museum of Art at jazzandblues.org.