‘An Honor to Serve’ 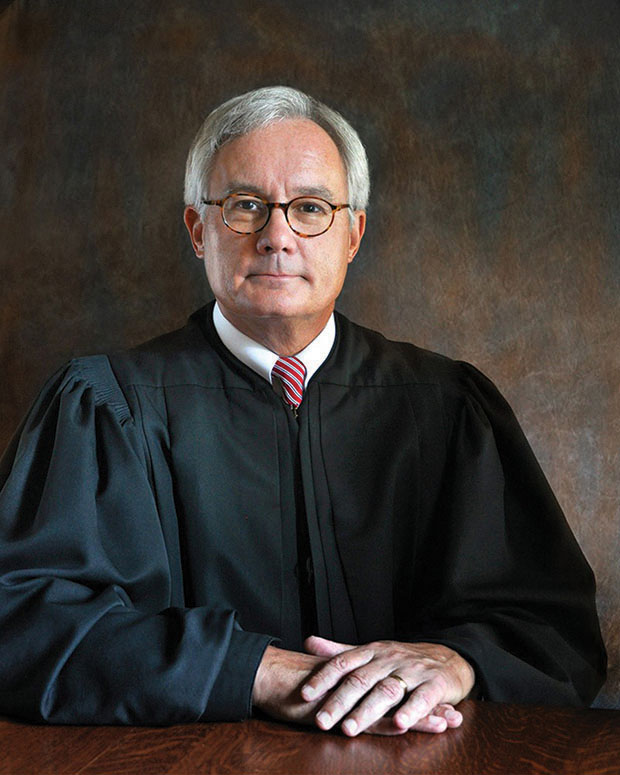 In the September/October 2014 issue of Evansville Living, U.S. District Judge Richard Young talked about his landmark ruling in Baskin v. Bogan, which declared Indiana’s same-sex marriage ban unconstitutional. After more than 31 years in state and federal courts, Young now looks back on his career in the seven years since that historic decision.

Sitting in a lounge chair in his office Downtown in the Federal Court Building, Young recalls being appointed U.S. District Judge by President Bill Clinton on March 25, 1998. He had previously served as Vanderburgh Circuit Court Judge (1990-1998) and went on to become chief judge from 2009 to 2016.

“It’s been an honor to serve as a judge,” says Young. “It’s a position of trust, and the community puts a lot of trust in our judges to work hard and make sound, thoughtful decisions. And we certainly try to do that.”

Although Baskin v. Bogan is the case Young often gets attention for, he’s also ruled in several other high-profile cases. In 2014, Young ruled that the state law governing municipal judge elections in Marion County was unconstitutional. That same year, he was a presiding judge in a products liability multi-district litigation of more than 8,000 cases involving medical devices made by Cook Medical in Bloomington, Indiana.

Young says he isn’t done making an impact on Evansville, but he is considering changing directions. At 68 years old, he is eligible to retire or choose senior status, which would reduce his caseload and allow the president to appoint his successor to the court. He is also focusing on external projects, such as increased awareness and improvements for local mental health facilities and services.

“I’m starting to round third base and coming into home,” he says. “I’m thinking of slowing down a little bit and I would like to travel more. So stay tuned.”