A Toast to the End of an Era 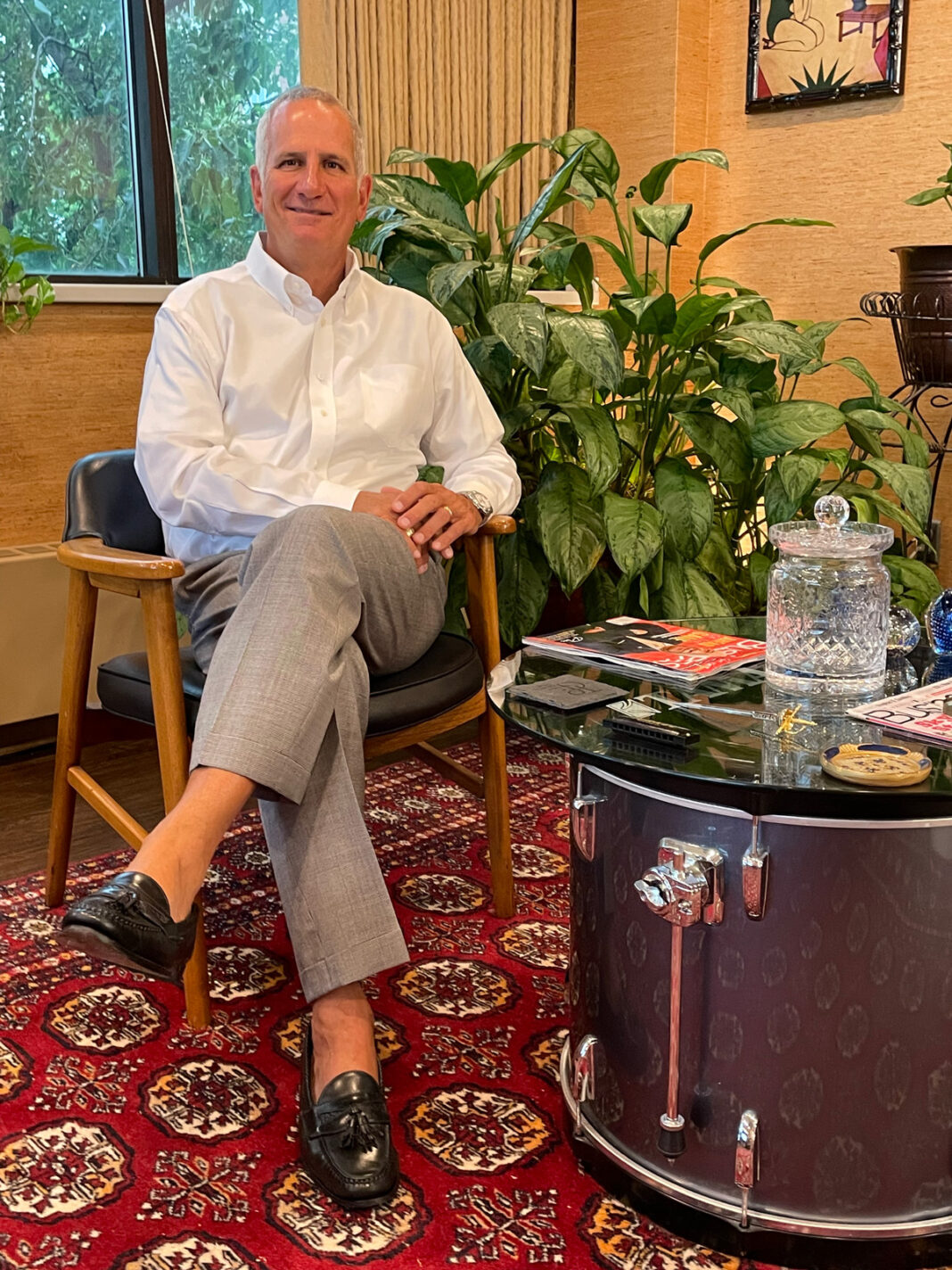 Sitting on the large expanse of my English partners desk is a copy of our December 2019/January 2020 Evansville Business magazine. The former Old National Bank building, now known as the Fifth and Main Building, is on the cover. (Ok, why the mention of my large desk? Because it can hold more miscellaneous crap that I obviously must be aspiring to accumulate. It was bought off the back of a truck unloading on Main Street.)

The building has loomed over our city since being completed in 1970. It’s truly the local landmark. My first “real” professional employment was in the building on the 10th and 11th floors. I was first placed on the 10th floor with a river view and aspirations of making it to the 11th floor, where the major players were. The year was 1987, and several of my coworkers stayed the course; they moved up and have had success. I never made the 11th floor office, and moved along.

To this day, a real highlight besides having an indoor parking space (Although I paid for it) was the venerable Petroleum Club on the 18th floor. There was nothing else like it in the city. For very little money for a monthly membership, you had views of the city for miles and could have meetings there all day and use of similar clubs in many major cities. The Petroleum Club had a nice happy hour with a fine spread that was always very well done. I met many fine people there for the first time who I still enjoy crossing paths with to this day. I can’t speak for them.

I am unable to ever discuss the club without mentioning one of my favorite individuals I have ever met: the legendary Tommie Wilson, the long-time maitre d’. Tommie is now deceased; I know where he’s buried in Oak Hill Cemetery, and I think of him often as I run past within the walls.

The Petroleum Club was a special place, and I and many others have missed it since it closed in 2006.

In February 2019, Eric Doden, a founding partner of Domo Development out of Carmel, Indiana, visited Evansville, and while being toured around town, he became excited about renovating the bank building. Domo came up with a detailed mixed-use structure plan. The work was to start in April 2020, with the building opening in summer 2021. I think everyone understands construction delays in the age of COVID-19, and quite frankly, the decrepit condition to which the Fifth and Main Building had digressed. So it was disheartening to learn in 2020 that, after assessing the condition of the building, Domo determined Fifth and Main couldn’t be salvaged after all. But I might add, understandable.

In September, the wrecking ball began swinging on the adjacent Sycamore Building, making large, gaping holes in the sky. It appeared like the demolition crew was making short work of a part of the new development project, which is unnamed at this time. Implosion of the Fifth and Main Building is scheduled for late November. When completed, I believe this new project will be transformational to our Downtown. It includes commercial space, office space, 126 apartments, and a rooftop deck. A new city-owned park and underground parking lot are also planned for the block.

Although the project is running behind schedule from the original plan, let’s make patience a virtue and look forward to the not too distant day when we are strolling downtown and visiting this impressive development, and my hope that the wrecking ball helps to make positive progress.

In this issue of Evansville Business, I especially enjoy the article “Family Strides” on page 12 about the Nolan family of competitive runners. What an impressive family to write about. The kids are quite accomplished both academically and athletically. Their mother Tammy definitely has (and still has) a full schedule keeping up with homework and track and cross country meets. At close for this issue, I was still trying to find anything redeeming about their father, Jim.