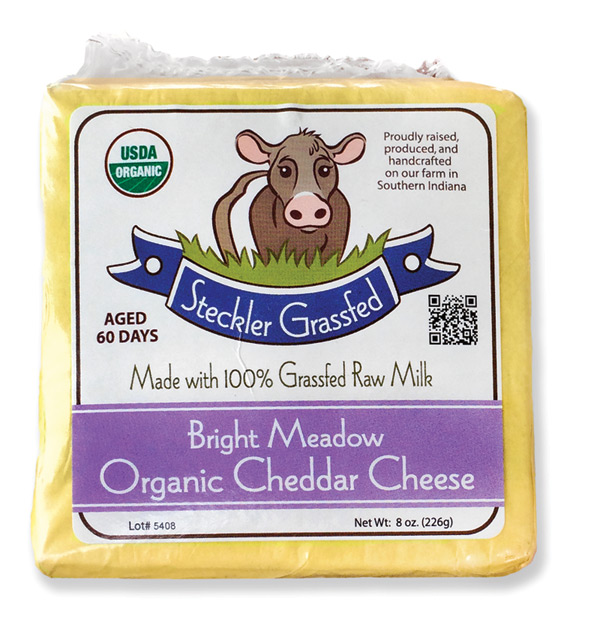 Steckler Grassfed owner Jerry Steckler knows how to cover his bets. When trying to get his product in the starting lineup at the 2016 Kentucky Derby, he admits to using a few tricks up his sleeve.

“The secret is giving them cheese cube samples. It gets their attention,” says Steckler.

One bite from their sales rep Stan Ledford at distributor Piazza Produce, and he knew he had the winning ticket. He took the Raw Milk Cheddar Cheese to the chefs at Churchill Downs, who placed an order for 200 pounds of the Dale, Indiana, produced organic cheese to be served at the Kentucky Derby.

The 40 five-pound blocks of the cheese were sent through Piazza; the average day of sales at Steckler is about 80 pounds.

“It was easily our single biggest order for one day,” says Steckler.

He hasn’t heard anything about how well it was received but hopes to be asked back.

“If I was dreaming, I would love to get it to all three races of the Triple Crown,” says Steckler. “Being at the Derby was definitely a feather in the cap.”

For more information about Steckler Grassfed, call 812-683-3098 or visit stecklergrassfed.com.