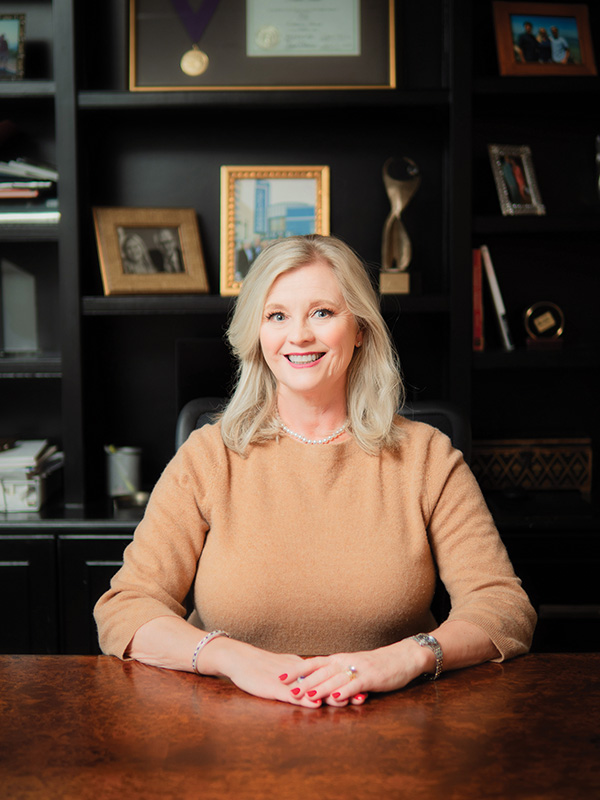 There is little doubt these days many of us have more time on our hands. Of course, people are busy, too, working hard to sustain their businesses and innovate solutions, moving their kids, as we did recently to Indianapolis and to Louisville (the oldest returning to Butler University for his MBA and the youngest beginning at the University of Louisville), caring for friends and family members, and just going about our daily lives. Still, a significant change the pandemic has brought is more time for ourselves and for our families. Granted, my husband and I now are empty nesters, and I am admittedly just a bit excited about that.

After dropping Jackson off at U of L in mid-August, we were in no particular rush to get home. We had texted our terrific next-door neighbors to ask if they could go over and let out our dog Jed. So, returning home on I-64, we veered south just west of Corydon, Indiana, toward Leavenworth, home of the The Overlook Restaurant where we stopped for dinner and a view. Walking up to the restaurant, we noted how the Ohio River looks so different from that vantage point and talked about how the lower Ohio River Valley is really beautiful. After our made-from-scratch meals, as we were checking out — at the front of the restaurant is a glass case of chocolates — I noticed a stack of tourist maps, the kind where the map is torn from the pad. I took one. Titled, “Stay and Play in Southern Indiana,” the map depicts the lower one-quarter of the state. I noticed how many points of interest were marked along I-64, across the lands where President Abraham Lincoln roamed as a child, skirting the Hoosier National Forest and the O’Bannon Woods State Park, over cave country, and into Corydon (Indiana’s first state capital) and the Greater Louisville, Kentucky, area. 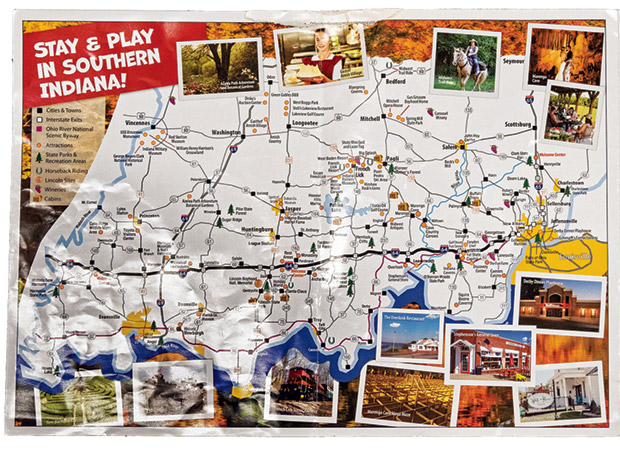 And the immediate thought of exploring the route from Evansville to Louisville in its entirety came to mind. After all, we’re empty nesters and we will be visiting our son in Louisville fairly frequently, I would imagine, especially as we move post-COVID. On this trip, we had time to stop off in Leavenworth; next visit perhaps we will turn north to Hemlock Cliffs near English, Indiana. Or maybe we will rent a floating cabin on Patoka Lake next year.

There are areas throughout our state I want to explore. Naturally, with the oldest son living in the Broadripple neighborhood of Indianapolis along the Monon Trail, I am eager to learn the city from that perspective.

Apparently the pandemic prompted studies on the positive effects of exploring your own backyard. One study cited in a June 30, 2020, article on lonleyplanet.com suggests “experiencing new and diverse experiences on a daily basis is linked to positive motions.”

It is in this spirit that we include in this issue, “Day Trippin’,” our suggestions of three outdoor destinations within an hour’s drive from Evansville. Take a look and head out to explore.

Exploration is always the theme of the annual Best Of Evansville feature. We produce this popular competition to recognize what makes Evansville special and to encourage exploration of our city. This year, you will note a nod to categories that can be enjoyed safely outdoors.

I have to tell you how thrilled I am to feature musician Monte Skelton on the cover. Monte received the highest number of votes for Best Musician. We first met Skelton in the July/August 2007 issue of this magazine. He was only 21 and told us then he played 22 instruments. Today, he plays at least 30 instruments and brought along more than a few for his photo shoot with Staff Photographer Zach Straw. Inspired by Skelton’s proficiency with so many instruments, Straw combined his photographs of Skelton taken in the Metropolitan Evansville Transit System terminal Downtown to create the photo
illustration for the cover. The shoot received some curious looks from METS riders.