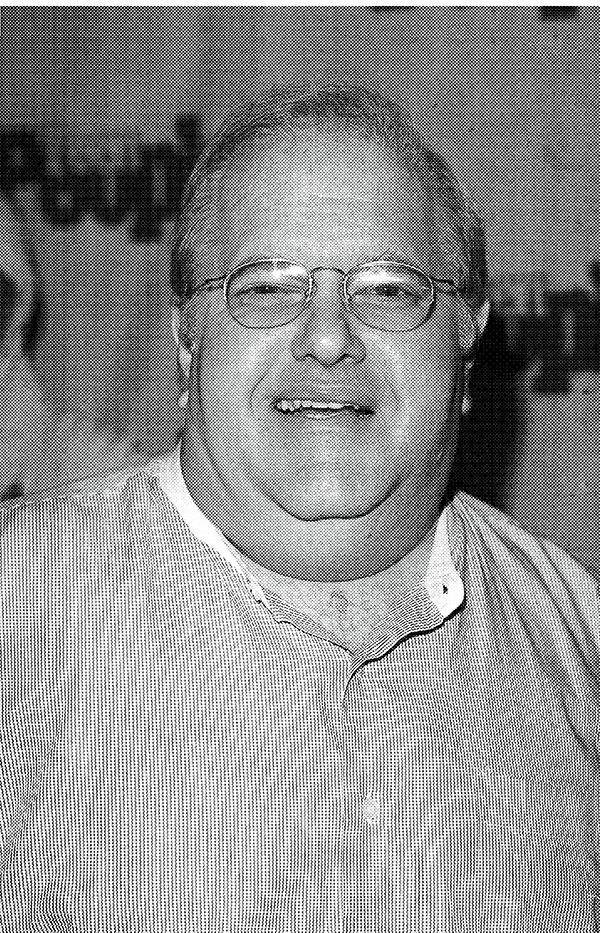 The Evansville community has had its brush with fame and fortune in the past, but none has been so costly as its dealings with Lou Pearlman. If you haven’t heard of Pearlman, you almost definitely have heard of some of his ventures. He was the music mogul and producer behind some of the most popular boy bands of the ’90s and early 2000s — most notably the Backstreet Boys and NSYNC.

Pearlman got into the boy band business in the early 1990s. He was in the plane chartering business and chartered a flight for New Kids on the Block. Pearlman was surprised the young performers could afford a private plane and told ABC News in 2000 that moment was when he realized he was in the wrong business. He moved to Orlando, Florida, and began putting together what would become the Backstreet Boys.

His business dealings even then were certainly not ethical. Pearlman told The Hollywood Reporter in a 2014 interview that each member of the Backstreet Boys made more than $50 million apiece. However, sources refuted that claim, saying the band members never saw more than $300,000 each. NSYNC member Lance Bass told ABC News the band members were given just $35 a day for their per diem. Money troubles weren’t the only problems plaguing the boy band members.

There also were allegations against Pearlman of sexual abuse and harassment, detailed in a story published by Vanity Fair in late 2007 titled “Mad About the Boys.”

For Pearlman, though, the boy bands were a steppingstone to greater ventures and even bigger cons. He used the glitz and glamour of his bands to attract investors to his companies Transcontinental Airlines Travel Services, Inc. and Trans Continental Airlines, Inc. The problem was these companies existed only on paper.

“When we initially started, we just thought it was some bank fraud, which we knew was in the millions,” says Scott Skinner, the former FBI special agent leading the case on Pearlman. “As we got going into it, we discovered he was also selling investments, [employee investment savings accounts]. We discovered he had also sold a tremendous amount of that to — investors is what he called them. Of course, we call them victims, because everything basically he told them was a lie.” 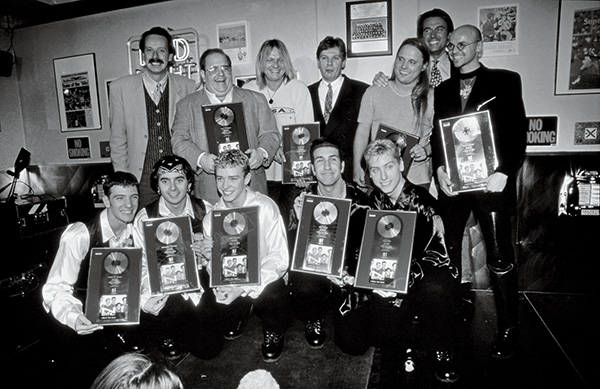 ▲ NSYNC band members are pictured in 1997 with Pearlman during a trip to Munich, Germany, where the band’s record label BMG Ariola Munich was based.

In 2004, a judgment was passed down on Pearlman in a civil suit brought forward by Orlando lawyers J. Cheney Mason and William Pringle, Pearlman’s former lawyers who handled litigation in the late 1990s regarding contract disputes with the Backstreet Boys and NSYNC. Mason and Pringle claimed that Pearlman had not compensated them properly, and Pearlman was ordered to pay $15 million. It was this suit that began to unravel Pearlman’s long-running Ponzi scheme.

During the civil action between Pearlman and his former attorneys, he had to provide financial statements. Mason then provided the documents, which alleged he didn’t have the funds to pay the attorneys, to Skinner and the FBI.

“Cheney [Mason] provided us with the financial statement Lou [Pearlman] had provided him, showing he had no money to pay him,” says Skinner. “We compared that to a few bank records where Lou had submitted a financial statement. They were on opposite ends of the spectrum, and that’s how we got going.”

One of the approximately 50 banks that granted loans or lines of credit to Pearlman was Evansville’s Integra Bank. The bank had a long history in the community, starting in 1850 as Canal Bank on Water Street. In 1863, the bank was renamed as First National Bank and a few years later moved to a new location at First and Main streets. In 1902, First National Bank became City National Bank, and in 1914, moved to the corner of Third and Main streets, which now houses C.H. Robinson. Another name change came in 1922 to National City Bank, and its final name change to Integra occurred in 2000.

According to court documents from a case brought by the Federal Deposit Insurance Corporation (FDIC) as the receiver for Integra Bank against Fidelity and Deposit Company, “Integra, purportedly relying on the advice of Integra loan officer Stuart Harrington, issued eight loans to Louis Pearlman and/or companies owned by Pearlman, totaling approximately $29 million” made between 1999 and 2004.

The suit cites falsified financial reports filed with Integra during the loan application process and states there was no valid collateral. Then, “Pearlman defaulted on the loans, exposing Integra to losses of nearly $23 million.” 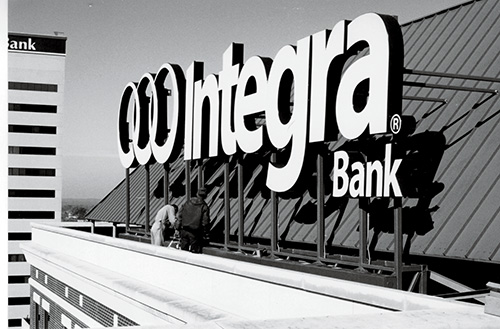 In February 2007, Florida regulators announced Pearlman’s companies were a fraud, and the state took possession of Transcontinental Airlines Travel Services, Inc. and Trans Continental Airlines, Inc. Pearlman, however, had fled and was nowhere to be found.

That is until German tourists spotted Pearlman at a luxury resort in Bali, Indonesia. Coincidently, the tourists had been following stories about Pearlman by Helen Huntley of the St. Petersburg Times and recognized Pearlman from photos in her reporting. They emailed Huntley to let her know they had found Pearlman, and Huntley passed the information on to the FBI.

Skinner contacted the bureau’s office in Jakarta, Indonesia, and sent a team to look into the situation. A few days had passed, though, and the tourist informants were wondering when authorities would arrive to arrest Pearlman. They contacted Huntley again and said they would take another picture to prove the man at the resort was, in fact, Pearlman.

“When he went down to take a picture of Lou, who was eating breakfast at the time, our agents were sitting right behind him getting ready to contact the Indonesian authorities and get him detained and get him arrested and ultimately sent back to the United States,” says Skinner.

On June 14, 2007, Pearlman was arrested in Bali, and on June 27, 2007, Pearlman was indicted by a federal grand jury and charged with three counts of bank fraud, one count of mail fraud, and one count of wire fraud. Then, on May 21, 2008, Pearlman was sentenced to 25 years in prison on charges of conspiracy, money laundering, and making false statements during a bankruptcy proceeding. He began his prison sentence that year with a projected release date of March 24, 2029.

In total, Pearlman had scammed individuals and institutions out of almost $500 million.

“I just think it’s very sad that there are thousands of victims out there who lost their life savings,” says Skinner. “And a lot of them were elderly and were in the twilight part of their years, and they trusted Lou and believed what he said. Unfortunately, what they worked hard for all the years of their lives was gone.”

Back in Evansville, Integra was not faring much better. Susan Orr, a former reporter for the Evansville Courier & Press and a current staff writer for the Indianapolis Business Journal, had switched to the business beat in 2009. 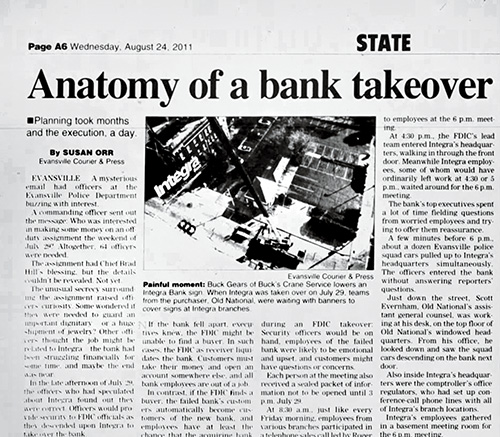 “They were a publicly held company, which means every quarter they filed public financial statements that anyone can read,” says Orr. “As the business reporter, I was reporting on their earnings just as I would report about Old National or any of the other public companies in town. Anybody who followed Integra would have known they were in trouble.”

In Orr’s later reporting, she cited a federal audit report from the Department of the Treasury that stated the bank’s decision in 2003 to grow through commercial real estate lending was the main source of trouble for Integra. The bank had opened loan production offices in Cincinnati, Columbus, and Cleveland, Ohio; Louisville, Kentucky; and Nashville, Tennessee, and in 2007, acquired Prairie Bank and Trust in Chicago. That acquisition would lead to Integra’s demise.

“The Lou Pearlman episode happened, but it by no means was the reason Integra failed,” says Orr. “There were a lot of other factors, and I don’t think anybody cited that incident as the reason the bank failed.”

On July 29, 2011, Integra failed after 161 years in the community. That day, a Friday, Orr and other reporters were standing on the street corner across from Integra’s headquarters Downtown at 21 S.E. Third St. after rumors had been swirling that something was going to happen that day.

“Right at 6 p.m. these police cars just descended on the building from all directions, and they were there, we found out later, to provide security to the FDIC officers, which was just the standard thing that happens in these situations,” says Orr. “But that was something I had not anticipated would happen. I think everybody realized at some point that Integra was probably not going to survive. But — to see all those police cars show up like that in a very coordinated way — that is an image that really strikes me.” 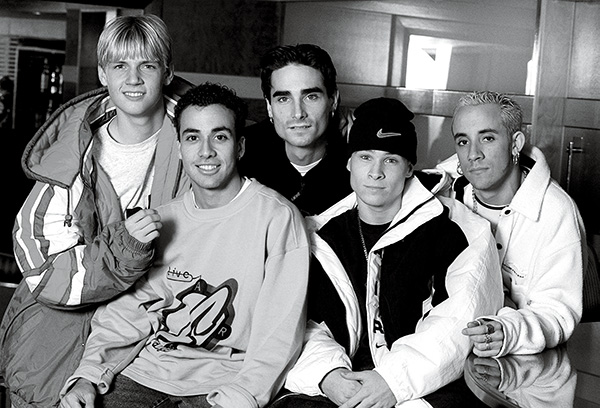 “A priority during this time was the care and treatment of the associates, many our neighbors and friends,” says Kathy Schoettlin, executive vice president, chief culture and social responsibility officer at Old National. “We worked to place as many associates as possible and developed a scholarship program with Ivy Tech for those who weren’t presented with an opportunity. Frequent and open communication, support, and transparency were priorities from the time of the announcement to the point of consolidation.”

While Integra didn’t survive long enough to recover assets from Pearlman, most of the banks and individuals never received proper or full restitution for the funds lost to Pearlman’s scam. Soneet Kapila, the Chapter 11 trustee appointed to Pearlman’s case, recovered funds in the high $30 millions. Only 4 percent of that was returned to victims.

“Soneet really did a good job in recovering assets, but part of the recovery of assets means legal fees and accounting fees,” says Skinner. “Unfortunately, a lot of what was recovered was eaten up by those fees, so people, if they got anything back, it was certainly pennies on the dollar.”

Since Pearlman’s prison sentence began, he has been the focus of several true crime TV shows and documentaries, including an episode of “American Greed” that aired in 2009, a documentary called “The Boy Band Con: The Lou Pearlman Story” that premiered at last year’s SXSW festival, and an episode of “20/20” that aired in December 2019. The latter two Pearlman never got to view. On Aug. 19, 2016, Pearlman died of cardiac arrest at the Federal Correctional Institution in Miami, Florida. He was 62.

“I don’t think he planned for this to go south like it did. In his mind, he was working on a legitimate business,” says Skinner. “Then when the boy bands exploded, he thought here’s a way he could make a lot of money, and he did. He just got in over his head. But there was a point where he knew he was in over his head, and at that point, that’s when it changed from trying to have a legitimate business to a fraudulent business. It’s common in a lot of these guys, ‘Hey, I just need one more hit. I just need one more band. I just need one more movie. I get one more loan from the bank, and I’ll pay everyone off and everything will be great. But unfortunately, it didn’t happen for Lou, and it didn’t happen for a lot of guys like him.”