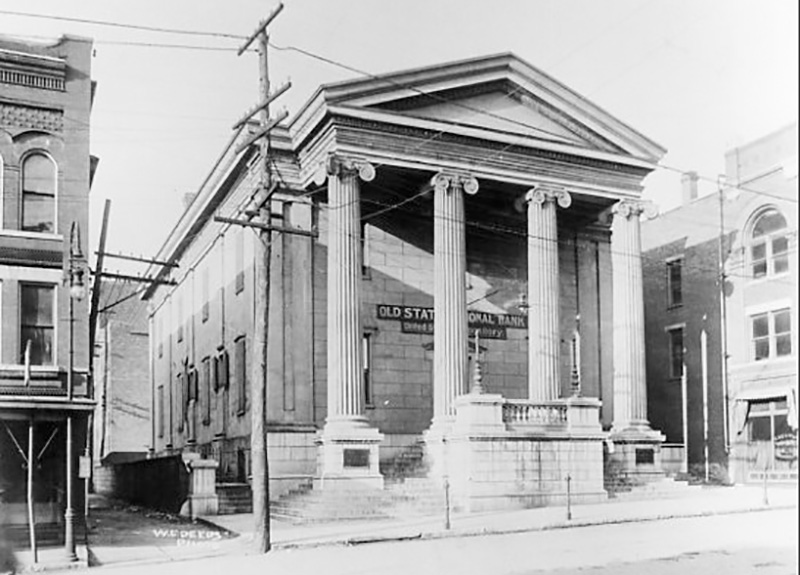 A grand building resembling a Greek temple once stood on the edge of Main Street and Riverside Drive. A symbol of security and power, the Old State Bank of Indiana constructed the branch at 20 Main St. in 1834.

One year later, the building traded hands to the Old State National Bank (of Evansville) pictured in this photograph from the Willard Library digital archives in 1910. The building’s façade was renovated in 1855 to increase Greek theme with the four Ionian columns, seen in the photograph.

The bank’s charter expired in 1885 and was renewed in June of that year as Old National Bank. The company would continue to grow and expand into the major financial institution we know today, moving further up Main Street in 1916. 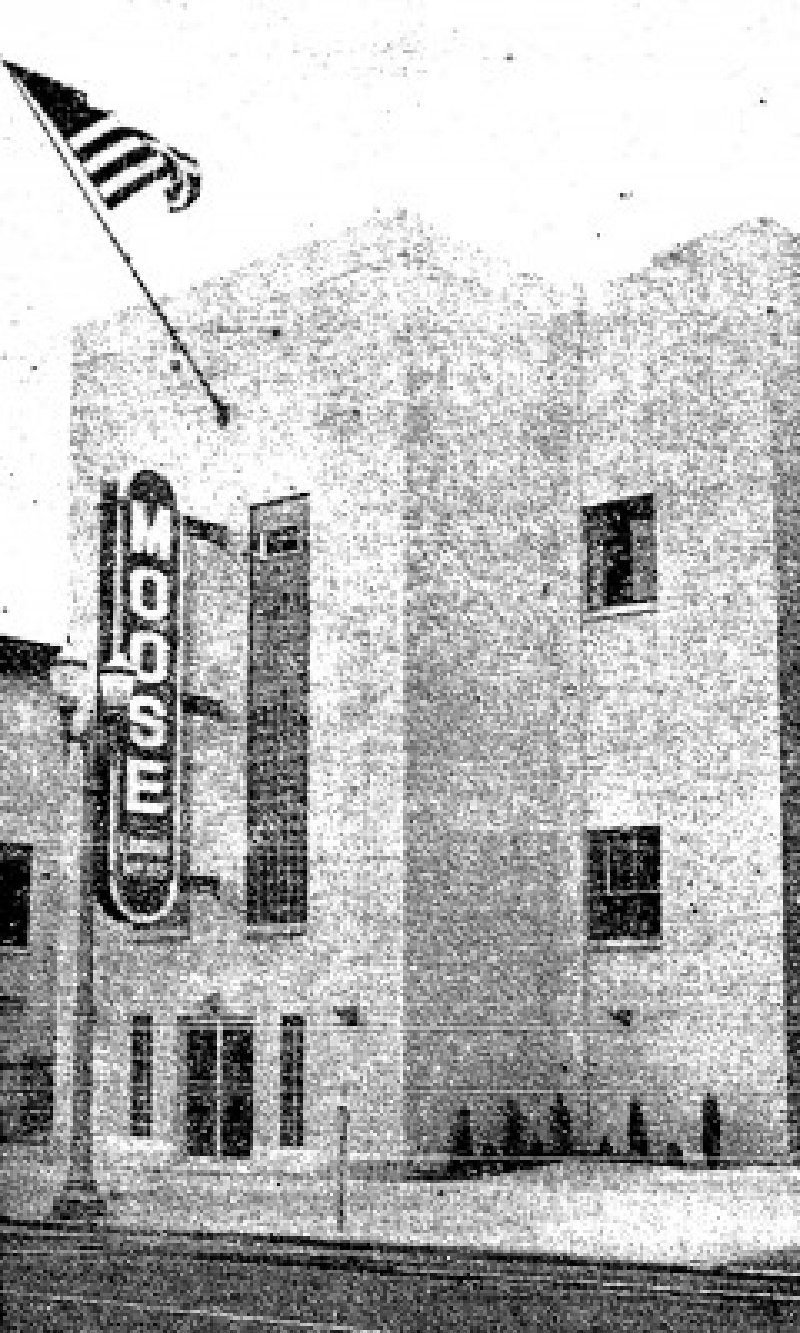 With Old National’s departure, the building would fade into history. The Loyal Order of Moose eventually turned the vacant structure into their 85th Lodge, demolishing its iconic facade to a plain front in 1950.

In 1956, the Petroleum Club became the next owner of the structure. They made plans to remodel for their new headquarters but eventually moved to a space inside the new Citizen’s Bank building (now 420 Main which is scheduled to be demolished).

As a result, one of the oldest buildings in the city was left vacant and eventually razed in 1959. Today, the area is a parking lot — specifically the parking lot connecting to the lot used by the staff of Evansville Living behind our offices on Riverside Drive.