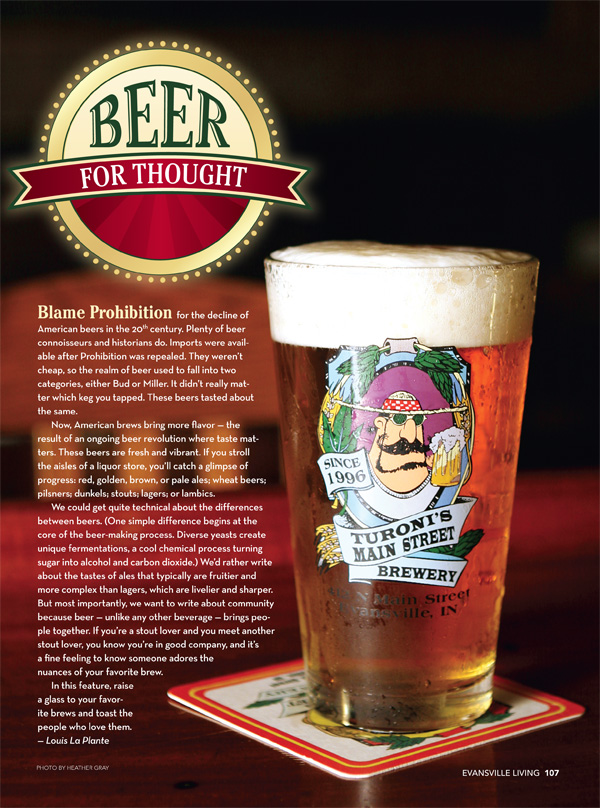 Blame prohibition for the decline of American beers in the 20th century. Plenty of beer connoisseurs and historians do. Imports were available after Prohibition was repealed. They weren’t cheap, so the realm of beer used to fall into two categories, either Bud or Miller. It didn’t really matter which keg you tapped. These beers tasted about the same.

Now, American brews bring more flavor — the result of an ongoing beer revolution where taste matters. These beers are fresh and vibrant. If you stroll the aisles of a liquor store, you’ll catch a glimpse of progress: red, golden, brown, or pale ales; wheat beers; pilsners; dunkels; stouts; lagers; or lambics.

We could get quite technical about the differences between beers. (One simple difference begins at the core of the beer-making process. Diverse yeasts create unique fermentations, a cool chemical process turning sugar into alcohol and carbon dioxide.) We’d rather write about the tastes of ales that typically are fruitier and more complex than lagers, which are livelier and sharper. But most importantly, we want to write about community because beer — unlike any other beverage — brings people together. If you’re a stout lover and you meet another stout lover, you know you’re in good company, and it’s a fine feeling to know someone adores the nuances of your favorite brew.

In this feature, raise a glass to your favorite brews and toast the people who love them.

Articles from our Beer Feature: