Stephen Plunkett enrolled in the University of Evansville’s Department of Theatre in 1999 counting on close encounters with talented actors. The Texas native never imagined, however, they would include an audience with Meryl Streep.

“That was not something you expected to happen in Evansville, Indiana,” recalls Plunkett.

His meeting with Streep came courtesy of then-Evansville Museum Director John Streetman, who had hosted Plunkett and several of his classmates through the University of Evansville Theatre Society’s Adopt-a-Student program. Streetman introduced the celebrated actress to his UE adoptees during a 2001 museum reception for sculptor Don Gummer, Streep’s husband. He remembered Streep praising the work of professional actors trained at UE.
“She said, ‘No one does it like the University of Evansville,’” says Plunkett.

Several students Streep met that night went on to validate her assessment. At 36, Plunkett’s own credits include roles on Broadway, in films and television, including the role of Robert Saunders on “Rise,” an NBC series debuting March 13. Others at that 2001 meeting included Rami Malek, star of USA Network’s  “Mr. Robot,” and Kelli Giddish, a featured player on NBC’s “Law & Order: Special Victims Unit.” 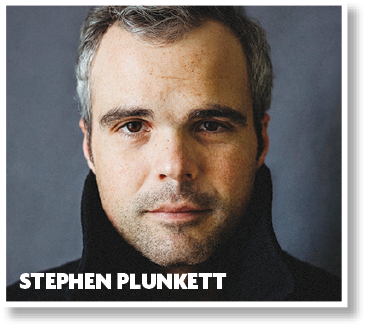 This year the UE Theatre Society celebrates its 50th anniversary. The organization has played a vital supporting role helping the theater department recruit top students and build its reputation as one of the nation’s leading undergraduate programs, says John David Lutz, who headed the department for 31 of his 53 years teaching at the university.

An outgrowth of a Junior League program, the Theatre Society launched with about 42 volunteers whose board members met in kitchens to plan fundraising and support activities. Today the organization lists 480 members who contribute between $25 and $1,000. Its programs include financial assistantships for students who work backstage and in the box office, a travel fund to take theater students to professional stage productions each semester, and another endowed fund to bring professionals to UE to lead master classes and share their professional expertise on productions.

Board members also have taken leadership roles in big fundraising efforts, including a $3.5 million renovation and expansion of Shanklin Theatre that broke ground in 1990. Sharla Cowden, UE Theatre’s managing director, calculates that in its first 50 years the Theatre Society has raised more than $5.5 million for the program. 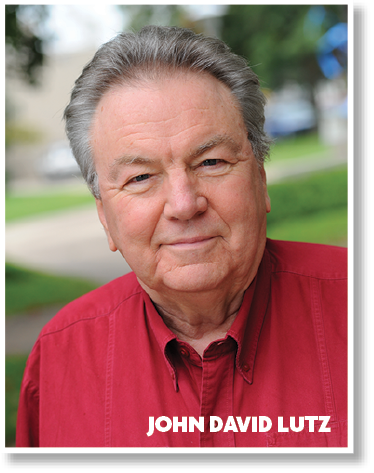 “Its not primarily a fundraising organization, however,” says Lutz. “That’s secondary.”

Fifteen years after leaving UE, Plunkett continues to receive cards, emails, and calls from Streetman, the man who introduced him to Meryl Streep.

For more information about the UE Theatre Society, call 812-488-2744 or visit evansville.edu/majors/theatre/society.cfm.

To commemorate 50 years serving the university’s theatre department, the UE Theatre Society will celebrate with a gala “Gilt by Association.” The evening kicks off at 6:30 p.m. April 6 in the Old National Bank Atrium, 1 Main St. Guests can participate in an arts-centric silent auction and creative live auction, featuring the Great White Way package. This special package includes a backstage tour and two house seats to Broadway’s “Hamilton: An American Musical;” high tea at The Palm Court at the Plaza; a $500 hotel voucher; and round trip airfare. All proceeds from the evening directly benefit the theatre society’s mission.