Beneath massive Downtown Evansville structures like the Ford Center, Tropicana Evansville, and the Stone Family Center of Health Sciences lies an intricate network of sewer pipes, cable wires, and gas lines. Though hidden from street level, these utilities power our community, and making sure they are located and protected is the name of the game for On the Spot Utility Resources.

A common refrain from the energy industry is “call before you dig” to ascertain the location of utility lines; and neglecting to do so can have disastrous consequences: Intercepted lines can be damaged or spring leaks, leading to utility service interruptions and potentially endangering surrounding businesses and residences. As such, On the Spot owners Brandon and Allison Long have made it their mission to ensure critical assets for both private and public property are protected during construction and renovation projects.

“I always say that (if) you’re able to go home at the end of the evening and you’ve got electricity, you got cable, TV, phone, (and) high-speed internet, and your gas is working, you can take a shower and flush the toilet, then we’ve done our job,” says Brandon. “It’s very important to us that all those services are uninterrupted.”

Brandon began locating utility lines when he was just 18 years old, working for various companies locally after graduating from Castle High School in Newburgh, Indiana. While working for a local telecommunications company in 2008, he decided to start his own business doing private locating, and On the Spot was born. While still working full time, he performed location services on the side for five years before going full time in 2013.

“We took kind of a huge leap of faith,” says Allison. “I think we’d both be remiss if we said that it wasn’t scary, and we freaked out a little bit. We went a couple of weeks with no jobs coming in, and we were just like, ‘What are we going to do?’ But then a couple weeks after that, it just picked up, and it really never stopped after that.” 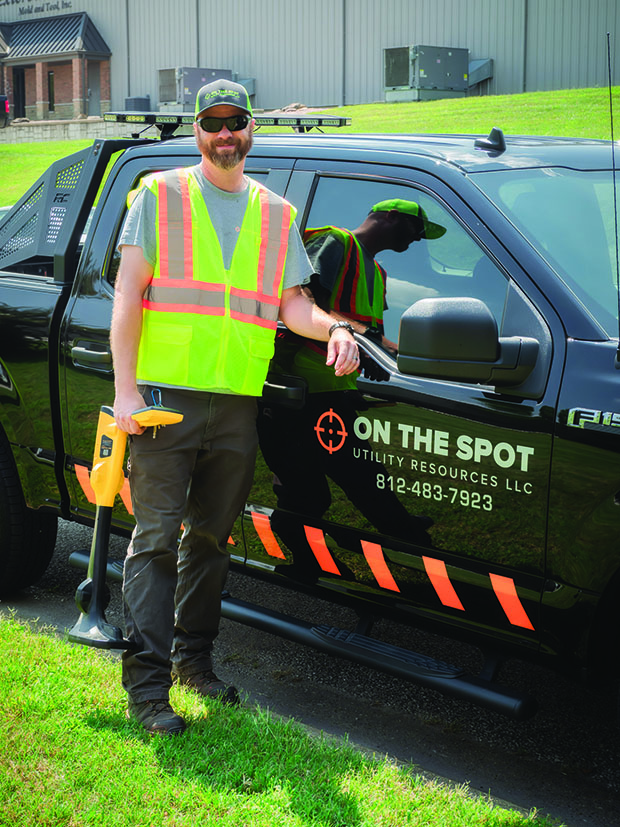 Business continued to gain steam in 2016, when the company signed a contract with the Evansville Water and Sewer Utility to perform contract locating services. This eventually led to a contract with the City of Owensboro, Kentucky, and Muninet Fiber in Paducah, Kentucky later that year. On the Spot also contracted with Vectren (now CenterPoint Energy) to perform utility location services for its energy customers starting in 2018.

To accommodate the influx of new business, On the Spot had to expand, and quickly. In less than 90 days, the company went from eight to 57 employees. The current number of employees is 115.

Brandon married Allison in 2011. She worked for the McDonald’s Corporation at the time and was as a supervisor of nine restaurants for 18 years before joining her husband as On the Spot’s president and co-owner in 2018. She also worked for On the Spot full time prior to that, spending late nights and every weekend dedicated to growing the company.

“Our quality work has really helped us continue to grow,” Brandon says. “We just can’t brag enough about our people. They always answered the call, especially during the pandemic. We had people that were looking for ways to do more, looking for ways to help out.” 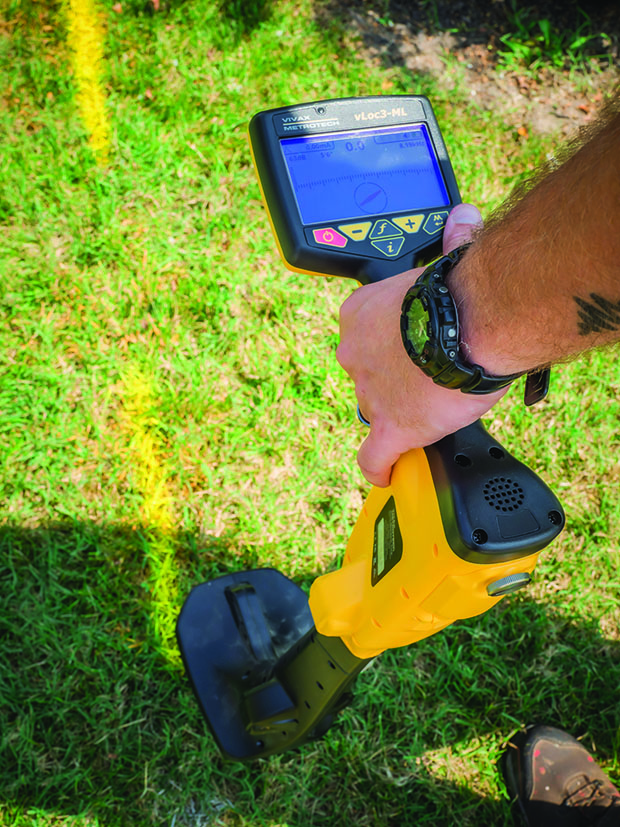 Before private companies or property owners can do any expansions or construction projects that require them to dig underground, they call 811, a national call-before-you-dig number that dispatches a utility locating request to utility companies in the area. A locate request is generated by the utility companies and then forwarded to On the Spot.

The majority of On the Spot’s work involves heavy industrial and commercial industries and residential property locating through the 811 Statute. It also performs residential and private locating services using a variety of methods to precisely pinpoint underground utility lines with little to no map records for reference, including Ground Penetrating Radar (GPR), a non-destructive geophysical method that deploys radar pulses to image the subsurface.

Other services include fault finding to locate the point of compromise along underground wiring, invisible fencing, and communication lines; conduit, duct, storm, and sanitary sewer facility locating; and even a watch dog service that dispatches a member of On the Spot’s team to supervise contractors digging in or around high-profile facilities.

“We’re a company of locators. Every single one of our supervisors has been in this industry,” says Allison. “They’ve located, they’ve been out there, they know what is going on. It speaks volumes knowing that (our locate technicians) have a supervisor that knows what they’re going through.”

The company currently dispatches and responds to locate requests throughout Indiana, with a heavy presence northwest of Indianapolis and south all the way to Evansville, where it’s headquartered. 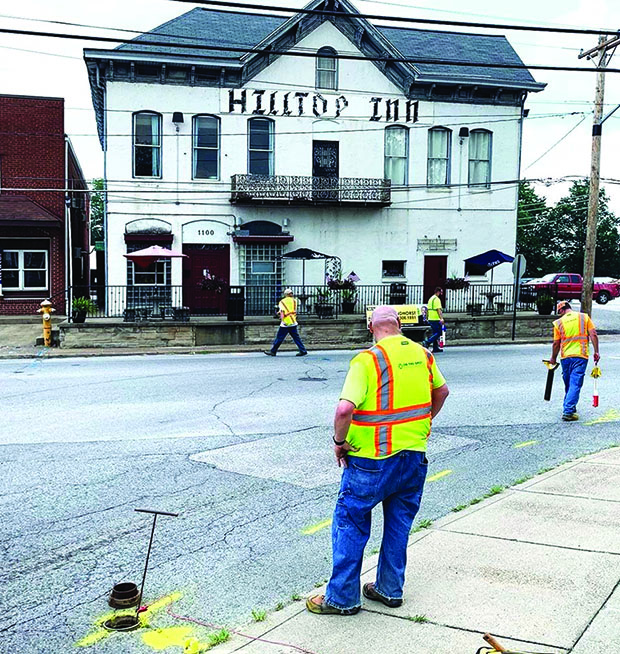 On The Spot technicians are on call 24/7. Brandon says the service provided is important to the community because it is a preventive measure against potentially dangerous groundwork. He says he’s seen all types of damage throughout 20-plus years locating utilities, including house explosions caused by damaged gas lines.

“Let’s say you’re doing some landscaping, and you go out and put a shovel through your gas line, because you didn’t have a locator,” he says. “While the chances may be small, there could be an ignition.”

On the Spot is at the forefront of utility and infrastructure damage prevention that contributes to projects that transform skylines and revitalize communities, providing an important service to the area which only has a handful of other locating companies.

“It’s not just the logo on the side of the truck, it’s us, and our people feel the same way,” says Brandon. “They’re invested in it as well.”

Photo provided by on the spot Utility Resources.