Nashville, Tennessee, and music go together like Johnny Cash and June Carter. But as one of the fastest growing cities in the south, the Music City is expanding its reputation. On a recent trip to Nashville, I passed up the honky-tonks and clubs for some of the new breweries calling Nashville home.

Located in the Pie Town neighborhood (just south of downtown), the 6-year-old Tennessee Brew Works puts a big emphasis on bringing in local Tennessee ingredients into their beers whenever possible. Two of their popular original draughts — Southern Wit and State Park Blonde Ale — use barley grown by local farms. In total, Tennessee Brew Works keeps four regulars on tap, with a selection expanding up to 20 beers.

My favorite: the State Park Blonde Ale. But the seasonal King Chestnut was a smooth brown ale I also enjoyed. tnbrew.com

In the last four years, Fat Bottom Brewing has established itself as a destination brewery on Nashville’s west side. At its 33,000-square-foot facility, Fat Bottom brews four mainstays and a collection of rotating seasonal beers. The brewery also likes to dabble in experimentation while investing heavily in making their core beers high quality. Fat Bottom also has found success in branching out.

“It’s really being true to who we are and the recipes we found we’ve liked, we believe in, and people have responded well to,” says Zach Easterwood, who handles brand development at Fat Bottom.

For me, I found the flagship American pale ale W.A.C and American red ale Ruby to be pretty tasty drinks. fatbottombrewing.com 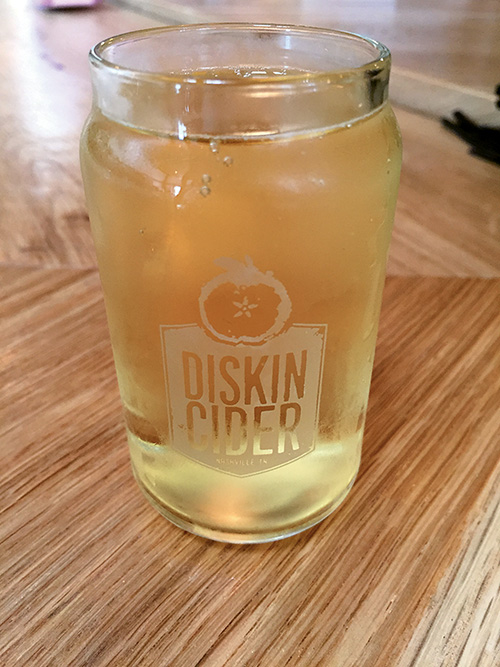 If beer isn’t your preferred drink, but you’re looking to experiment with other alcoholic beverages, I highly recommend a trip over to Diskin Cider, in the Wedgewood-Houston neighborhood. Co-owners Todd Evans and Adam Diskin opened middle Tennessee’s first craft cidery in May after spending seven years making their own cider in a garage.

“Our goal here from early on is to break that perception of sweet ciders. We wanted to introduce a craft cider to Nashville and the state,” says Evans.

The endeavor has been a success. With 14 ciders on tap, flavors range from semi-sweet and tart fruit ciders to a more traditional dry English cider, Bob’s Your Uncle. diskincider.com