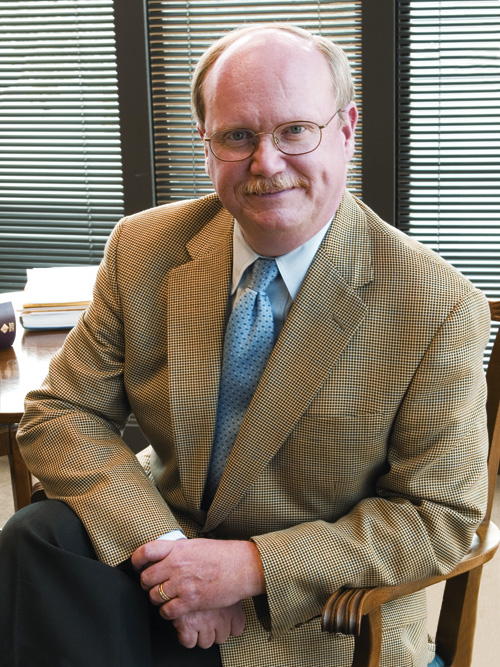 Growing up in Evansville, some of Brian Williams’ fondest moments came from his days as a Boy Scout — attending the World Jamboree in Japan and canoeing the Boundary Waters in northern Minnesota.

The experiences and life lessons made Williams a passionate believer in the Boy Scouts of America, and since the early 1980s, he’s volunteered for the organization in a variety of leadership roles. (He also has watched his sons Seth, a second-year law student at Indiana University’s Maurer School of Law, and Nathan, a senior in the honors program at IU’s Kelley School of Business, grow up in the local Buffalo Trace Council and attain the rank of Eagle Scout.)

As the Boy Scouts of America celebrate their 100th anniversary this year, Williams, a partner at Kahn, Dees, Donovan & Kahn, looks forward to his own milestone. He’s one of three key leaders for the Central Region — 13 states from West Virginia to South Dakota — and is in charge of operations for the National Scout Jamboree in Fort A.P. Hill, Va., July 26-August 4. Up to 45,000 youth and adults are expected to attend the gathering.  – Kristen Lund

There are a whole host of lessons one learns in Scouting. The program is character- and values-driven. As a youth, you don’t think about it that way. You realize it as you’re going through the program; you probably come to appreciate it more even after you leave the program.

As a parent, it’s a fine line between how much you push and shove and how much you just have to give children an opportunity and let them find themselves. My sons became active in the Cub Scout program primarily because Mom and Dad took them that direction. … The boys visited a unit, they liked it, and they’ve participated in it ever since. Frankly, part of the success of the Scouting program is finding a unit that fits your family’s personality and has an active program.

I think the focus on outdoor programs is critical for teaching youth many aspects of leadership and character development. It’s a means by which it’s fun to learn those kinds of things. Environmental issues clearly are a part of an outdoor education — “leaving no trace” is one (message) that has ramifications throughout one’s life. You carry that through in your career — leave your job and leave your clients in a little better position than they found themselves.

For more on the Buffalo Trace Council of the Boy Scouts of America, visit www.buffalotracecouncil.org or call (812) 423-5246.