On the banks of the Ohio River, many local manufacturing businesses saw the abundant supply of corn, rail access, and a willing work force as an ideal location to settle. Several family-owned businesses have continued operations through multiple generations and have deep roots and investments in the area. The companies have evolved as consumer trends have shifted — some changing their profit strategies, some buying other entities to create a diverse portfolio, and some staying ahead by regularly introducing new products.

The first company to offer leasing options to business customers in Evansville built its current headquarters on Morgan Avenue in 1970. It has direct operations in 40 states and more than 6,800 employees. United Leasing, which was founded in 1964, is in its third generation of family leadership and offers equipment to a variety of industries including fitness, medical care, transportation, and printing.

The pediatric nutrition leader has contributed to Evansville’s economy for more than 100 years. Today, it employs more than 900 at its area manufacturing plant and research facilities. One of its most successful products is its baby formula, Enfamil. Formula sales are expected to increase overseas since China stopped its one-child policy. 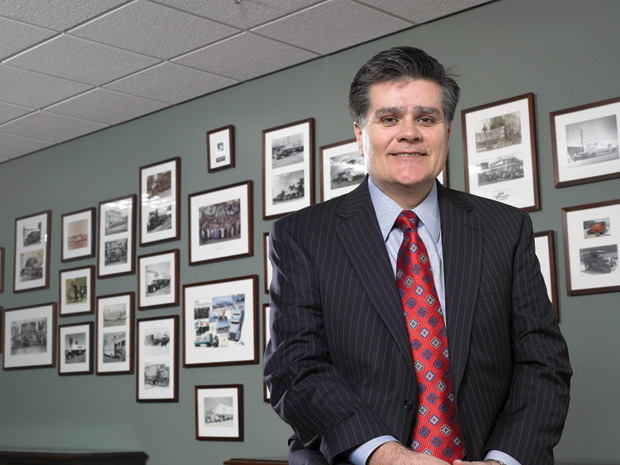 It’s not the average moving company, providing services for corporations, governments, and military divisions seeking to relocate employees. The latest battle for Atlas, which was founded in 1948, has been against what CEO Glen Dunkerson calls “rogue movers.” These competitors sell moving assistance online, but don’t have the equipment to perform the services. “That’s something as an industry that we constantly battle against,” says Dunkerson. 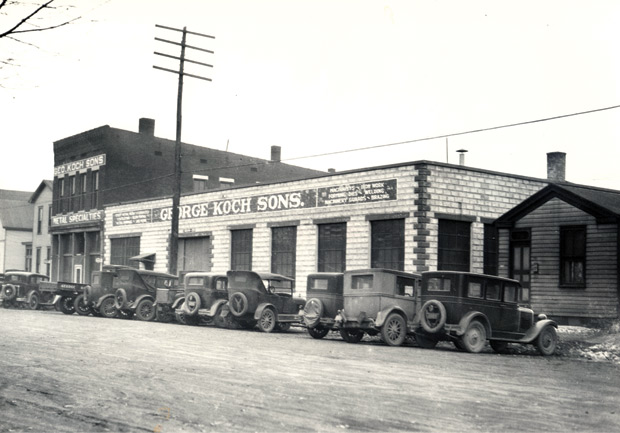 The holding company has been operating in Evansville since 1873 and is in its fifth generation of family leadership. With seven operating businesses involved with metal recycling, equipment design, automotive parts manufacturing, and wholesale distribution, it’s the eighth largest private business in Indiana with more than 2,700 employees and about 1,400 in the Evansville area.

The largest wholesale bakery in the state introduced the now iconic Bunny Bread in 1947 and moved operations to Evansville after purchasing the Hartford Bakery in 1964. The family-owned business is known for being proactive as the first to remove trans-fats from products starting in 1987. The latest consumer trend? Half loaves, which are 10 ounces compared to the regular 16 or 24 ounces. “Proportion size is important,” says Executive Vice President Peggy Lewis.

The family footwear retailer has a presence in 33 states and Puerto Rico. Its headquarters is located on the East Side of Evansville, and its distribution center is on the North Side. The company, which was founded in 1978, announced plans in June 2015 to introduce downsized stores as a way to open in smaller markets. President and CEO Cliff Sifford says it’s a “tremendous, untapped opportunity” for Shoe Carnival to experiment with. These scaled-back outlets should begin opening doors throughout 2016.

Known as Imperial Plastics until 1983, the company has more than 100 manufacturing facilities in the world and two locations in Evansville. With more than $5 billion in revenue in 2014, it ranked as the seventh largest public company in Indiana. The plastics packaging provider is known for producing the widest range of open top containers in the industry and as the leading manufacturer of closures, or lids. To find a plastic product made by a different company is a rarity. On site, Berry Plastics has exhibition rooms including a kitchen, bathroom, bedroom, and outdoor patio — all stocked with proper household products to demonstrate to its clients what the products will look like in a home or car.

While locally headquartered companies keep the manufacturing industry thriving in Evansville, several regional employers pack a strong punch on the economy. These large companies tend to attract affiliated businesses, like real estate, and signify to smaller businesses that the area is a smart place to locate.

The production company acquired the GE Plastics plant in 2007 and has 1,200 employees on staff today to manufacture auto parts, consumer goods, and medical products in Mount Vernon, Indiana. It is the largest private employer in Posey County, Indiana.

When the aluminum sheet manufacturer committed to opening a plant in Warrick County, Indiana, in 1956, the area celebrated the significant investment and boost to the economy. The company generates hundreds of millions of dollars annually. Alcoa recently announced plans to permanently close its Warrick County smelter, but its rolling mill and power plant will remain in operation. The company has been credited with supporting nearly 6,000 jobs in the Evansville metro area. 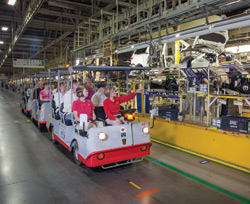 With a team of 5,000, the company assembles the Sienna, Sequoia, and Highlander/Hylander Hybrid at its plant in Princeton, Indiana. Toyota is investing $100 million to expand its facility and increase production significantly by summer 2016. In spring 2015, the plant surpassed 4 million total vehicles assembled. A spokeswoman says Gibson County is great for the available workforce, rail carriers, and access to interstates and highways.