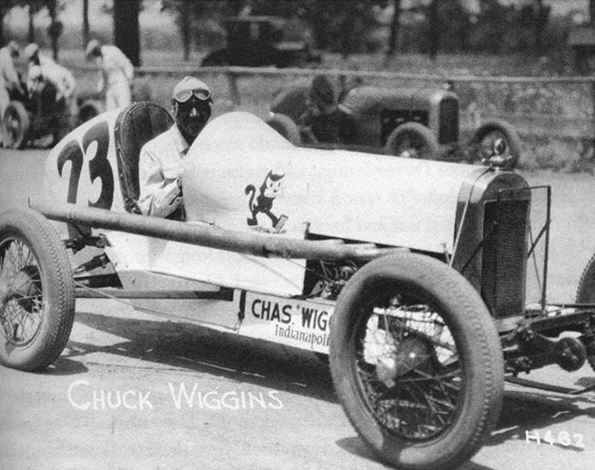 From 1924 to 1936, the Colored Speedway Association’s Gold and Glory Sweepstakes was the premier racing event for people of color barred from the segregated Indianapolis 500. In the race’s last year, one driver lost control of his car in the second lap, causing a 13-car accident that would cost one of racing’s greatest drivers his career and, later, his life.

Born in Evansville on July 15, 1897, Charlie Wiggins was destined to be a car man. As a shoeshiner at 11 years old, he picked up mechanical skills by watching engineers through the open door of the neighboring auto shop. By 1920, Wiggins had moved to Indianapolis to work at another garage and began constructing his soon-to-be-famous racing car, the “Wiggins Special.”

In 1924, he entered the Gold and Glory Sweepstakes for the very first time. He would go on to win the 100-mile dirt track race at the Indiana State Fairground four times from 1924 to 1936, earning him the nickname “Speed King.”

In 1934, Wiggins snuck into the Indy 500 disguised as a janitor to be lead engineer on Bill Cumming’s Boyle Products Race team, but wasn’t allowed to stand on the podium.

After losing his right eye and right leg in the 1936 crash, Wiggins became a mentor for young Black racers and advocated to end segregation in racing. While he died in 1979 due to infection in his amputated leg, his legacy lived on and he was inducted into the Automotive Hall of Fame in 2020. Wiggins is also commemorated by a historical marker adjacent to the Evansville African American Museum.

Welburn Media Productions will begin production on a feature film titled “Eraced” adapted from an Emmy-winning documentary about Wiggins’ life in late spring 2022.