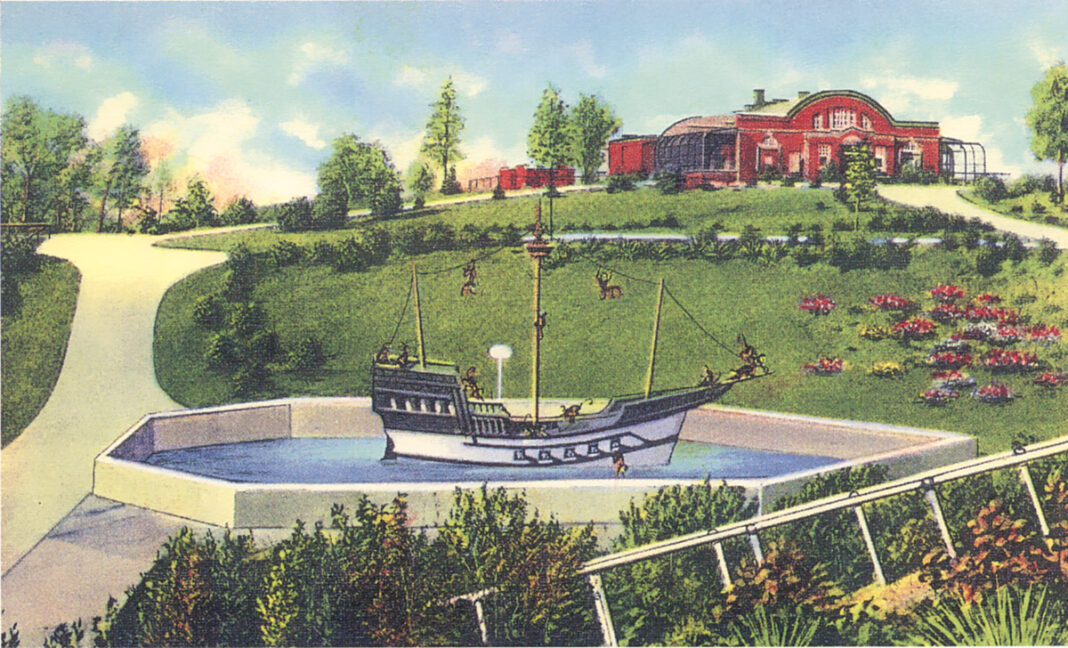 The one-third scale replica of Christopher Columbus’ flagship, the “Santa Maria,” has been landlocked at Mesker Park Zoo & Botanic Garden since 1933, but continues to raise fascinated eyebrows from its visitors. The concrete ship was the brainchild of Gilmore Haynie, one of the masterminds behind the zoo.

Over the years, as zoos became more animal-friendly, the 20 rhesus monkeys who once manned the unsinkable (literally — it was built into the ground) ship were removed in 1991 to more natural exhibits. At one point alligators loitered in the “moat” around the ship, but again, that brought a little too much nature to such a lovable zoo feature.

Today, the ship is still a floating sensation at the zoo. For $2 a turn, kids can board bumper boats and battle it out on the blue.