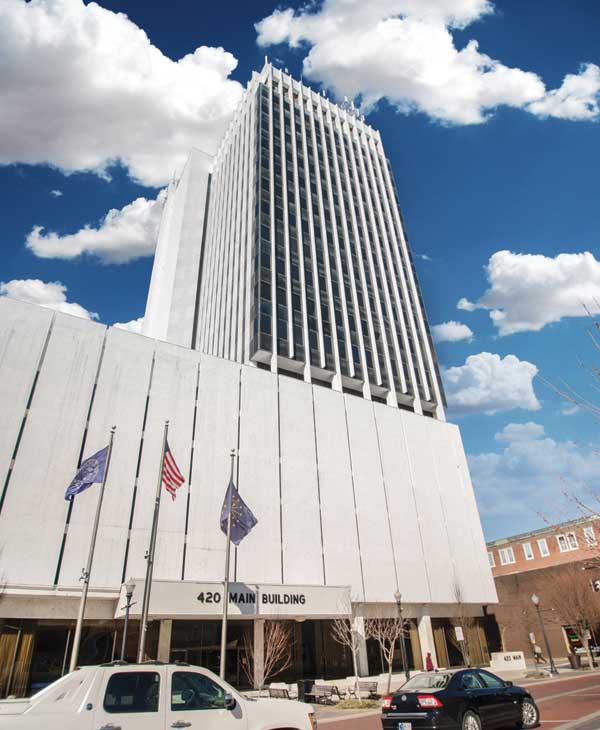 Plans for the highly anticipated renovations of the city’s tallest building at 420 Main St. have fallen through. The building, renamed City Tower at 420 Main earlier this year, was put on the market once again at the end of November.

In February, F.C. Tucker Commercial announced the new local company City Tower Group LLC had plans to purchase the building and remodel it for mixed-use development with enhancements like improving the roof, elevator, and HVAC; removing the concrete fins; and adding luxury condominiums. The plan, discussed in the article “Tower of Strength” in the February/March 2017 issue of Evansville Business, was to transform floors 12 through 18 into luxury condominiums and floors one through 11 into mixed-use and restaurant space.

The project fell through when City Tower Group LLC couldn’t obtain the financing for the estimated $25 million plan. The building is listed for $5 million.

“While the option period for the proposed buyer has expired, they are still reviewing their options and meeting with potential financial lender partners to secure a favorable lending package, enabling the rehabilitation of the iconic building to move forward,” says F.C. Tucker Commercial president Ken Newcomb Jr. “The interest in the condominium sales was strong enough to keep that part of the project and promote home ownership in Downtown, as opposed to conversion to apartments or low-income housing, which a number of lenders had considered as a possibility.”

City Tower at 420 Main still is owned by the Baltimore-based Sollers Point Limited Partnership. The company has held the building since it opened in 1970. The location was Old National Bank’s headquarters from 1970 until 2004, and the private Petroleum Club occupied the building’s 17th and 18th floors from 1970 until it disbanded in 2006.

Today, Chapman Injury Lawyers claims offices on the ninth, 12th, and 17th floors of the tower. The firm has been located in the building since opening in 2008.