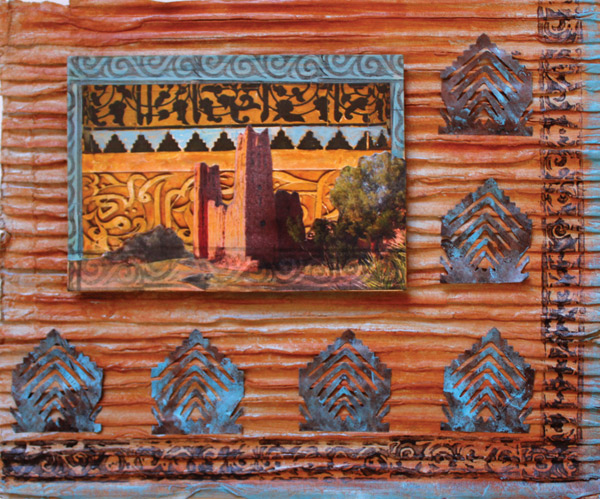 Ten years ago, tragedy struck the lives of hundreds of thousands of Americans across the nation. August marks the 10th anniversary of Hurricane Katrina, which devastated the Gulf Coast. Out of the tragedy, a story of triumph began.

To commemorate the anniversary, three Mississippi Gulf Coast artists featured in the Journeys Art Exhibit, held from 5 to 8 p.m. on Friday, July 24 at the Arts Council of Southwestern Indiana, 318 Main St., Ste. 101, share the story with the community. After the loss of their homes and studios, Lori K. Gordon, Julie Nelson, and Mary-Pat Forrest began to rebuild.

Today, the artists are displaying the progress they have achieved over the last decade through a documentary shown at the exhibit, which is free to the public. Also featured in the exhibit are ceramics, mixed media, and 2D paintings shaped by Hurricane Katrina.

“These three women’s experience was colored by Hurricane Katrina and the aftermath, as well as by the outpouring of support they received from fellow artists around the country,” says Anne Shoemaker McKim, executive director at the Arts Council of Southwestern Indiana. “The opportunity for the Arts Council’s Bower-Suhrheinrich Foundation Gallery to host this exhibit is very exciting, as is the privilege of now being a part of their story.”

“Coming from my perspective as a full-time artist for them to go through that tragedy and begin again, it is truly remarkable,” says Emily Gartner, Evansville artist, who with the help of fellow Evansville artist Laura Spradley aided Gordon during her time of need.

For more information about the Journeys Art Exhibit, call 812-422-2111 or visit artswin.org.