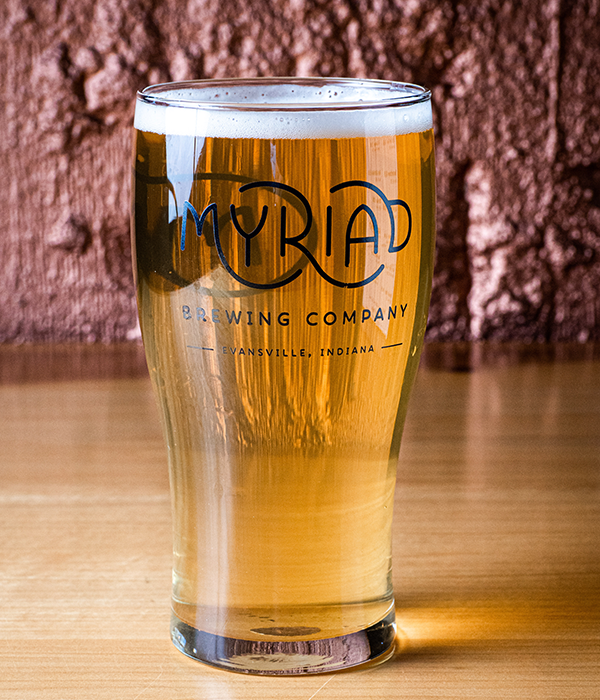 A wealth of craft beer flows from the taps of River City breweries, and what better way to show your appreciation than to raise a glass of their custom crafts during American Craft Beer Week? Through Saturday, enjoy these fresh suds from brewing companies in and around Evansville.

This week, the taproom at Myriad Brewing Company (101 S.E. First St., Suite 1) is serving its own “Driver Picks the Music.” If this tangerine wheat custom creation makes you work up a hunger, tuck into some barbecue from Pappa Bear’s Catering starting at 5 p.m. Friday, or chow down on a custom dog from Hot Diggity Dog starting at noon Saturday. Can’t stay to enjoy a glass? Fill a growler or four-pack of your favorite Myriad brews and take them with you.

Over at Arcademie cocktail bar (22 N.W. Sixth St.), down a glass of Scrimshaw, a fresh Pilsner from North Coast Brewing Company in Fort Bragg, California. Crisp and dry, the Scrimshaw is made with Munich malt and subtle Hallertauer and Tettnang hops. Don’t forget to pair your Pilsner with some fresh fare: Arcademie has launched a Mexican food service, Botanas by La Capirana, and serves a custom menu at its venue.

At Damsel Brew Pub (209 N. Wabash Ave.), savor a pint of Katya 2021 while enjoying the sunset on the front porch. A bourbon barrel-aged Russian imperial stout, this dark beer is carefully crafted over two years and features notes of vanilla, coconut, dark chocolate, and — of course — bourbon.