Dance the Night Away 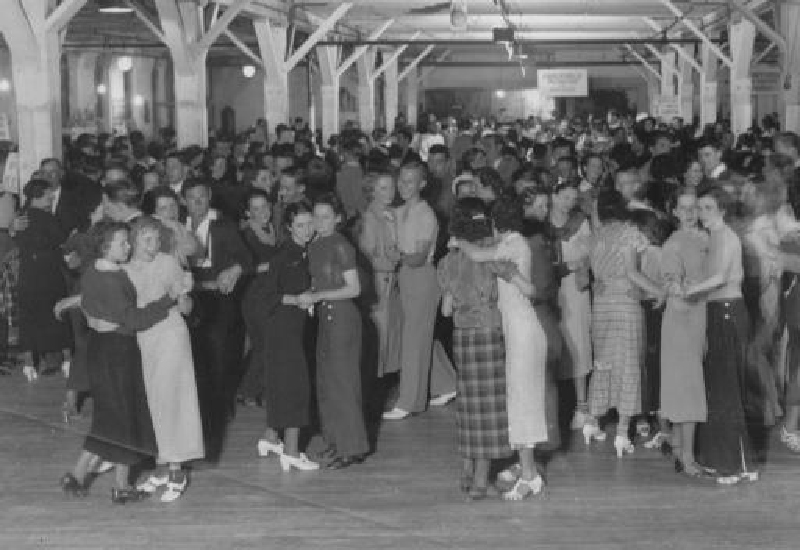 Established in 1935 by Franklin D. Roosevelt’s Second New Deal, the Works Progress Administration was a Great Depression-era agency that worked to employ jobless Americans through public works projects. Evansville, like many U.S. cities, owes several of its major infrastructures to the WPA.

Evansville WPA workers built the well-known Lincoln Gardens Housing project and the runway at the Evansville Airport, and renovated and managed a community center at the corner of Franklin Street and First Avenue.

Featuring an archery and rifle range, horseshoes, table tennis, and more activities, the center was best known for its public community dances, one of which was captured in this 1936 photograph from the Willard Library digital archives.

While the community center is no longer standing, its memory lives on with residents who still fondly recall the lively dances, which also provided local musicians with much-needed jobs.

The WPA ended in June 1943 when World War II ramped up manufacturing in the U.S., leading to record low unemployment rates.