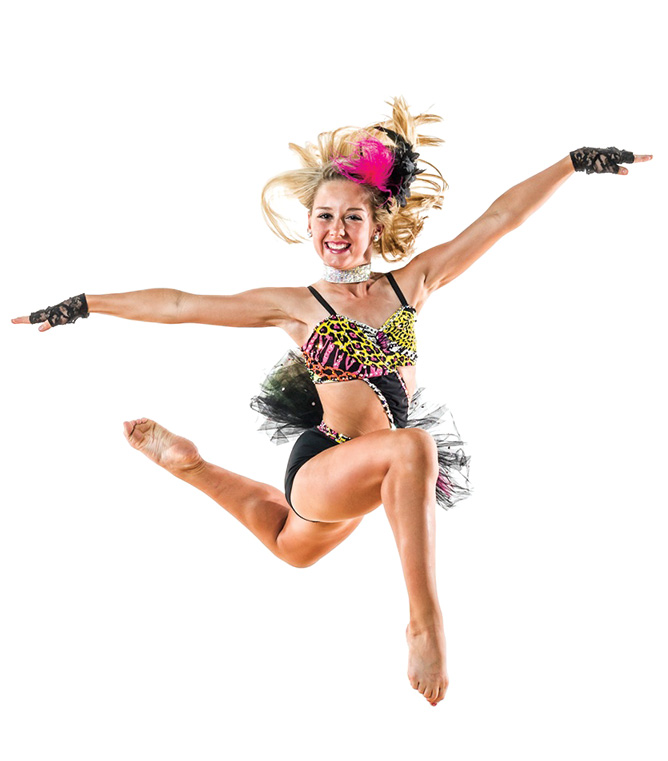 When Evansville native Yvette Walts was approached by Lifetime to audition her daughter, Hadley, for the new Los Angeles-based reality dance show, the protective mom was leery. “We weren’t interested in being on ‘Dance Moms,’” says Yvette. “Then we find out it’s the ultimate ‘Dance Moms.’”

Mulling it over, Yvette, who teaches dance at D’Alto Studio of Performing Arts, decided the show could help 12-year-old Hadley move up in the dance world. After a grueling audition process, Hadley and 11 other dancers, ages 6 to 13, were chosen for the show, which debuted on Oct. 9. Every Tuesday at 8 p.m., the dancers compete for a $100,000 cash prize and a four-year scholarship to the Young Dance Program at Joffrey Ballet School in New York. With eliminations each episode, Hadley still is in the running for the prize.

Yvette says it’s been an incredible experience for her daughter, who trains at D’Alto and competes with the studio’s competitive team, THR!VE Dance Co. “As a dancer, she’s better than ever,” says Yvette. So far, Hadley’s worked with world-renowned choreographers including Richard Jackson, who has choreographed for stars like Lady Gaga and Nicki Minaj.

A reality show, the series brings plenty of mama-drama entertainment. Often portrayed as the show’s villain, Yvette assures her focus is on her daughter. “Ultimately, it’s been a great experience and opportunity for Hadley,” says Yvette. “I just want her to do what she wants to do. I will support her 100 percent in whatever that is.”

Each episode, viewers can vote via Twitter for their favorite dancer. Yvette donates $250 to the Lane Goodwin Childhood Cancer Foundation for every week Hadley wins. For more information, visit www.mylifetime.com.