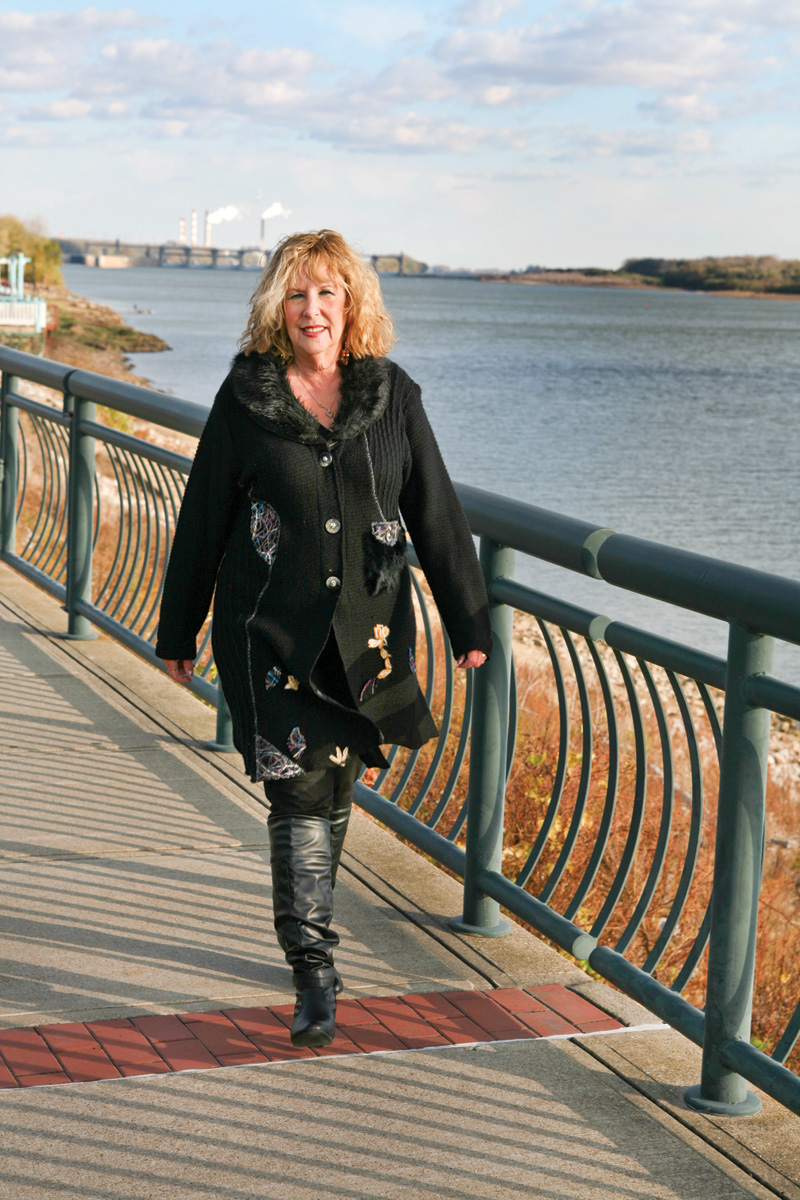 When I was told that my husband had been made a wonderful offer to work at Mead Johnson Nutrition in Evansville, I panicked. Born and raised on the East Coast, I had always been an hour from Manhattan, where I often attended Broadway shows. I was just as close to Shea Stadium and the New York Mets and Nassau Veterans Memorial Coliseum, where I saw the New Jersey Nets and the New York Islanders. Yankee Stadium was nearby, as was Madison Square Garden, where I watched the New York Knicks and Rangers. There was usually a concert going on, and I could see Billy Joel one night and Fleetwood Mac the next.

When we first flew into Evansville, I cried. Where were the big buildings? Where were the professional sports? I had grade school children and a new baby and I was freaked. Suddenly, there were only three television stations to choose from, plus PBS. In 1979, cable had not yet come to Newburgh, Ind., where we had purchased a home. When we did get cable, nearly a year later, the only baseball I could watch was the Chicago Cubs or the Atlanta Braves. Unless they were playing the Mets, it didn’t seem like real baseball to me. I felt almost like an alien when my neighbors went to the high school football games, though now I have come to appreciate what prep sports mean to this community.

What was most frightening was the realization that my mom and dad were no longer 10 minutes away. I had to be strong because I knew this was a great opportunity not only for my husband, but for all of us to move up in the world.

After some procrastinating, I decided to take an adult education course held once a week at Castle High School, in Newburgh, where we lived. It was called Transactional Analysis. The teacher told us to take turns standing up and sharing what was bothering us at the time. I stood up and said, “I moved here from New York, and there is nothing to do. I am a fish out of water, and I am going crazy.”

A lady named Pat Carr, to whom I am forever grateful, stood and asked me if I had auditioned for the Repertory People of Evansville (a theater group). She asked if I had gone out to the University of Southern Indiana and signed up for any classes. She wanted to know if I had joined the National Organization for Women or tried to do any media work. When I told her I had not, she looked me in the eyes and said, “Then how can you say there is nothing for you here?” We became immediate friends.

I took her advice and seized everything this area had to offer. I auditioned for and won a lead part in a play, Tribute, and my mom even flew in to see me on opening night. I also learned that our director, the late Jim Jackson, had acted in Hollywood movies in the 1950s — a true professional right here in Indiana. Often, he made me go over lines so many times I would end up crying. But when the play’s reviews came in, it was all worth it.

I started doing public service announcements for Big Brothers Big Sisters on television and radio. I wrote a weekly column for the Evansville Courier & Press. The late and great Larry Aiken brought many concerts to the area. When I told him about my original fear of dying of cultural deprivation, he sent me tickets to see Harry Chapin at the Vanderburgh Auditorium, which is now The Centre.

Through the years, I had the opportunity to conduct interviews with musical legends such as Kris Kristofferson, Willie Nelson, B.B. King, and countless others. I was given the opportunity to be on the baseball field and interview stars like Tony La Russa and Albert Pujols. I was able to do things I could never have done in the Big Apple. I could attend concerts and not pay $50 to park or drive three hours in horrendous traffic. How wonderful to just walk to my car and be home in 20 minutes from any venue.

Today, I would never move back. I love the river and run along it as many days as I can. Concerts come here, and now we have the Ford Center, which is comparable to any concert or sports venue in the country. It is the home of the Evansville IceMen, an affiliated minor league hockey team, in addition to the University of Evansville Aces. I have been to more concerts and spent more time with famous artists than I could have ever imagined.

I look around at the wonderful friends I have made, who I love so much. My medical care and our local hospitals are top-notch. The education my children received here in the Tri-State was outstanding, and I earned a degree from the University of Southern Indiana, the fastest-growing public university in Indiana.

It seems like a miracle, but I love my Midwest home, and I am blessed to have been placed here.