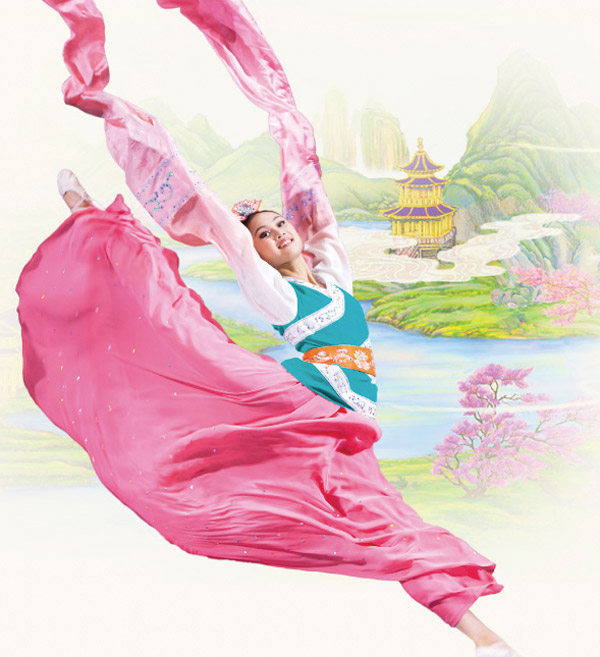 When the elegant dancers that make up Shen Yun grace the stage of the Aiken Theatre at The Centre, 715 Locust St., at 7 p.m. on Jan. 28-29, Evansville residents will see a rare performance. Translated from Chinese to mean “the beauty of heavenly beings dancing,” Shen Yun blends aerial martial arts techniques with authentic classical Chinese dance to bring ancient myths and legends to life in vivid detail.

Sixty years of Communist rule have prevented Chinese residents from seeing Shen Yun. In 2006, various leading Chinese artists from around the world joined together in New York on a mission to revive authentic Chinese culture. Shen means “divine” or “divine being,” while Yun refers to a dancer’s bearing and the meaning behind his or her movement. “Together, the name expresses what Shen Yun aspires to achieve: an experience so beautiful and joyous that it evokes a sense of the heavens,” a brochure states.

The Shen Yun Orchestra combines Chinese and Western classical music traditions using ancient instruments like the erhu, a bowed, two-stringed Chinese vertical fiddle, and the pipa, a short-necked Chinese lute. Bel canto soloists are an integral part of the Shen Yun experience. Bel canto is a vocal operatic style, and soloists who perform as part of the Shen Yun troupe retain proper Chinese pronunciation and diction. Ticket prices range from $50 to $120.