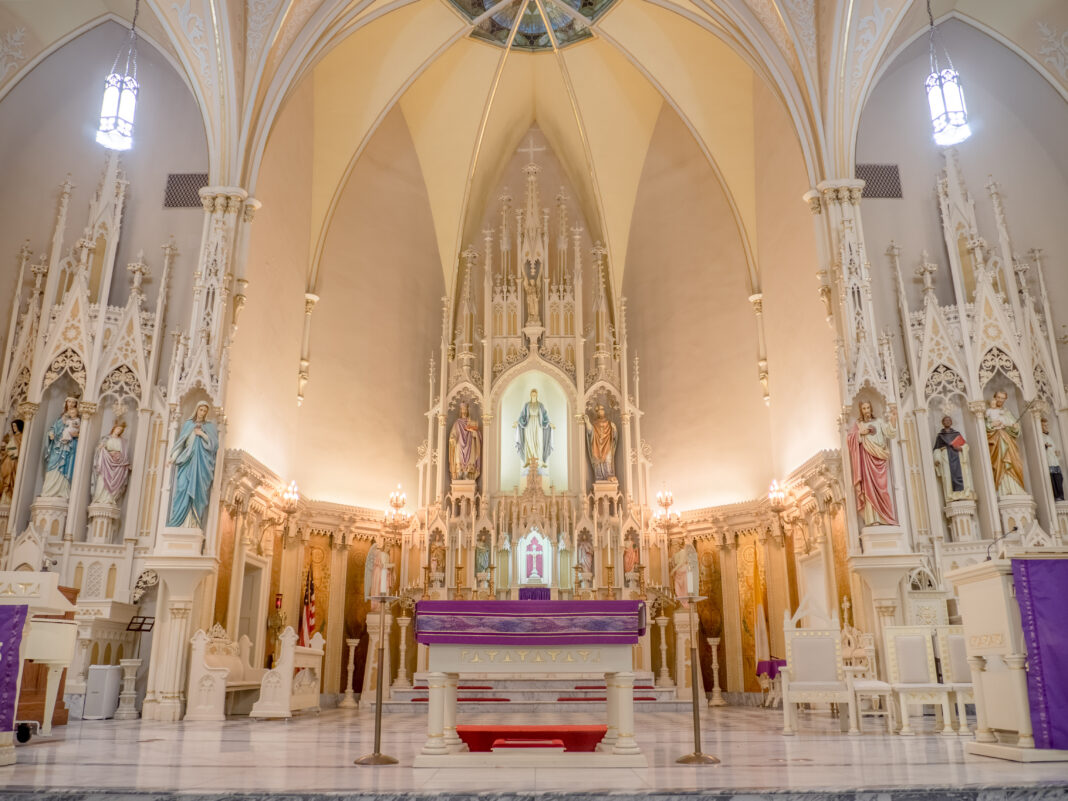 Churches have long been a premier attraction of any city, with their remarkable architecture inside and out captivating the gaze of their congregation and abroad. In the 2018 March/April issue of Evansville Living, we casted a light on 10 of Evansville’s historic churches all still serving a congregation. Though these churches are closed to entry due to the COVID-19 pandemic, we picked out five of these community centers of faith that made us marvel at their lavish architecture and history. 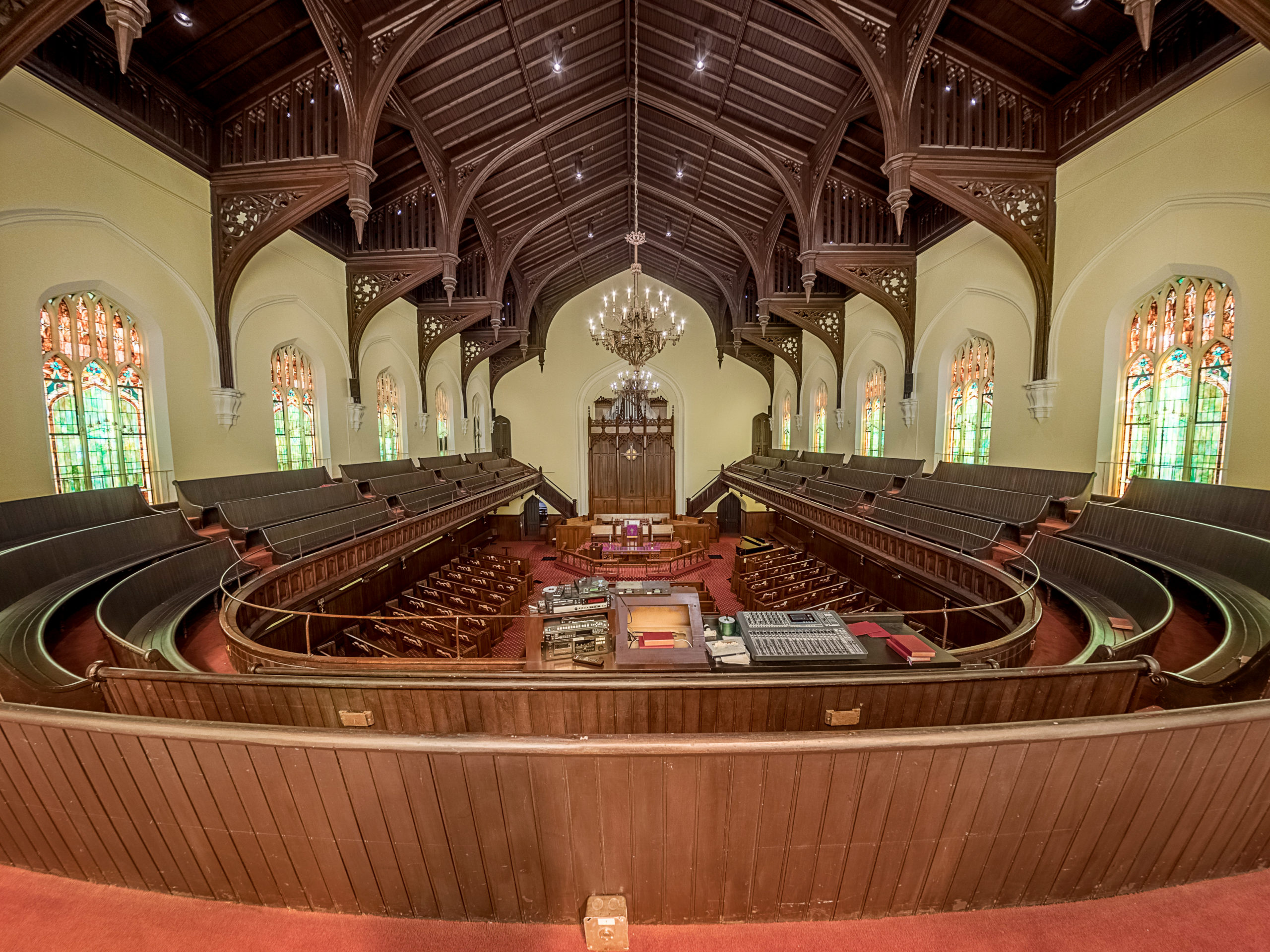 Built in 1866, this English Gothic-style church reflected the shift in growth Evansville was experiencing at the time. With a narrow structure including two distinct spires rising from the front entrances, Trinity UMC catches the eye of any Downtown visitor. 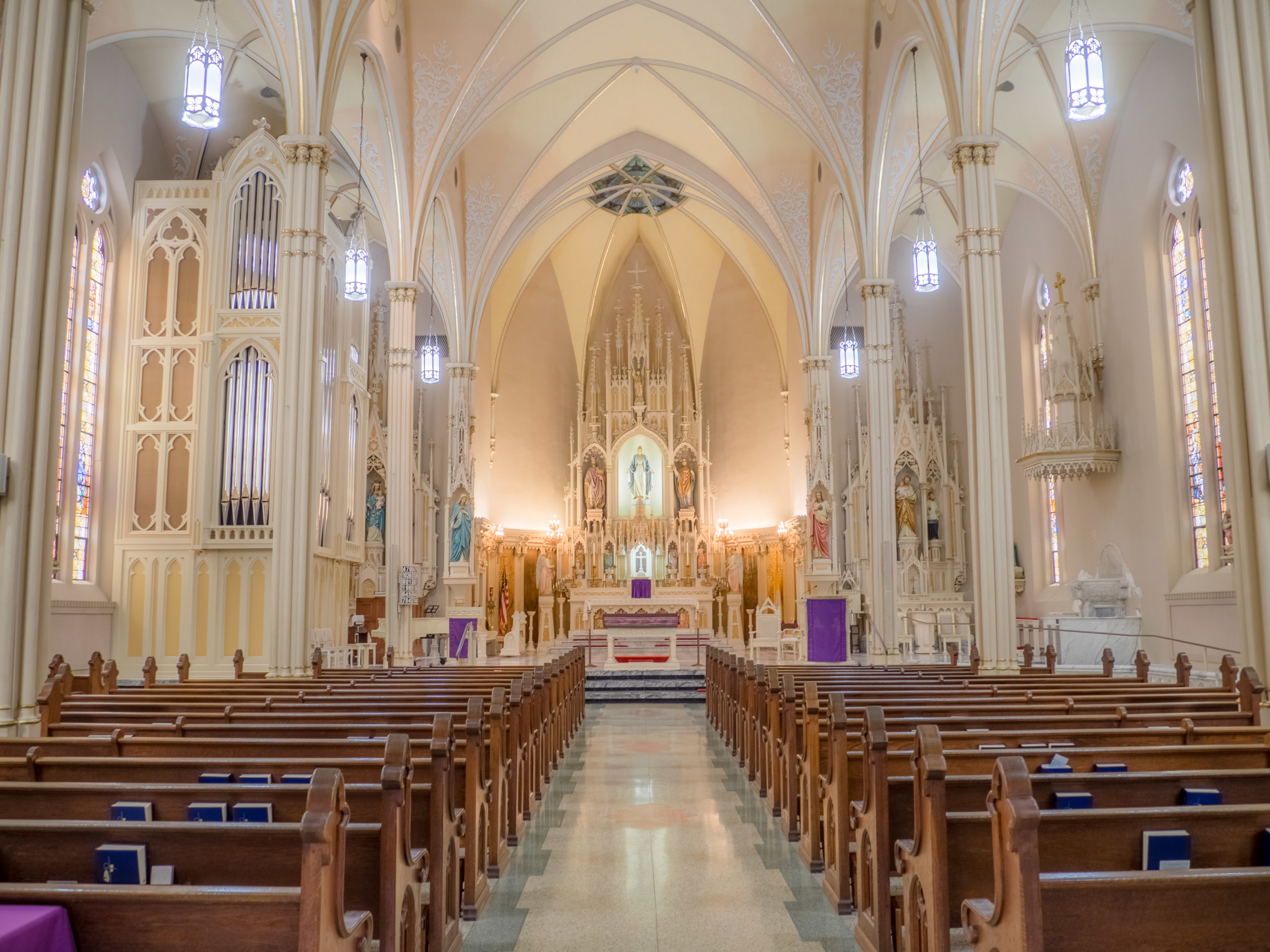 The stained-glass windows inside St. Mary’s Catholic Church are stunning with the Assumption of Mary into Heaven over the main doorways of the sanctuary being one of the most breathtaking in the city. The church features a 50-foot-high center ceiling as well as a 175-foot outdoor spire, which houses three bells — St. Michael, St. Mary, and St. Aloysius. 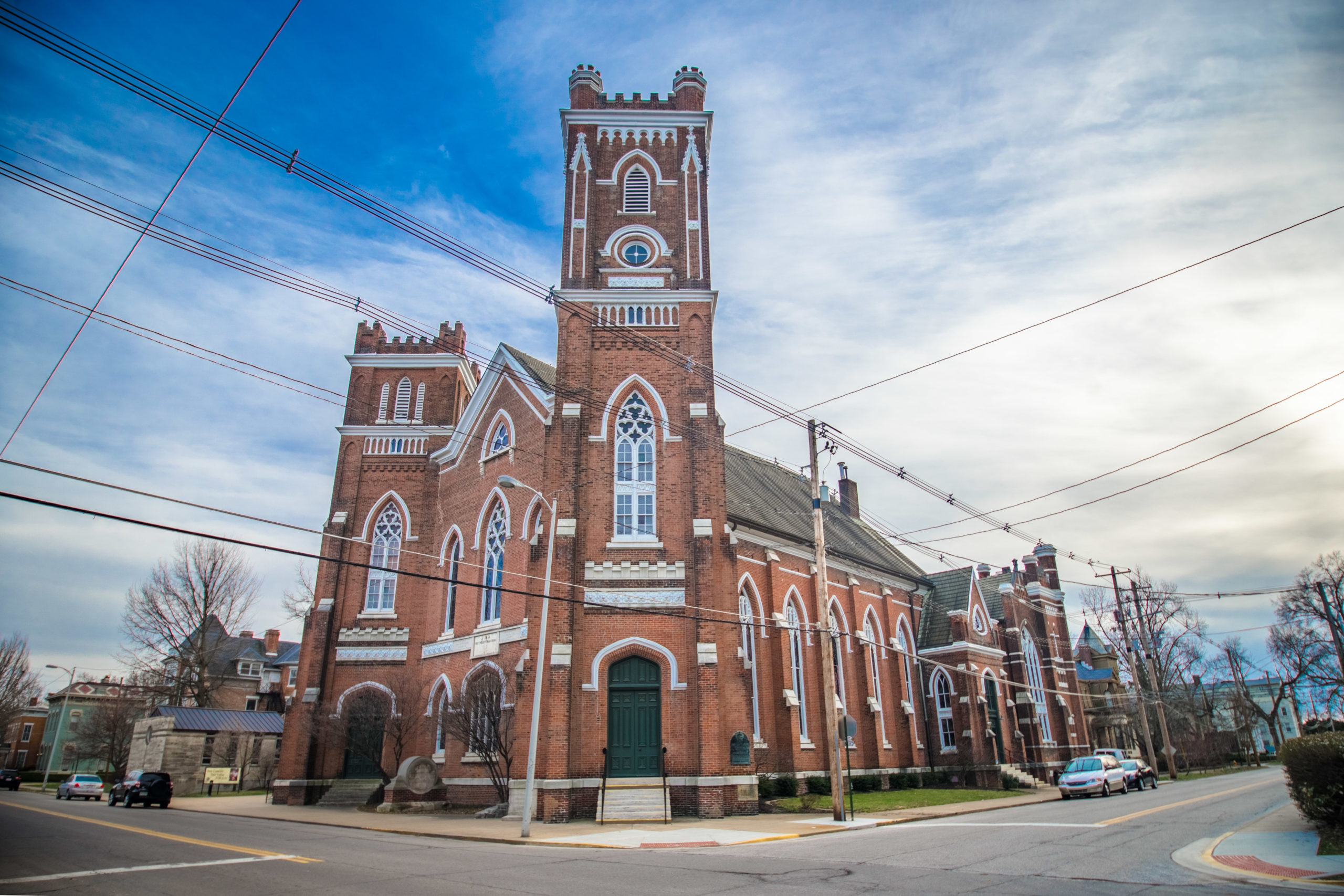 First Presbyterian Church located on the corner of Second and Mulberry streets Downtown lays claim to being the oldest religious organization in the city, with roots dating back to 1821. Inside the gothic chapel lies a large organ boasting nearly 2,000 pipes, 30 stops, and operates all through mechanical action. The organ was installed in 1991 to harmonize with the Victorian Gothic architecture of the building. 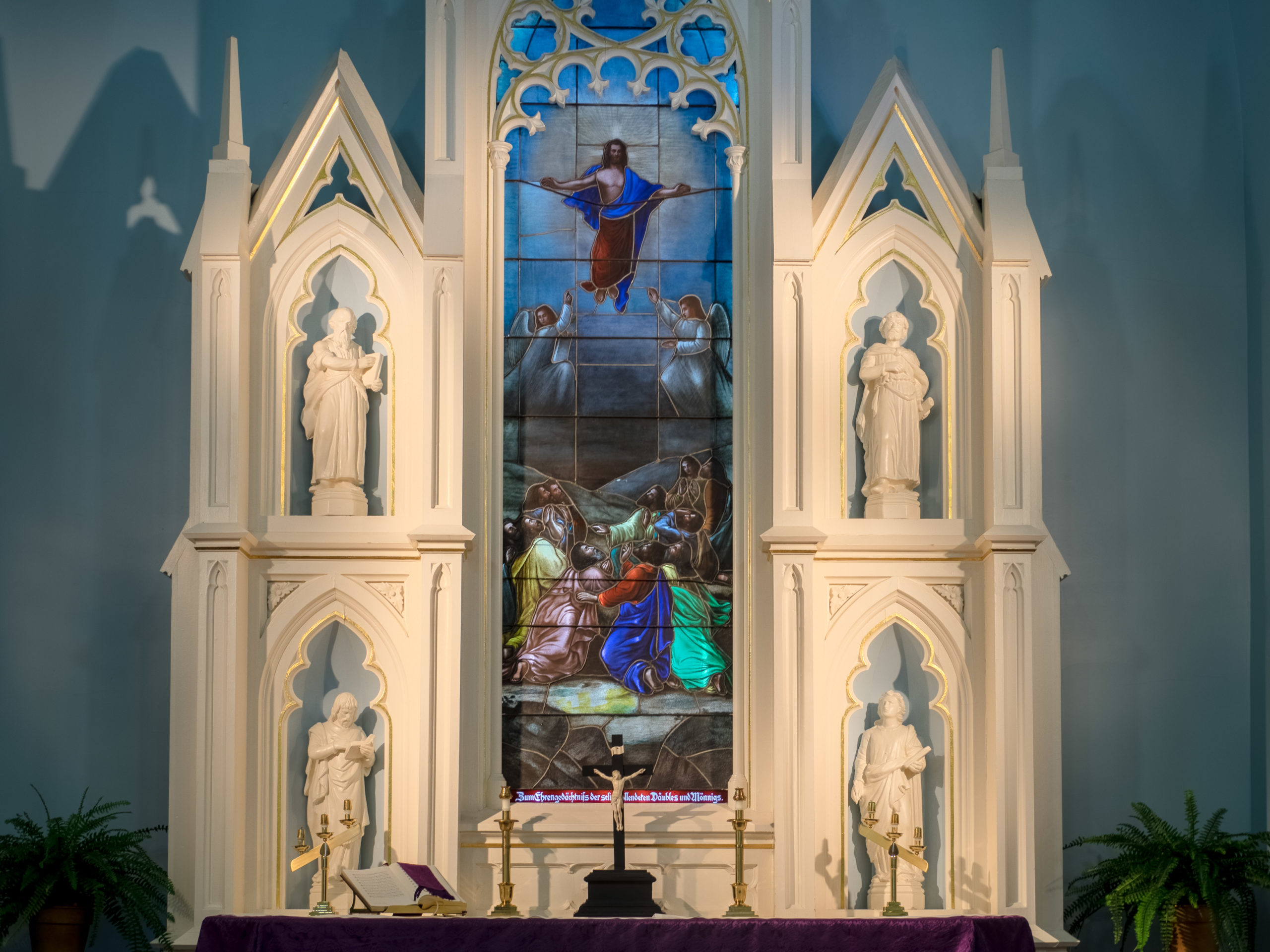 Known as Evansville’s first protestant German church, Trinity’s building was constructed in 1871 and lies in the shape of a cross. The most impressive feature of the structure are the Charles Lamb stained glass windows in the sanctuary, with the depiction of Jesus as a child being particularly impressive. 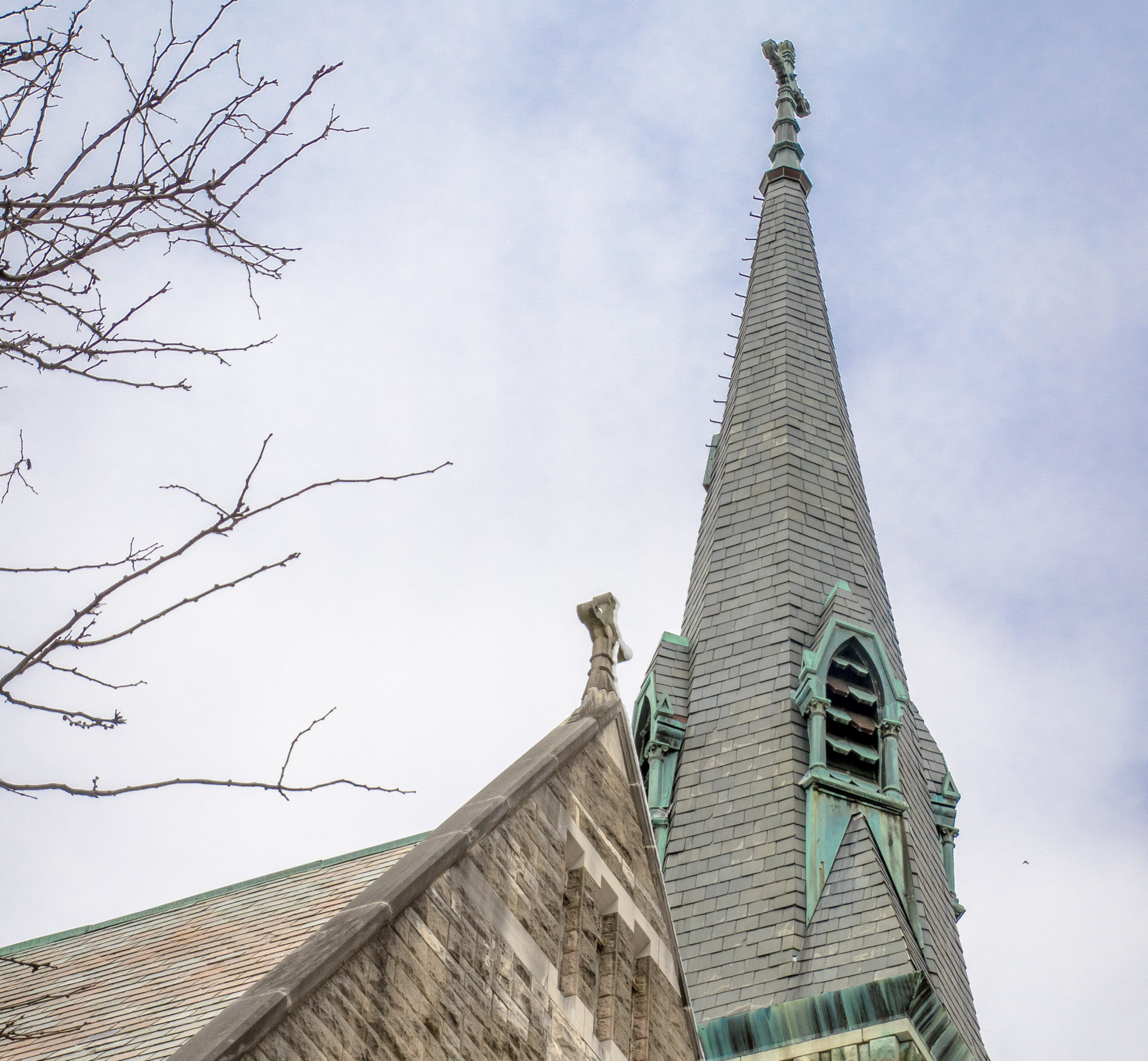 The most iconic part of St. Paul’s Episcopal Church’s structure in the cross that sits atop the steeple. Weighing 850 and standing at 12-feet-tall, the cross once served as a guide for those navigating the Ohio River and was even electrified in 1925 to direct travelers.