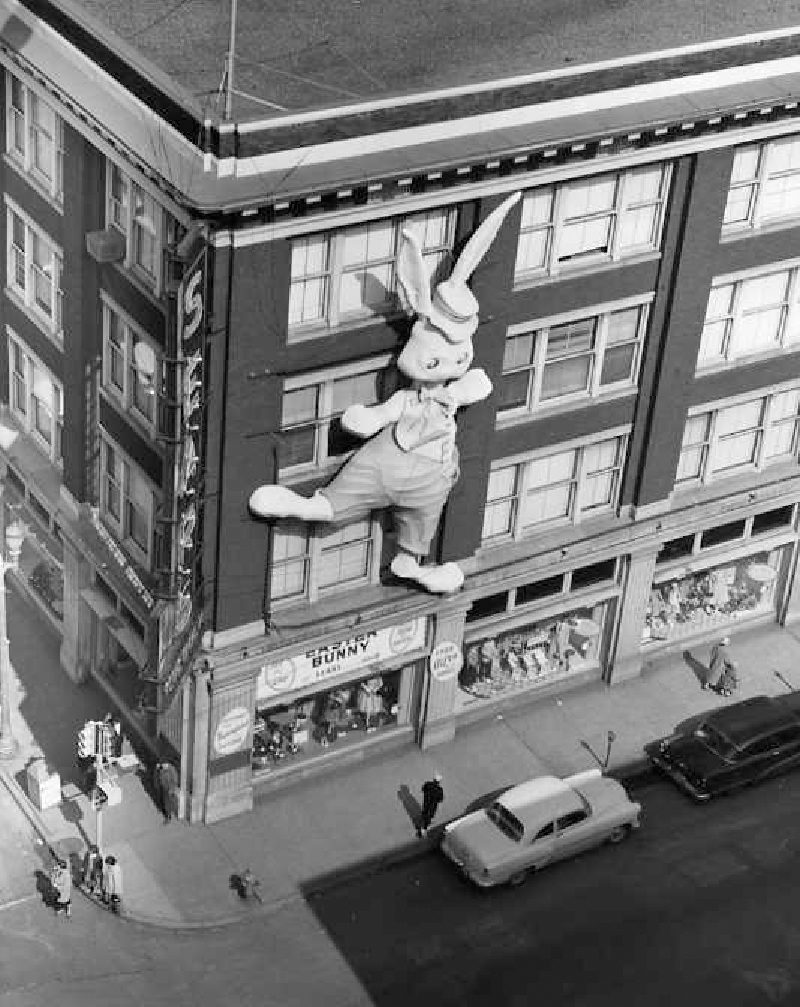 Happy Easter! Whether you’re celebrating with delicious food or an overly competitive egg hunt, we hope you enjoy the holiday.

Like modern residents, Evansvillians have been enjoying Easter in unique ways for decades.

In 1960, the Sears store at the corner of Fourth Street and Sycamore Street celebrated the holiday with a giant Easter Bunny hanging from the side of the building. The attraction brought many visitors Downtown to see the enormous decor shown in this photo from Willard Library.

The Sears store was opened in 1925 as the company’s first stand-alone retail store. It quickly became a cultural hub of the city, known for grand displays such as the bunny.

While the Downtown Sears closed in 1976 and moved to a location on the East Side (following many local businesses who made the move after the opening of Washington Square Mall in 1963), many residents still remember the store’s shopping experiences and holiday celebrations fondly.