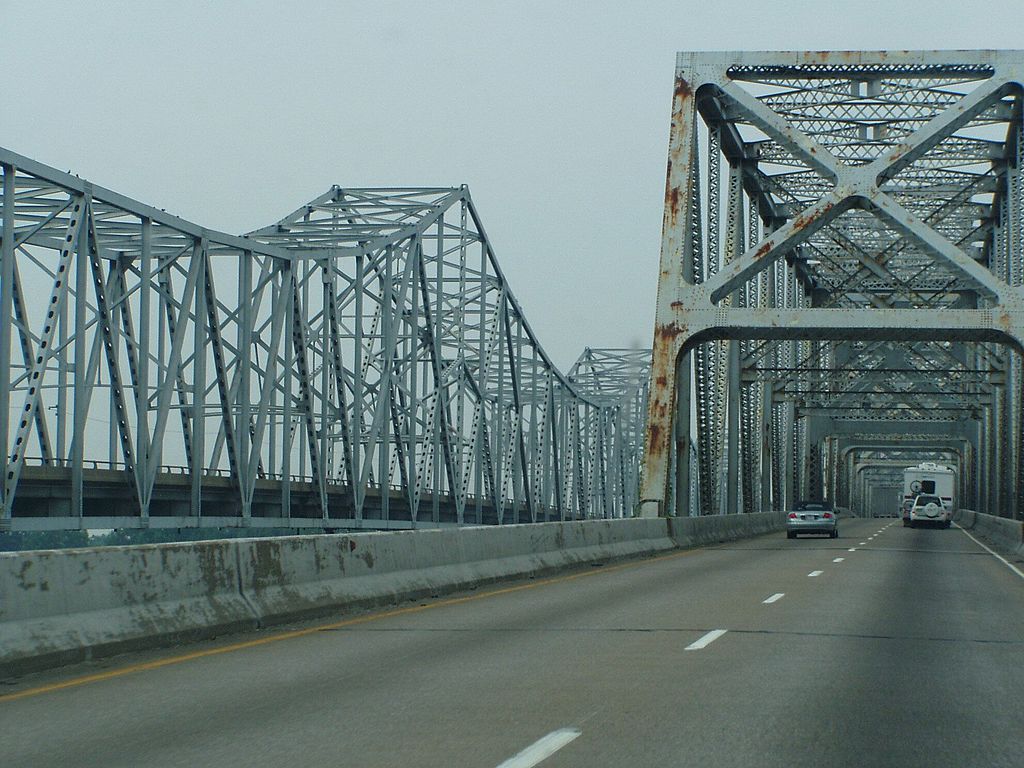 There are 157 bridges located within Vanderburgh County and many of them have been around for quite some time, dating back to the 19th century. More than just a mode of transportation, bridges in Evansville have a storied history and aesthetic architecture. Here are five bridges in the city with fascinating origins! 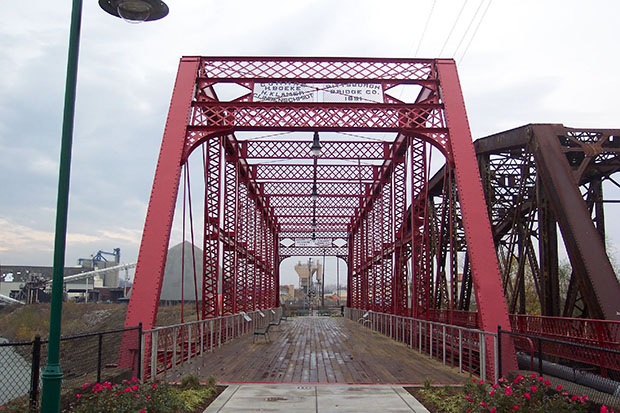 The Ohio Street Bridge over Pigeon Creek covers 22.7 feet of roadway and is a rare surviving example of a 19th century pin-connected truss bridge designed for heavy urban traffic. Also known as the Joan Marchand Bridge, the bridge was built in 1891 by the Pittsburgh Bridge Company. It also has a railroad truss bridge located right next to it. 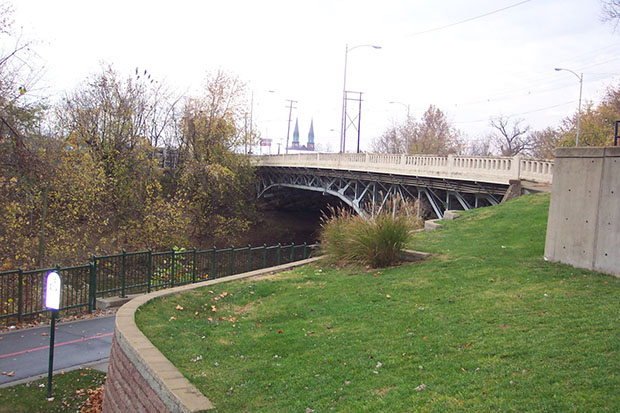 Built by Globe Construction, the Franklin Street Bridge spans 66 feet of roadway and has an unusual multi-ribbed, small-scale cantilever deck truss. The bridge was formerly condemned in 1925 by the city at the urging of the West Side Nut Club due to its unsightly appearance. This new bridge was built in its place in 1932.

Located on Southbound U.S. 41, this light blue bridge sits over Pigeon Creek near Diamond Avenue. Built in 1940, the truss bridge was rehabilitated in 1970 and again in 2019 before being severely damaged by a truck hauling an oversized load in January 2020. A new bridge is expected to be built in its place later this year with an estimated cost of $10 million. 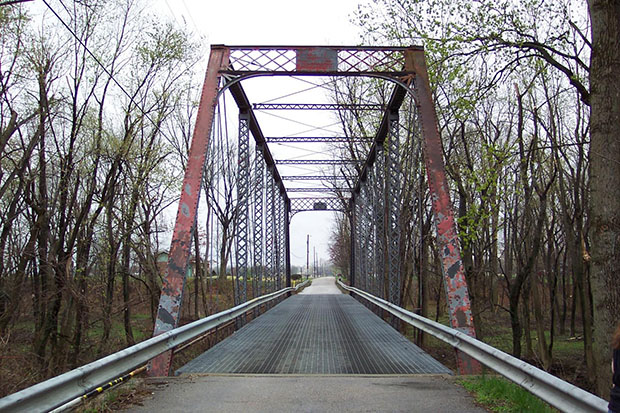 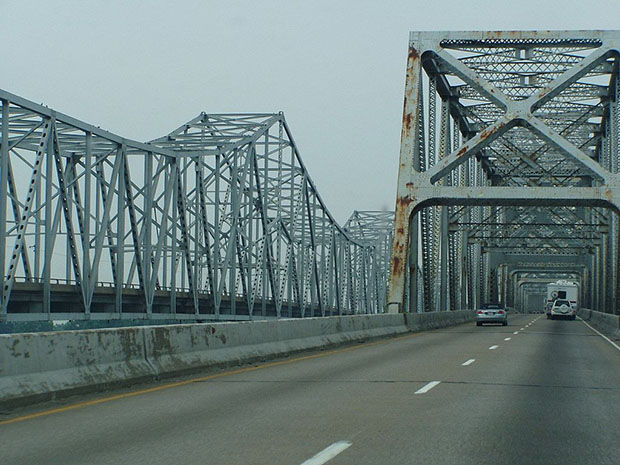