Each morning, Vann Park on Evansville’s East Side welcomes a flurry of activity. Walkers trot their dogs across the lawn. Runners stretch their legs by tracing the park’s perimeter. Families converge on the playground, children ambling across the jungle gyms and slides. Pairs sit at picnic tables for a friendly game of chess.

Amidst the bustle, just before 9 a.m. — weather permitting — a small clutch of people congregates on a patch of grass on the far west end of the park. Setting up camp under a broad canopy of trees, they settle into lawn chairs and greet each morning by freeing their minds. Through 20-minute sessions, the group practices meditation, quietly communing with themselves and stilling their thoughts and breathing. They’ve found that the sessions start their day on a positive note.

Meditation itself is not a new practice. Its history traces back to sixth-century BCE Buddhist, Hindu, and Taoist traditions. Its earliest purpose is less clear: Historical studies show it could have been a tool for contemplation or socialization. Meditation took root in early Eastern religions as a way to commune with God and oneself, and the practice has since moved to the western world. In the past 20 years, it has gained a more mainstream following for its research-supported healthbenefits, but for the group of friends gathered each morning at Vann Park, the daily sessions have provided a much-need grounding after a tumultuous year.

A ray of light in a pandemic

Meditation was a path Lorenzo Minor had already embarked on before the group formed. At the onset of the COVID-19 pandemic, Minor, a longtime local baker and namesake of the former Lorenzo’s Bistro on south Hebron Avenue, began practicing meditation each morning at the park. After a few sessions of solo meditation, he invited friends and neighbors to join in — something they were eager to do since it naturally allowed for social distancing.

The group enjoys a smattering of conversation before and after the sessions. Minor chooses a meditation topic via the app Headspace; although the sessions are mostly silent, they are themed around certain affirmations or goals. A woman’s soothing British accent — the app offers a small collection of voices to choose from — softly narrates the sessions, leading participants through breathing exercises and silent recitations for about 20 minutes. 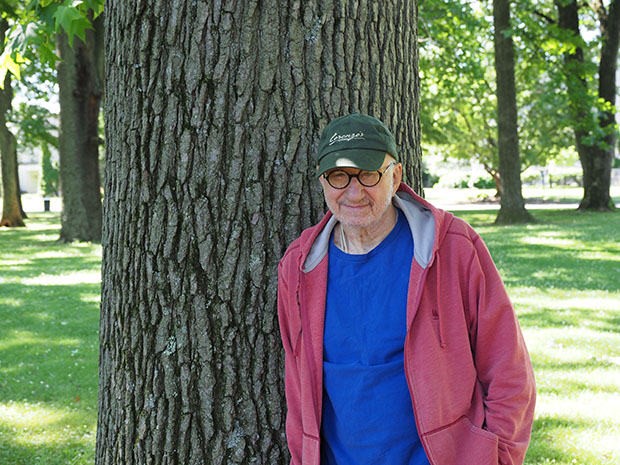 The group usually consists of about a half-dozen friends and neighbors. Most are retired from a wide variety of professions — accounting, psychiatry, social work — and have time to devote to morning meditation sessions. Participant Patricia Harralson says many in the group already were meeting for dinner parties two or three times a week, so daily meditation became a way to stay connected to one another during state-mandated stay-at-home measures.

“There’s a basic group,” Minor says. “The little group we have is extremely comfortable together, and very loyal.”

In the year since beginning daily meditation, Minor says his sleep habits have improved and his blood pressure has lowered. He’s also observed an overall sense of calm permeate his demeanor.

“Not much bothers me anymore,” he says.

Minor says the meditation sessions have produced such a stillness in him that it now translates into other parts of his life. He notes that meditation isn’t confined to dedicated sessions, but rather produces the opportunity to connect with oneself anywhere and at any time.

“You can meditate even while washing dishes,” he says. 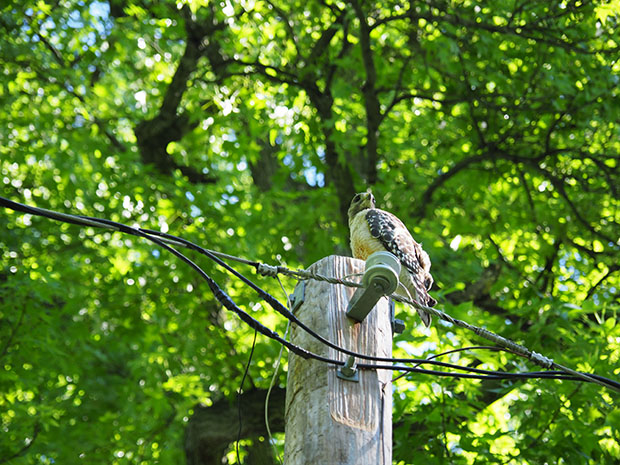 ▲ As the group practices meditation, its members have become more in tune with the surrounding nature, particularly a family of hawks that calls Vann Park home.

A connection to nature

“The park adds a lot of meditation,” Minor says.

“Mornings are the best time,” adds David Wilson, a neighbor who is sometimes joined at meditation by his visiting grandchildren. “With your eyes closed, you can actually hear the birds,” Harralson says. “I really like listening to the sound of rain.”

Of particular interest is a family of hawks residing in the neighborhood. After spotting the hawks mid-flight, the group now keeps an eye on the avian family — an opportunity they perhaps would not have had if not for their daily meditation sessions.

Amongst the people frequenting Vann Park, the meditation group has become a reliable fixture each morning. Regular passersby know what time the sessions start and, therefore, when the best time is for chatting with participants. Neighbors enjoying a cup of coffee on their front stoop wave hello. Over time, the City of Evansville’s groundskeeping crew learned the group’s routine and has now started its morning mowing at the other end of the park.

Sometimes, nearby children will quietly wander into the group’s circle, curious about its activity. A set of grandparents once brought their 2-year-old grandchildren over, an experience Minor calls “really magical. They wanted to see everything.”

Daily meditation at Vann Park is open to anyone who wishes to join, Minor says — no reservation or fee required. Group members are skilled at guiding newcomers into the practice of meditation, since they too were once beginners.

“It’s so good for people with anxiety,” Harralson says. “You don’t have to just sit silently. You could commune with God if you want to. Every experience is different.”

Staying a Step Ahead

Meditation gives the mind a break

Now, more than ever, mental health is at the forefront of conversation and concern. 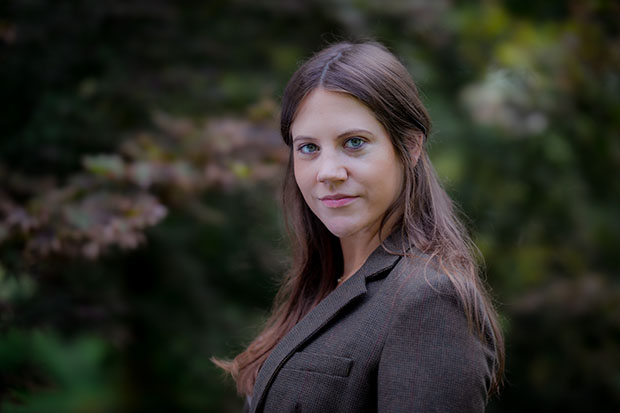 No stage of life is exempt from the importance of mental hygiene. Living in the digital era of today, constant messaging regularly triggers the fear response system in the brain. After a few minutes of scrolling through a device, a person is bound to feel triggered by inadequacy, anxiety, or stress. Once overloaded with content, the typical person is left without many strategies to effectively cope. What we are now seeing is a society plagued with symptoms of anxiety and depression.

Meditation is a scientifically proven and practical solution for a person of any age to cope with the uncomfortable thoughts and feelings of daily life. It has long been used to improve our mental, physical, and emotional processes. There’s also evidence from the clinical practice of meditation that it can reduce anxiety and pain and improve the quality of life for people suffering from illnesses such as cancer.

The goal of the practice is to turn off the racing mind, bring awareness to the breath, and access one’s inner state of calmness within being in the moment. Through meditation, a person is able to ground the nervous system from becoming over activated. Similar to the oldest trick of fixing a device, in which you turn it off and reboot, meditation is like a reboot for the brain. When you are anxious, stressed, or worried, meditation allows the brain to take a necessary and helpful pause.

Meditation is referred to as a practice because it is not something that can be achieved or mastered, but is simply a process that needs consistency and nurturing. The challenge is that it is way too simple. Stop thinking and breathe. Notice the thoughts that arise, and instead of judging them, resisting them, or dwelling on them, simply let them go. Make your mental health a priority, and give it a try.