Fall Back in Time 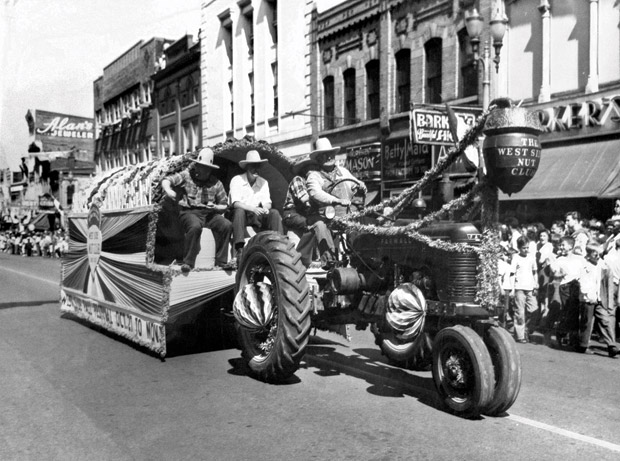 For 91 years, the West Side Nut Club has hosted the renowned Fall Festival that beckons us to W. Franklin Street the first full week of October. This year’s fest runs from Oct. 7-12 offering 136 food booths (run by charities) stretching from Wabash to St. Joe avenues, alongside entertainment stages, and a midway of carnival rides. We know that eating our way down W. Franklin Street is an iconic experience that marks the end of summer in Evansville more than Labor Day. In this issue’s Final Detail, we take a look at festivals past, because trips down memory lane are best enjoyed with a funnel cake and warm apple cider. ▲ Left — The club’s 1946 Fall Festival program celebrated the theme, “Early Indiana Days.” The festival was held later than the first full week of October in those days. Right — A Fall Festival poster promotes a special kid party with reduced pricing on rides. Note the dates; the festival was held the first full week of October. ▲ The women of the White Shrine Horse Patrol sold Coca-Cola and other refreshments at their 1951 festival booth. ▲ Though the Fall Festival rides, seen here in 1963, are splashier today, the mission of the host organization remains the same: “Improving our community, one volunteer at a time.”