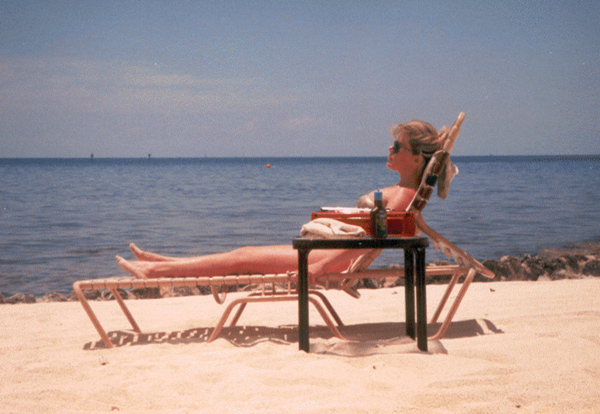 When Robin Lawrence was a child, her life was spent outdoors in the Southern Indiana sunshine and heat. Growing up on a tobacco farm, the Newburgh resident didn’t think twice about being outside, and sporting a hard-earned tan.

“My whole life was outside,” says the 55-year-old director of marketing for Vantage Oncology. “Everything was always around having fun outside.”

When she was 20 years old, Lawrence lost her father Bob at the age of 47 to a heart attack. The event pushed her to pursue a healthier lifestyle. Dieting, exercising, even bodybuilding became the norm for Lawrence during her life. With the bodybuilding, however, came more tanning.

“I always felt like I had to have a tan,” she adds. “I wanted to look good. People think a tan makes them look better.”

Born with a fair complexion, Lawrence says she always had to work harder to tan, putting herself at greater risk for melanoma than she realized. Melanoma is the most dangerous form of skin cancer, according to the Skin Cancer Foundation, and is caused by intense exposure to ultraviolet light. The cancer kills approximately 10,130 people in the U.S. annually.

For Lawrence, the years of bathing in the sun and baking under tanning lights would come to a head in 2002. After noticing an odd spot on her face changing, she met with dermatologist Dr. Jane Lim.

“She looked my whole body over and said my face was nothing, but she wanted to biopsy a place on my butt,” says Lawrence. “It came back as melanoma.”

Over the last 14 years, she has had more than 60 different biopsies for melanoma and Basal Cell Carcinoma, the most frequent form of skin cancer that occurs in the skin’s basal cells in the deepest layer of the outermost layer of skin.

Lawrence says after her diagnosis in 2002 she began to realize her lifestyle of tanning was what led her to develop cancer. Now, she spends her career helping the public recognize the dangers melanoma presents and spreading education on how to prevent skin cancers. Lawrence has won several national awards for her work, including three Gold Triangle Awards from the American Academy of Dermatology. She also was selected by “Shape” magazine as one of the 10 women who changed the world in 2006 for her efforts to spread knowledge about the dangers of tanning.

Lawrence works with area industries, spreading education on skin protection at company health fairs as well as using a DermaScan machine to check employees for possible skin damage. She also helps organize a free, full-body cancer-screening event each year. This year marked the 15th anniversary of the event and brought in 76 people for screenings.

“My personal goal is to do all I can to educate so people can make an informed decision. When I was diagnosed, I can honestly say I did not know the dangers of tanning, but now I do,” says Lawrence. “I want to share that information so that my daughter and future generations know.” 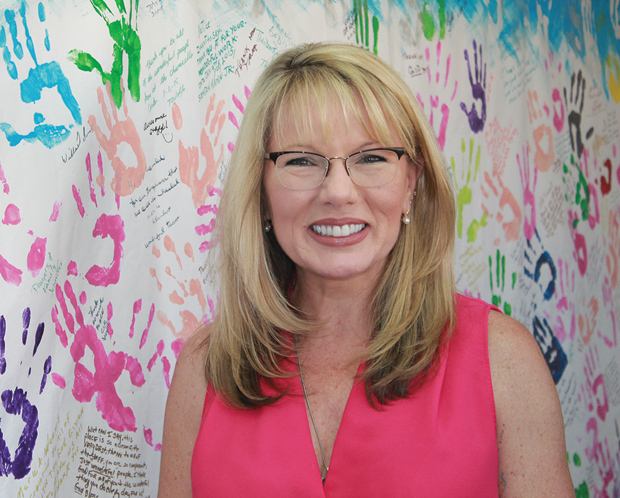 For more information about Vantage Oncology, call 812-474-1110 or visit evansvilleradiationoncology.com.