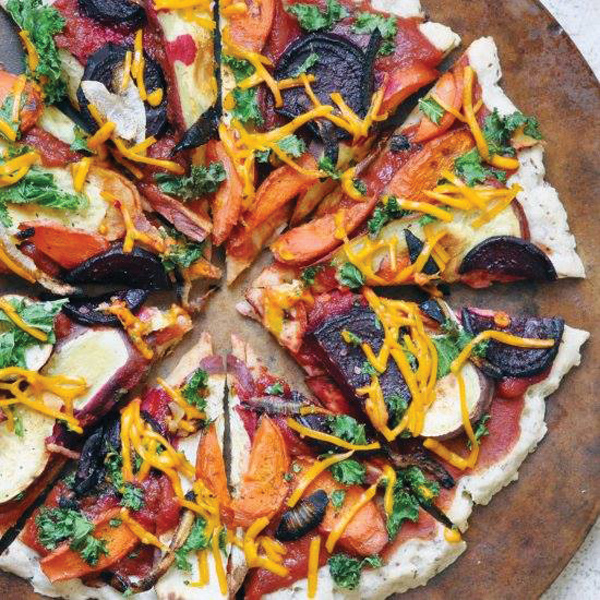 A trip to the grocery store these days can feel a bit like entering a work zone. There are signs everywhere, each pointing in a different direction, and it can be difficult to figure out which way to go.

The choices can be overwhelming, but we did the homework for you and talked to a few local experts to see if we can’t make your journey to better health — and perhaps a thinner waistline — a bit easier to navigate. 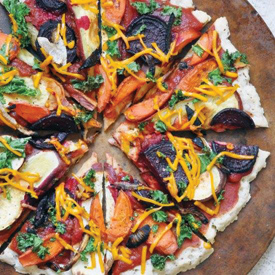 Gluten-free is, perhaps, the most recent of health-related buzz words to hit the market. Gluten is a protein found in wheat, rye, and barley. It acts as a kind of glue, keeping the grain together and helping it to maintain its shape. Gluten can be found in a variety of foods, most commonly bread, baked goods, soups, pasta, cereal, and beer, but even salad dressings and food coloring, too.

Foods labeled as “gluten free” have become a common sight in natural food stores and organic sections everywhere, but experts can be a little divided as to whether or not everyone should move to a gluten-free diet.

Most people who follow a gluten-free diet have celiac disease, a serious genetically-based autoimmune disease, according to the Celiac Disease Foundation. Gluten can trigger an immune system reaction that damages the lining of the small intestine.

Nicole DeVoy, the manager at Evansville’s Metabolic Research Center, argues that only those with a gluten allergy should adopt a gluten-free lifestyle.

“Gluten-free diets are popular right now, but they’re not for everyone,” says DeVoy. “If you can handle gluten, then there is really no reason to eliminate it from your diet.”

Breann Ellis, a registered dietician and owner of Absolute Wellness, LLC, agrees that, at least for most people, gluten isn’t something to cut out altogether.

“Gluten-free products and the gluten-free lifestyle have become quite popular in the last few years,” she says. “Many people shun all grains, including whole grains, thinking gluten-free products are healthier for them. People with celiac disease or a gluten sensitivity need to eliminate gluten and will feel much better by doing so, but it isn’t necessary for everyone. Whole grains, in the right quantity, can be part of a healthy, well-balanced diet for the majority of people.”

But Shaun Angel, the co-owner of Livewell, a health foods store, café, and personal training facility with locations in both Newburgh, Indiana, and Owensboro, Kentucky, says he encourages his clients to eliminate gluten whenever possible because it can cause inflammation in the body.
Inflammation, another buzz word in the health foods industry, can lead to everything from fatigue and acne breakouts to even serious autoimmune diseases, says Angel.

“Reducing gluten can oftentimes make you feel better,” he says. “You might eliminate a reaction you didn’t even know you were having.”
A better option in terms of bread, says Angel, is a sprouted grain bread, ones made by Ezekiel or 7 Grain. Those, says Angel, act “more like a plant than a grain” and can be easier for the body to digest and absorb. 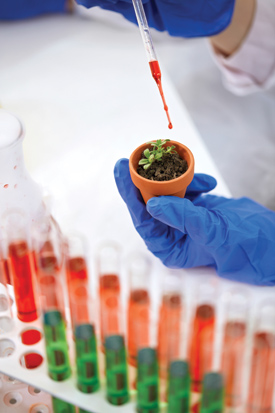 GMOs are genetically modified organisms, and according to the Non-GMO Project’s website, are “artificially manipulated” in a laboratory through genetic engineering, traditionally to increase yields.

Whether or not these modified foods actually wreak havoc on our bodies is still up for debate, and many times it’s difficult to know for sure whether something is genetically modified or not.

Most European countries have placed bans on the use of GMOs.

However, a Pew Research Center survey of the U.S. general public and of scientists with the American Association for the Advancement of Science (AAAS) presents a divide. While only 37 percent of the public believes GMOs are safe to eat, 88 percent of scientists see no health risks associated with current GMOs.

For example, Jeffrey Smith, anti-GMO activist and founder of the Institute for Responsible Technology, says, “The only published human feeding experiment revealed that the genetic material inserted into GM soy transfers into bacteria living inside our intestines and continues to function.”

But according to Layla Katiraee, doctor of molecular genetics and contributor to the Genetic Literacy Project, “Smith completely misrepresents the paper’s findings, which conclude: ‘it is highly unlikely that the gene transfer events seen in this study would alter gastrointestinal function or pose a risk to human health.’”

Angel says he advises his clients to buy non-GMO foods simply because his business operates on the principle of eating “real food that rots,” not something that is grown in a lab.

“And a lot of people believe actual genetic changes can occur in our own bodies from consuming these GMOs,” says Angel. “Animal studies, for example, show immune system problems, gastrointestinal issues, accelerated aging, and even infertility.

“We call inflammation the silent killer,” he says. “You don’t feel GMOs, but they can wreak havoc on your body. And one belief is that they can actually transfer into our own DNA.”

DeVoy says she, too, steers her clients away from GMOs. “We just don’t know how they could affect us in the future,” she says.

DeVoy says to always look for foods labeled as non-GMO, but without federal regulation, it’s difficult to be sure. So to be safe, buy local, she says.

“If you’re getting your food from local farmers, that’s usually much better,” says DeVoy. 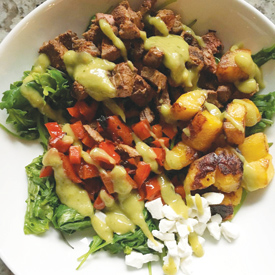 A traditional Paleo diet, also commonly known as the caveman diet, is essentially a total move away from anything processed — or anything found in a bag or a box with a bunch of ingredients you can’t pronounce. Options include grass-fed meats, fish, seafood, fresh fruits, veggies, nuts, and healthy oils like olive oil and coconut oil. Foods not included in a Paleo lifestyle are cereals, dairy, refined sugars, processed foods, salt, and refined vegetable oils, to name a few.

Livewell, says Angel, centers around the fundamentals of the Paleo diet not only because it focuses on “real” food but also because it can help people identify food intolerances and reduce inflammation.

“It’s a return to nature’s food,” he explains. “It’s not really a weight-loss diet. That’s a common misconception. Paleo is really an anti-inflammatory way of eating. You opt for organic whenever possible, non-GMOs, cut out wheat, dairy, eggs, soy.”

But some of that, specifically wheat and eggs, he says, can be added back in after time. Much of a “Paleo diet plate” will be vegetables with meat “treated more as condiments.”

“But essentially it’s about bio-individuality,” he says. “We learn our bodies’ preferences by restricting and then adding things back in. You learn your own system.”
Ellis adds cutting out processed foods, a key component of the Paleo diet, is always a good thing. As for the rest, it’s all about finding balance.

“But I always tell people to exercise caution when eliminating entire food groups,” she says. “Everyone is different and has a way of eating that allows them to live their healthiest life. My recommendation is to take bits and pieces from many ‘diets’ to develop a healthy lifestyle that works for you, one where you don’t feel like you’re depriving yourself. Try to make 80 to 90 percent of your foods healthy and minimally processed, but treat yourself to the other 10 to 20 percent.” 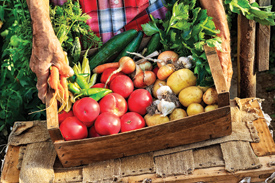 “Organic” is likely the most common, and perhaps most established, of the health-related buzzwords. Organic products have been around for years, so long that the federal government now regulates them. Certain foods can be packaged as “USDA Organic,” which means they have a stamp of approval from the U.S. Department of Agriculture.

To earn that stamp, producers must follow a set of stringent rules. They can’t use any synthetic pesticides (more natural pesticides are allowed), chemical fertilizers, or GMOs. Livestock, too, are required to have year-round grazing access and must be given non-GMO feed.

According to the Environmental Working Group, an American environmental organization that specializes in research and advocacy in the areas of toxic chemicals, there are 12 foods, or the Dirty Dozen, that people should always buy as organic. Essentially, it’s anything without a hearty exterior skin, things like strawberries, apples, celery, grapes, and spinach, that more readily absorb toxic chemicals.

But the best way to shop organic, says Angel, is simply to shop local, whether the USDA stamp is there or not.

“Shop as local as possible, and know the farmers’ methods,” says Angel. “Buy your produce at local farmer’s markets, ones in Newburgh and on Franklin Street. Sometimes they can’t always afford to get that USDA stamp, but that doesn’t mean their produce isn’t organic.”

Buying organic produce can often be more expensive, but DeVoy tells her clients it is well worth the cost.

“If it’s within your budget, buy organic,” she says. “That is always the best way to shop.”

Cardiologist Robert C. Atkins first created the Atkins Diet in 1972. It calls for an increase in the consumption of protein and fats, and a decrease in carbohydrates. Those who strictly follow the Atkins Diet are allowed just 20 grams of carbohydrates per day in the first two-week phase. Those are slowly added back in subsequent phases of the Atkins plan but only at a rate that still allows for continual weight loss.

The Atkins Diet became increasingly popular with the American public due to its success rate, but most health experts now agree the first plan was significantly flawed.

“Essentially we were told that carbs make us fat,” says Angel. “A lot of people lost weight eating a bunch of cheese and bacon. There were no vegetables and just too much protein. That causes a burden on the liver and the kidneys. And people gained the weight all back later.”

The theory behind the Atkins Diet, according to Bodybuilding.com, was that since protein and fat are more satiating, dieters wouldn’t feel as hungry and therefore wouldn’t take in as many calories. And since the body was being deprived of carbohydrates, it would have a greater chance of staying in a fat-burning mode since carbohydrates cause a metabolic-slowing insulin spike.

But the Atkins Diet has since been modified, says Angel, to promote a more balanced diet. It calls for limited processed foods and vegetable-based protein, and it touts the need for healthy carbohydrates, such as oatmeal, brown rice, and sweet potatoes.

That said, Angel doesn’t recommend the Atkins Diet for his clients, as he believes it still is somewhat lacking in balance.

“Instead, eat a lot of fruits and vegetables,” he says. “If you eat meat, cut out chemicals and eat only free-range meat.”

“Eating healthy isn’t a fad,” he adds. “People are beginning to understand that this is a way of life and that they need to be more conscious of what they are eating. Buying something with a label that says, ‘heart healthy’ doesn’t always mean it’s good for your heart. Just eat real food. It’s as simple as that.”