Once a dilapidated, forgotten bus terminal, the Evansville Greyhound Station saw its last bus depart in 2007. Today, the station’s owner, Indiana Landmarks, announced the historic building would be the site of activity again.

“Today’s announcement is another exciting chapter in the continued development of Downtown Evansville,” says Mayor Lloyd Winnecke. “It was very emotional for me personally a few months ago when we relit the Greyhound sign on this historic bus terminal, as it must have been for the hundreds of people who were here for the occasion. The fact that Indiana Landmarks has identified a very nice reuse for the building and a tenant with the track record of Michael Cunningham is just one more sign Evansville is on the right track.”

Evansville gave the vacant 1939 building to the nonprofit preservation organization in 2011 under the stipulation that it is restored and returned to use. The exterior restoration was completed in June, celebrated with the relighting ceremony of the running dog neon sign. Indiana Landmarks will renovate the interior for the restaurant. 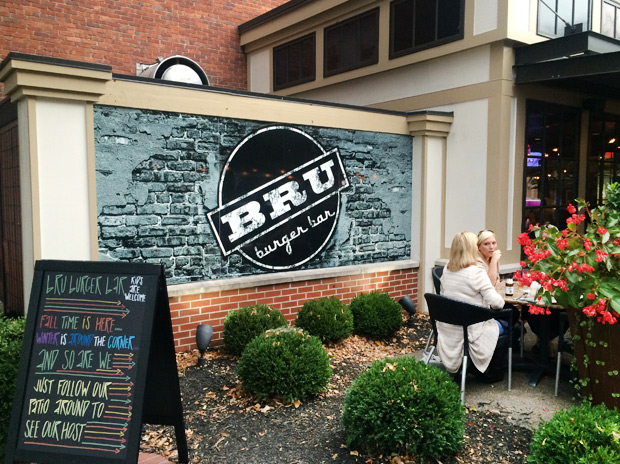 The exterior restoration of the restaurant, which will be called BRU Burger at the Greyhound, was completed by Architectural Renovators, Inc., and will cost $900,000. The same firm will finish the interior renovation, which is expected to cost $300,000-$400,000.

Indiana Landmarks expects income from the lease will cover its debt service. The initial lease term is 10 years, but the nonprofit’s research suggests the restaurant will be so successful that Cunningham will pay off the restoration debt much sooner. A protective covenant will be attached to the deed, giving the organization the right to approve exterior changes in the future, no matter who owns the building.

“The Greyhound brought us to Evansville, and we plan to embrace the history of the building,” says Mike Cunningham of Cunningham Restaurant Group. “It’s a unique landmark and a unique opportunity and, yes, we’re keeping the great neon signs.” Cunningham expects to hire a staff of 40 to 50 employees for the restaurant. 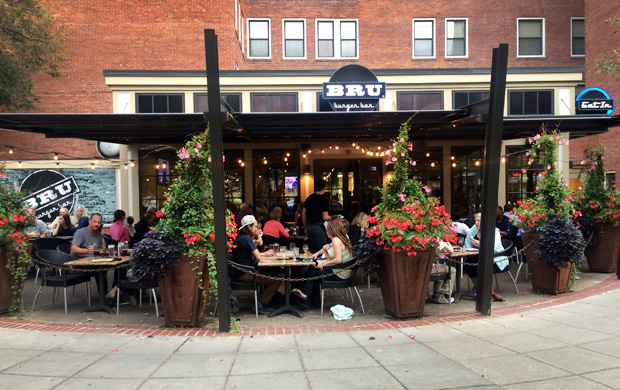 Tucker Publishing Group owners Todd and Kristen Tucker dined at BRU Burger on Indianapolis’ Massachusetts Avenue, one of the city’s six cultural districts located just a few blocks northwest of Monument Circle. At 5 p.m. on Monday evening — on Columbus Day, a federal holiday for many — BRU Burger bustled both inside and out. 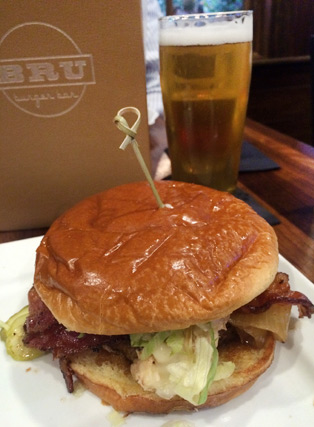 “The menu is impressive,” says Kristen Tucker. “Don’t shy away next summer when it opens if you simply do not like burgers. BRU Burger’s burgers (and they also have appetizers, salads, and other sandwiches), can be prepared with beef, chicken, turkey, or veggie.”

Steve James, manager of BRU Burger’s Massachusetts Avenue restaurant, said that other Cunningham Restaurant Group managers visited Evansville for today’s announcement. The company elected to hold management meetings in Evansville in coordination with the announcement because of the city’s location between its properties in Indianapolis and Carmel, Louisville, and Lexington. 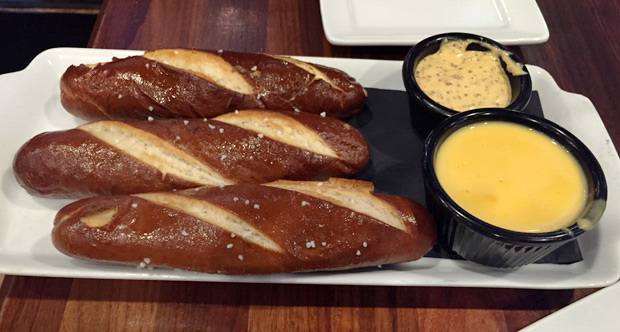