Grilling Guide: Behind The Scenes 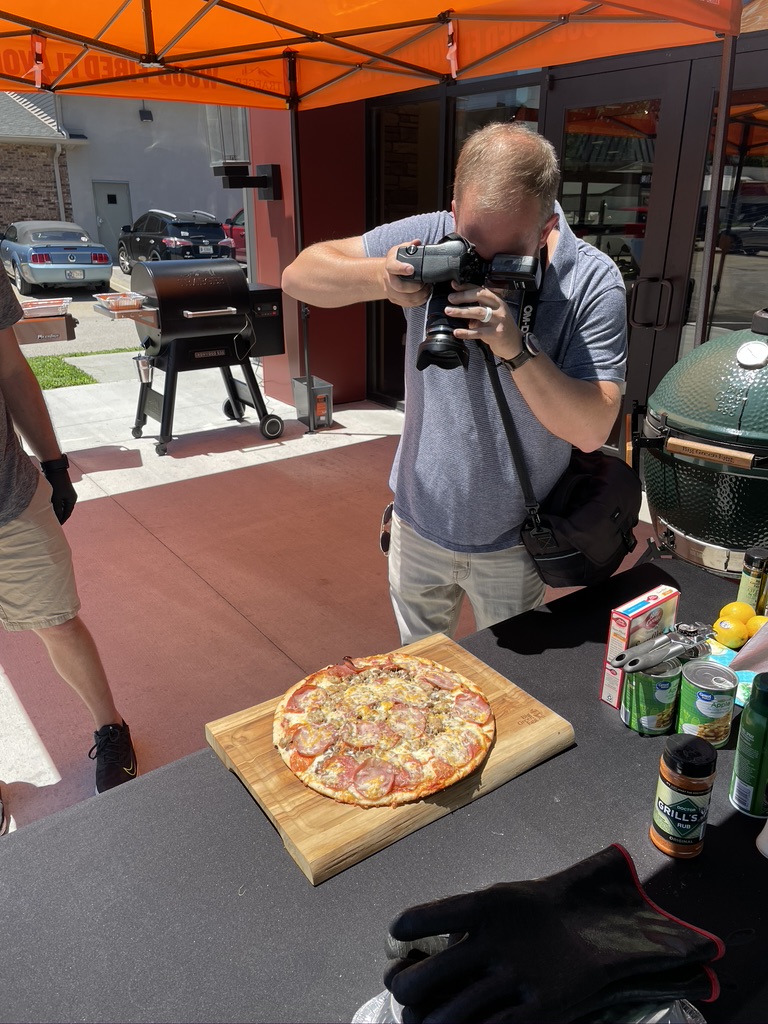 Evansville Living’s tasty grilling guide for our July/August 2022 issue didn’t cook itself. It took a lot of hands to prepare these feasts, so much so that we spread our photo across three shoots. Step behind the scenes with us, but fair warning — don’t proceed on an empty stomach. 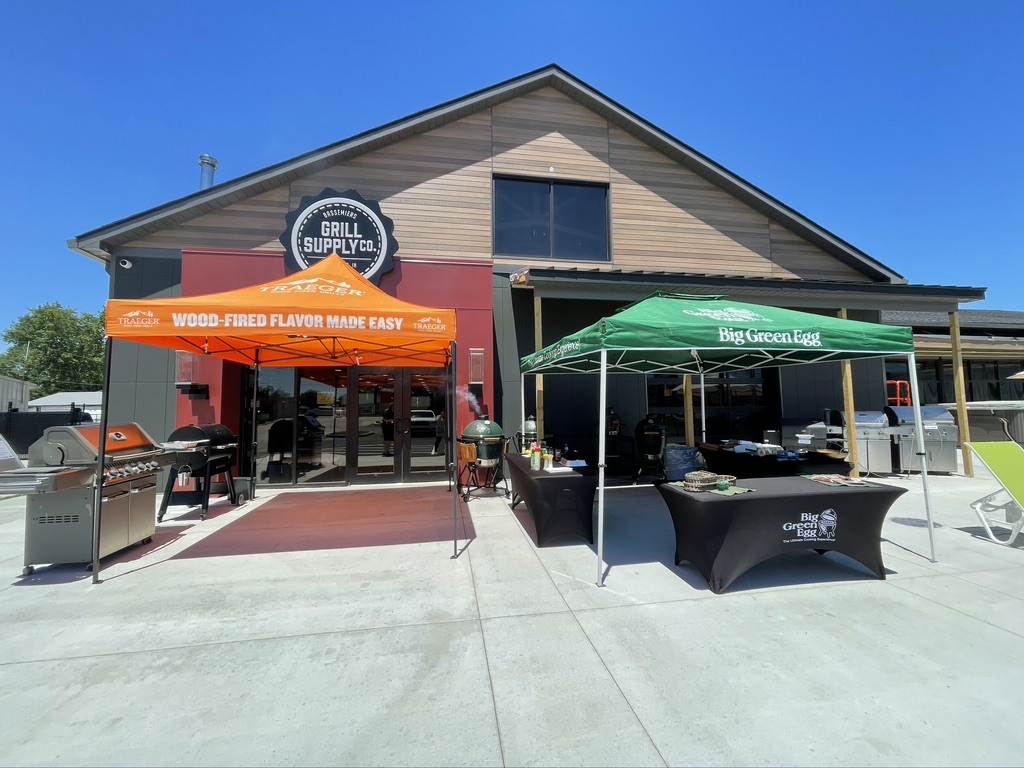 First, we visited Bassemier’s new Grilling Supply Co., next door to its Fireplace, Patio, & Spa store at 4220 E. Morgan Ave. The new facility specializes in grills and spas and is chock full of gas, charcoal, and pellet grills. President Jeff Bassemier and chef Jeff Raymond coordinated a cookout of classics such as burgers and corn on the cob, as well as surprises like a cherry chocolate dump cake, thin-crust pizzas, and a pineapple rum dessert. Finishing out the shoot were two tomahawk steaks, grilled to perfection. We definitely put Bassemier’s Big Green Egg grills to work that day. 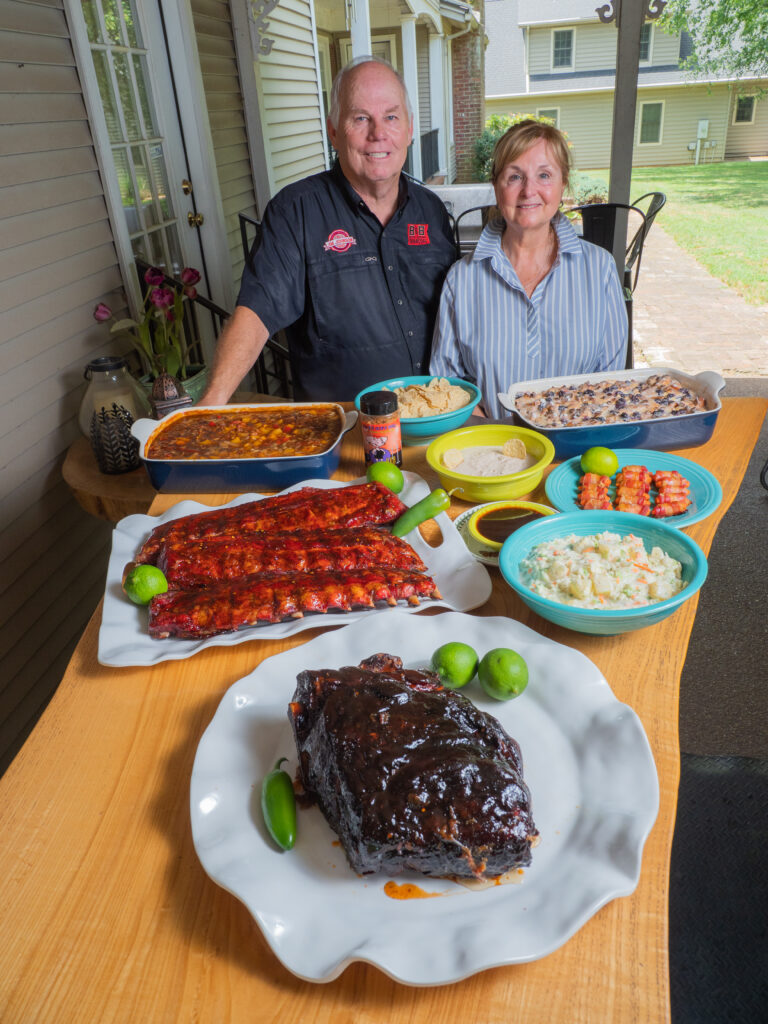 Next, we stopped by the McCutchanville home of Jim and Becky Johnson for an afternoon of mouthwatering barbecue and savory side dishes. Memphis, Tennessee-native Jim is a 78-time Grand Champion in barbecue, and he and Becky are members of and instructors at the prestigious Kansas City Barbecue Society, so we know they were just the folks to teach us the best ways to barbecue. The Johnsons served up delectable ribs and custom sides such as bread pudding, pineapple-flecked jalapeño cole slaw and Jim’s famous baked beans. 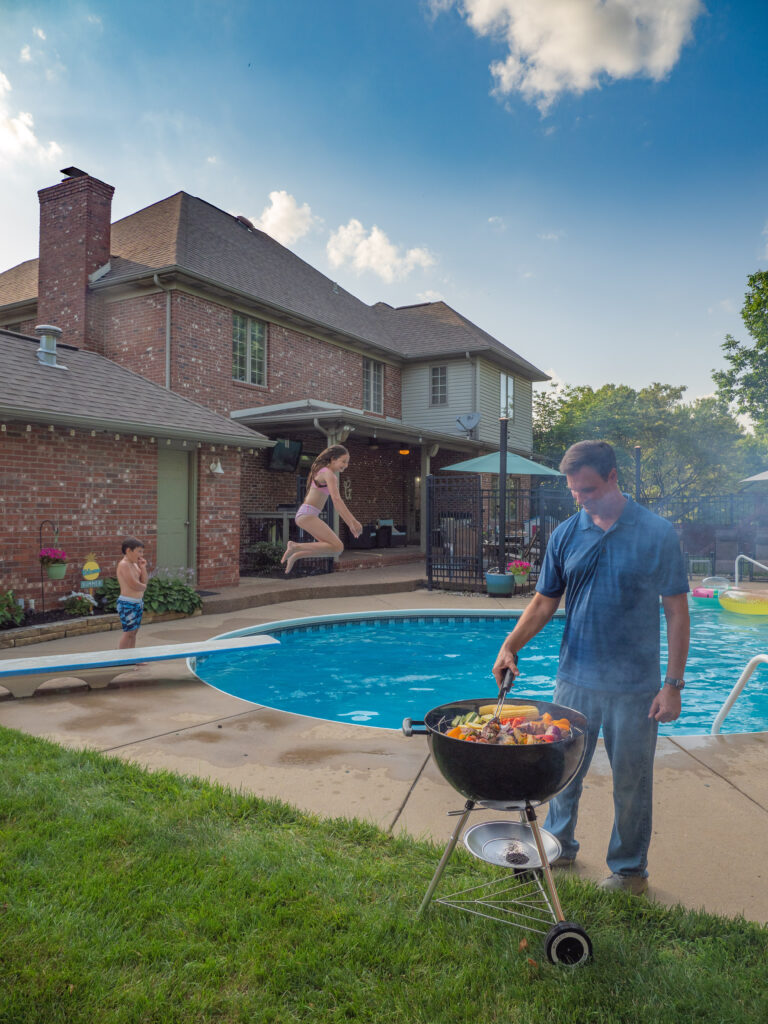 We rounded out our grilling photo shoots at the Newburgh, Indiana home of Michael and Heather Guerzini. Their shaded lot complete with pool and ample back yard afforded the perfect spot for photos. (The fact that they also are the parents of Evansville Living Staff Writer Riley Guerzini helped, too.) The Guerzinis gathered their family and friends for a day at the pool, and Riley joined his dad for a beer while burgers, kabobs, corn cobs, and plenty of vegetables sizzled on a charcoal fire produced by a classic Weber kettle grill. 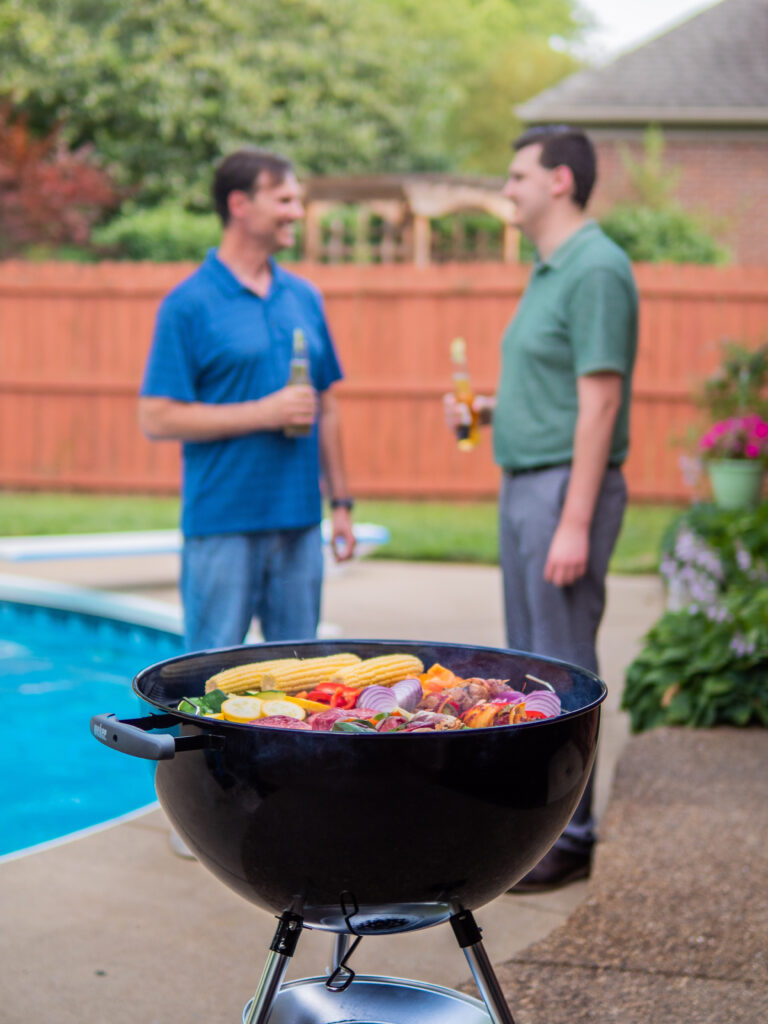