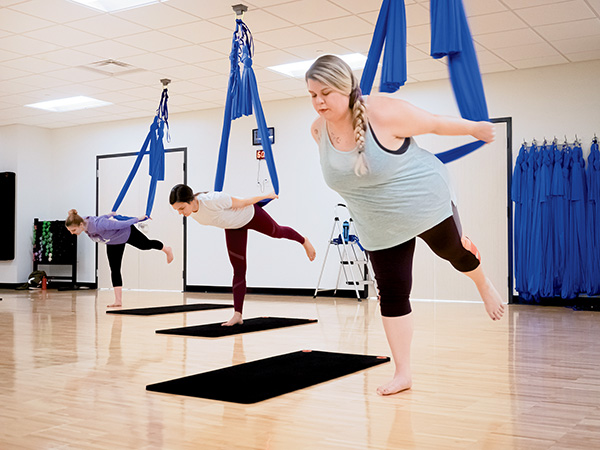 It takes a lot for me to trust — especially when it involves a hook in the ceiling holding a fabric hammock I’m sitting in.

Yoga has long been one of my favorite activities. After its opening, the Downtown Ascension St. Vincent YMCA announced it would offer a new aerial yoga class to members, and I was eager to try. The class uses traditional seated, inversion, and balancing poses adapted to be performed with the use of a hammock suspended from the ceiling.

For me, one of the most important aspects of trying a new class is having a welcoming instructor who understands my reservations. The Monday morning aerial yoga instructor Lindsay Benedyk was just that. She walked me through how to hang the hammock, then gave me a few tips on positions and using the fabric, including just sitting in the hammock to get used to it before class started. 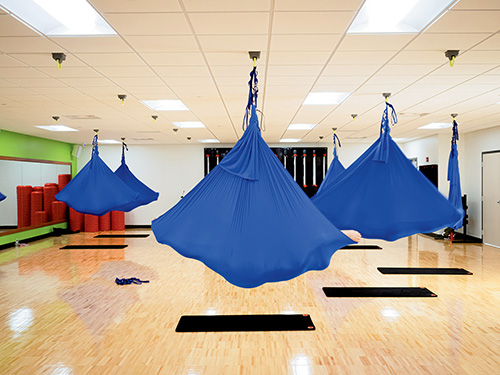 When it came to the actual poses, I found following along was easy. We began by lying in the hammocks as we moved through side and leg stretches. Outside the hammock, poses gradually increased in intensity, testing our balance and strength.

There were modified ways to do a pose, and Benedyk was helpful when she noticed I was unsure in a move. When the class got to inverted poses, I was hesitant, but Benedyk assured me sometimes it was better to start with small steps and work up to the pose. So I spent the time building my trust in the hammock, turning upside down a few times before we went into our final meditation.

By the end of the class, I was happy and felt I completed a good workout. It was low intensity, but I also felt the work in my core and upper body. Plus it was just fun to swing on the hammocks.