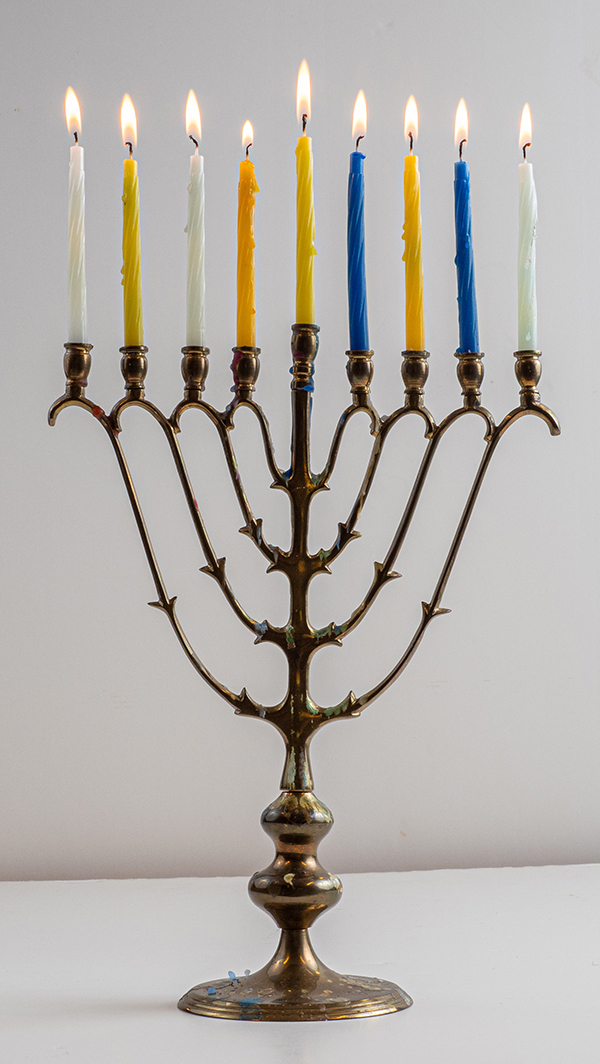 Hanukkah, also known as the Festival of Lights, is an eight-day Jewish celebration commemorating the rededication of the Second Temple during the Maccabean Revolt against the Seleucid Empire in second century B.C.

Meaning “dedication” in Hebrew, Hanukkah starts on Nov. 28 this year and is celebrated with the lighting of the menorah (a multibranched candelabrum used for Jewish religious rituals), traditional food, gifts, and games such as dreidel.

According to “Jewish Life in Evansville 1837-2007: A Brief History of the Jewish Community in Evansville, Indiana” produced in 2007 by the Temple Adath B’nai Israel (8440 Newburgh Road), Evansville’s Jewish history began in the late 1830s when the Gumberts family and Isaac Heimann moved to the town. By 1850, many Indiana towns had three to four Jewish families from mostly Germany. Evansville was an appealing destination thanks to its majority German-speaking population.

By 1850, there were enough Jews in Evansville for a minyan, a quorum of at least 10 men over the age of 13 required for traditional Jewish public worship. Indiana opened its first synagogue in Fort Wayne in 1848, followed by Indianapolis in 1856 and Evansville on Aug. 13, 1857, with B’nai Israel. The temple built its first synagogue building at Sixth and Division streets (now Court Street) in 1866.

The Jewish community in Evansville has maintained its presence since and continues to celebrate important holidays, including Hanukkah, each year. Starting on Sunday, Nov. 28, the Temple Adath B’nai Israel will host a public lighting of the menorah each night of Hanukkah (through Monday, Dec. 6) at 6:30 p.m.

Haynie’s Corner Brewing Co. (56 Adams Ave.) is also joining the celebration with a Hanukkah edition of its Merry & Bright pop-up event series at 5-10 p.m. Nov. 29. Open to the public, the event will feature guest bartender Scott Schymik and burgers and latkes from Rock-A-Burger food truck.

If you’re in the mood for shopping instead, especially on Small Business Saturday on Nov. 27, Give a Dog a Bone natural pet food market (5626 E. Virginia St.) is fully stocked with Hanukkah-related toys and treats for canine celebrations.

However you choose to celebrate, have a safe holiday season and Hanukkah Sameach!