Hancock County, Kentucky, may be an unlikely place to find fields of lavender. But Erin Ramsey and her family, owners and operators of Big Roots Farm, are quickly changing that.

Located off windy Highway 69 in the heart of Hancock County and just over 7 miles from Hawesville, Kentucky, the former tobacco and cattle farm now sprouts two fields of lush folgate and gosso lavender plants. Erin and her crew harvest some of the lavender to make their own products — from soaps and sprays to salves and lotions — and allow the public to come and pick their own bundles of the plant.

The venture was an idea that sprouted from Erin, but has taken the involvement of the entire family to see fruition.

“We were city people before this, living in Evansville. Then we came out here, and we couldn’t be happier,” says Erin.

The family owns a total of 54 acres, which, along with lavender, includes a shop and event space, a large working barn, a field of sunflowers, and a labyrinth.

“We wanted people to get in touch and to feel connected,” says Erin. “Our mission is to grow peace by offering products and experiences that contribute to the well being of others.” 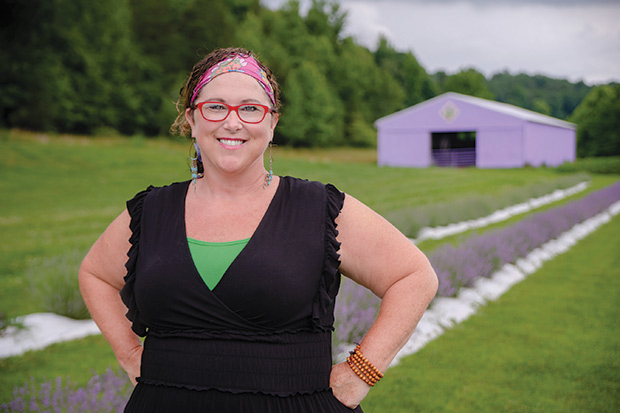 The idea for a family farm is one Erin attributes to her son, Ryan, who expressed to her an interest in farming. She and her husband Doug wanted to start a family company, but had no set plan on what they would do. At the time, Erin was the only one with an interest in lavender — she had her own small plot at their home. With Ryan’s interest in farming, Erin pitched her own idea. “I said to him, ‘Maybe we could grow lavender?’ And he said, ‘Yeah, we could,’” says Erin. On Sept. 10, 2016, the Ramseys and their children (Ryan, Jack, and Molly) had a family meeting, discussing the idea of starting a lavender farm.

“No one hesitated, which is unusual,” says Erin with a laugh. “But we started farm shopping after that, and we closed on this farm on Dec. 27 that same year.”

From there, three-generations of the Ramseys began to prep their farm — refurbishing the back barn, building the labyrinth between the lavender fields, and constructing a shop and event space. On May 21, 2017, 60 family members and friends gathered to help plant the lavender, acquired from a grower in Sequim, Washington.

“It’s been a journey, but now that Big Roots is coming together, it feels great to be running something with my family,” says Ryan. He, along with his wife Samantha and two daughters, moved home to help. “The work and the ideas have kept us close.” 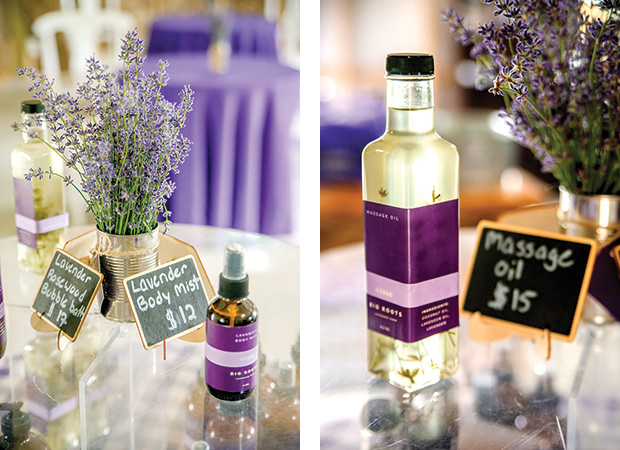 Stop and Smell the Lavender

Click here to register to win a basket of goodies from Big Roots Farm!

(This giveaway is now over.)