Just a few weeks after visiting the ramparts of Quebec City, Canada, I stood at the entrance of San Felipe del Morro Fortress in the walled city of Old San Juan, Puerto Rico. Spring break had brought my husband and me, and our youngest son, to the U.S. territory of San Juan. There is plenty to do in Puerto Rico, we learned, and we didn’t leave San Juan. When we return, we’ll be sure to visit El Yunque, the U.S.’s only rain forest, and Vieques, an island seven miles off the coast that, according to its website, is “such a magical place it ought to be on everyone’s bucket list. 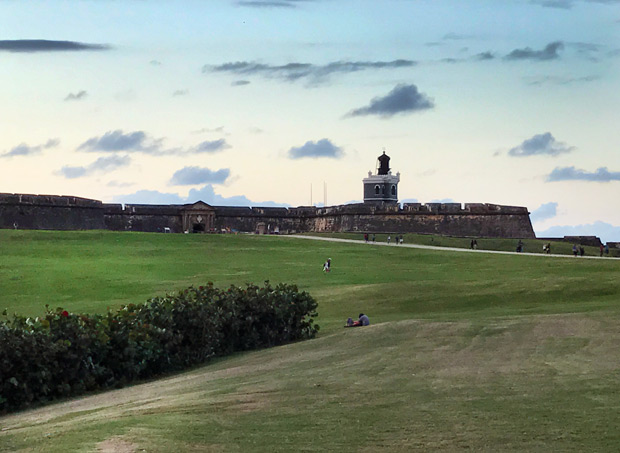 What we did enjoy in San Juan were the beautiful beaches of Isle Verde, where we stayed at the Hotel Intercontinental, and Ocean Park, where we had a delicious meal at Pamela’s; the island culture alongside U.S. conveniences; the ease of travel (passports are not required to U.S. territories and the airport is served by about 50 flights daily); and Old San Juan and its fortifications. 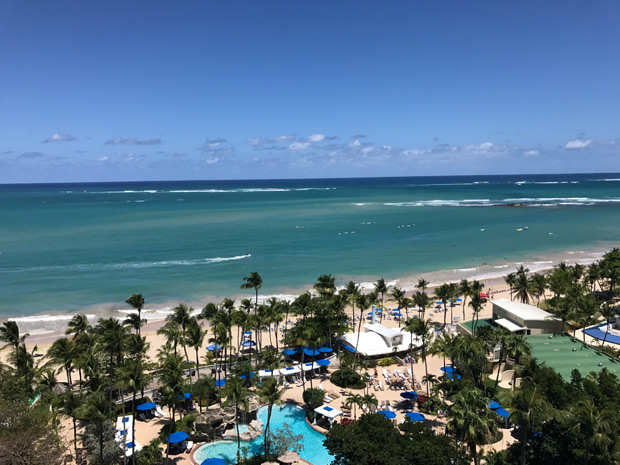 Old San Juan is an islet connected to the main island by three bridges. It’s one of the most historically significant destinations in the Caribbean and Western Hemisphere (with several UNESCO World Heritage Sites) and the most popular tourist destination in the Caribbean.

Old San Juan is a 500-year-old neighborhood originally constructed as a military stronghold. You can walk the grounds of ancient forts and then follow the blue cobbled streets down past colorful, well-manicured government buildings to local boutiques and designer storefronts, bars and restaurants, and hotels, as well as residences.

A bartender who promised “two mojitos for $11” got us in a bar called the Chapel Tasca and Bar near La Fortaleza, the official residence of the Governor of Puerto Rico and part of the city’s fortification.

A five-day trip whetted our appetite to learn more Puerto Rico and certainly to return. 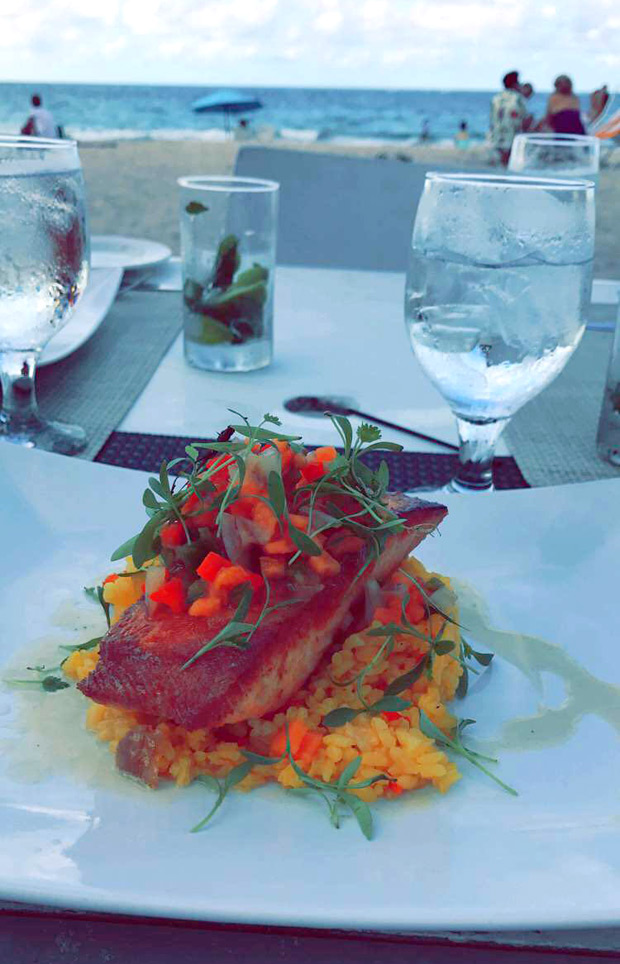