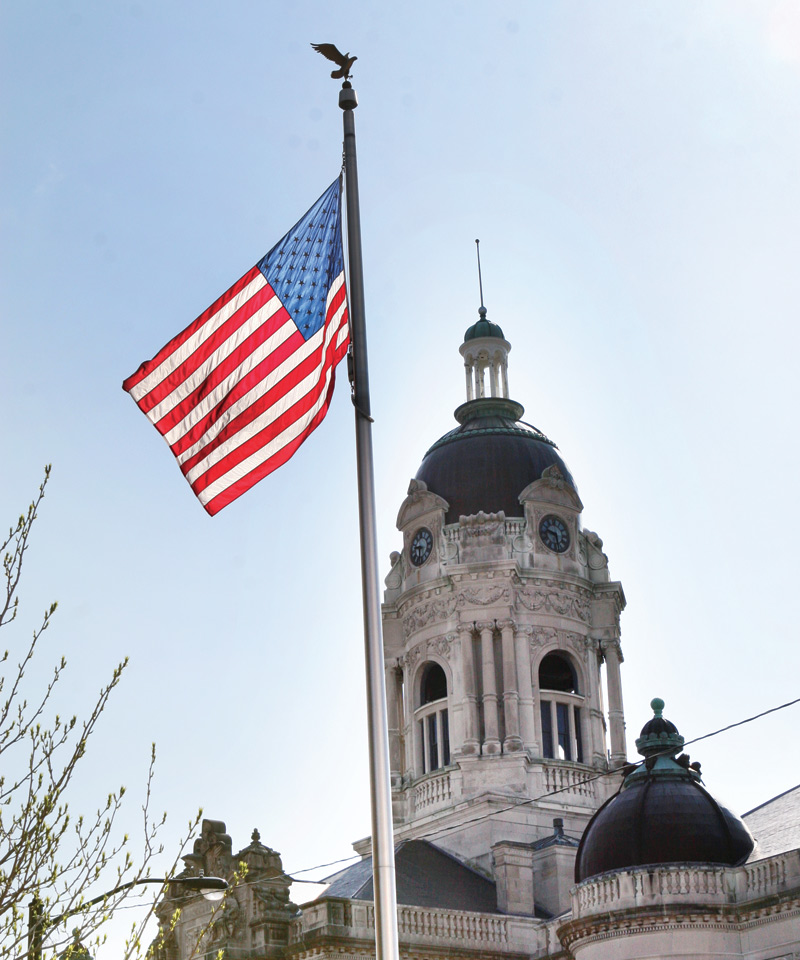 President Harry Truman designated National Flag Day as June 14 of each year when he signed an Act of Congress on Aug. 3, 1949. Yet residents of the United States have long honored the American flag.

According to www.usflag.org, the idea of an annual day specifically celebrating the flag is believed to have first originated in Fredonia, Wis., in 1885. The Stars and Stripes were official adopted on June 14, 1777. In these photos, it’s clear that Evansville residents, businesses, and organizations proudly display the flag throughout the year.

(Right: This view of an American flag in front of the old Vanderburgh County Courthouse was taken at the corner of Court and Third streets.)