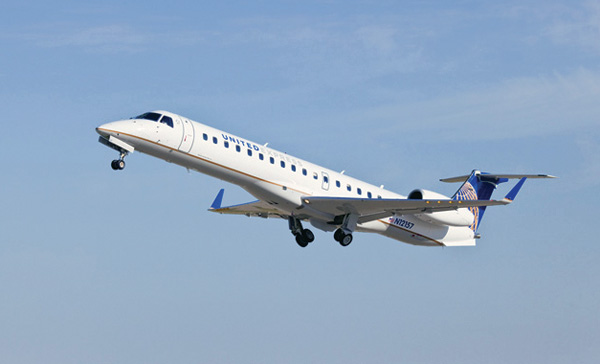 “The addition of United gives us more flights on a daily basis to Chicago, which is one of our major hubs,” says Greg Wathen, president and CEO of the Economic Development Coalition of Southwest Indiana. “Also it opens up access to other local carriers. It opens up more avenues for air travel.”

Evansville Business previously visited with Wathen in the April/May 2012 issue when he emphasized the importance of Evansville Regional Airport after a report from Garner Economics that assessed the state of the region.

“If you were to remove commercial air service from Evansville tomorrow, how would it impact the marketplace?” says Wathen. “Companies would have to go to Louisville or Nashville, and, if companies would be going that far of a distance, at some point they would think why are we in Evansville? Keeping an airport here enables us to attract and retain new investment.”

Since 2012, the regional airport has undergone positive changes like the addition of jet bridges, allowing passengers to move from the terminal gate to the airplane without having to step foot outside, an increase in air service with the addition of US Airways’ daily flights to Charlotte, North Carolina, and the shift of the main 1.5-mile runway from U.S. Highway 41 toward the northeast.

“We have to continue seeing the value of the airport,“ says Wathen. “We contribute to the airport because we think it’s important, and we want to maintain this service.”