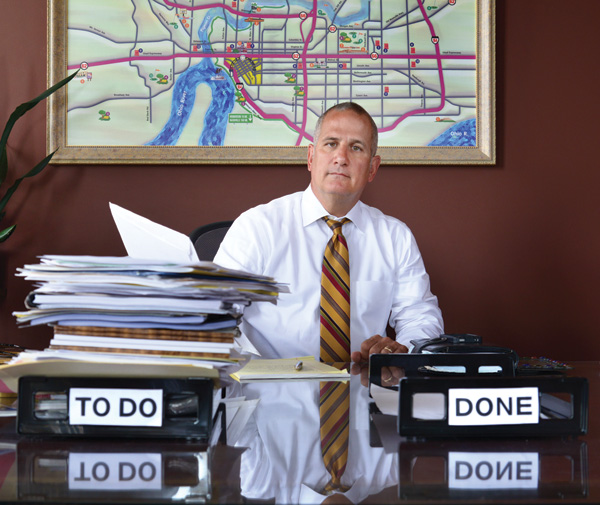 Evansville has a municipal self-esteem complex. We’ve written about the low image the city seems to have of itself many times. Indeed, the inaugural magazine of Tucker Publishing Group was founded to help battle this complex. We asked, “Why not Evansville?” Often we are under the mistaken impression that “passable” is good enough, while complaining that “up in Indy” they don’t do without.

Our feature cover story by Staff Writer Trista Lutgring on Lloyd Pool and our community’s lack of a decent facility begins on page 28, and underscores this line of thought. I realize that we are unable to build everything we are desirous to have as a community and we must remain fiscally responsible. What “grinds my gears” (thanks Peter Griffin) is that a facility in such a poor state of repair is still deemed “good enough” by some community officials. Really? Lloyd is unable to even host USA Swimming meets due to conditions.

By coincidence, during production of this feature, an Inside Indiana Business with Gerry Dick brief touted that in South Bend, Indiana, an upcoming three-day meet (standard length) was estimated to pump $608,000 into local community coffers. My most immediate concern, though, is as Lloyd Pool limps along mechanically (it is), where do six high school teams, the Greater Evansville Aquatic Team, and the community’s swimmers go if if the pool goes down? Nowhere is the short answer.

As we point out in the story, many new pools throughout the state are being built and are up and are operating. How were they funded? Based on the multiple meetings with different community leaders, no one has attempted to determine if we can get it done here. As Dr. Andy Tharp states in the story, we can either be proactive regarding moving forward or left with no workable solution.

Frankly I am tired of going to Boonville, Lynnville, Huntingburg, Mount Vernon, Newburgh, and Jasper, Indiana, to swim in their far superior facilities. Or is a dilapidated, aging, over-crowded, and dirty facility good enough for Evansville?