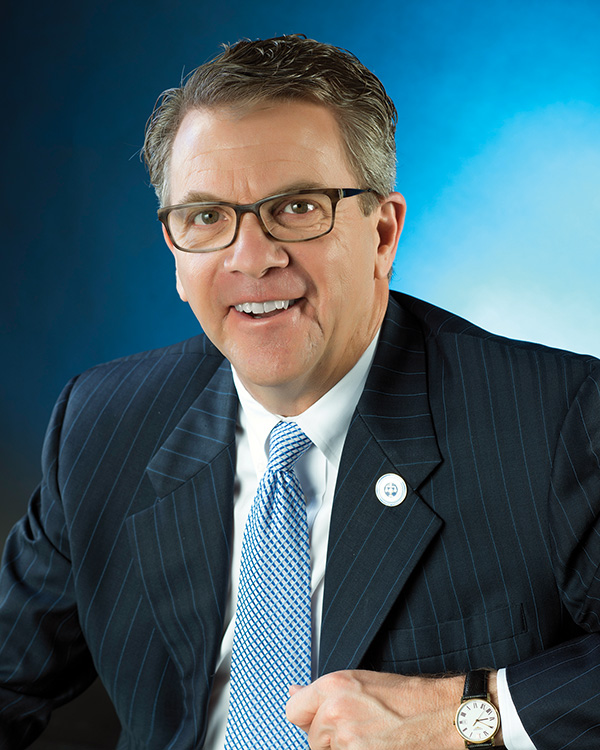 When Todd emailed asking if I would like to write a guest letter, I immediately thought, “I bet the deadline is the end of the day,” or something that demanding. I mean, that’s how Todd rolls, isn’t it? So you can imagine my surprise to learn that the deadline was an entire two weeks away.

Truth be told, it didn’t matter how short the deadline was because the subject matter was so dear to me. I was asked to write about two amazing citizens, both of whom have given enormously to advance our city: the late Ted C. Ziemer Jr. and Bob Jones.

I first met Ted 35 years ago or so through my wife Carol. We became fast friends from day one! Over the years, Ted — and his charming wife Clare — shared many wonderful memories with Carol and me. We were such close friends we asked Ted to perform our wedding ceremony. He was elated. Ted went out of his way to ensure the ceremony was memorable.

I was saddened to learn Ted’s declining health prevented him from attending this year’s State of the City speech. Despite his absence, Ted was honored with a key to the city for his long-time dedication to our hometown. I noted in my speech if there was a cause of distinction in Evansville, Ted raised money for it. His most recent effort led to the enormously successful Mickey’s Kingdom, which opened in late 2018. Ted led the team that raised nearly $2 million, allowing the playground to be built.

Ted was Evansville’s most prolific, and persistent, fundraiser. His tenacious work for the scores of nonprofit organizations to which he was dedicated helped make Evansville the vibrant city it is today.

Two weeks to the day from presenting Ted’s key to the city to his son, Ted IV, I was a pallbearer at my longtime friend’s funeral. It was an honor to celebrate a man who was such an enthusiastic cheerleader for our city.

That day, April 16, is one I won’t soon forget. That morning was spent celebrating Ted, and later that afternoon I participated in one of many, well-served retirement celebrations for another dear friend, Bob Jones.

Evansville is Bob’s adopted hometown. Bob, Lisa, and Carolyn moved here in 2004 as he assumed the role of CEO and president of Old National Bank. As a competitor at the time, I noted how Bob began to seriously elevate Old National’s commitment to the community. Good for the city. Bad for competitors.

Bob has helped shape our city, especially our Downtown, as much as any civic leader in Evansville’s history. Simply put, we would not have a convention hotel if not for Bob and Old National Bank. The bank became an equity partner in the DoubleTree by Hilton, which became the catalyst to make the project a reality. Bob spent significant political capital as he lobbied then Governor Mike Pence and the state legislature to include $26 million in funding for the Stone Family Center for Health Sciences Downtown. And Bob was a key presenter to the Indiana Economic Development Corporation as Southwest Indiana made its pitch to be named a Regional City and win $42 million in state grants associated with the designation.

Bob has been instrumental in our Downtown evolution. And that’s why we re-named Walnut Street between Second Street and Martin Luther King Jr. Boulevard “Bob Jones Way.” It’s important for future generations to remember such an ardent supporter of our city, who utilized his substantial influence for positive change.

Bob’s countless contributions to Evansville extend far beyond our urban core. I doubt there is a nonprofit organization in the city that has not relied on Bob’s fundraising expertise, his business acumen, and just plain common sense to advance their mission. Bob has a heart to help, especially the most vulnerable among us.

Bob will remain as chairman of the board of directors at Old National through January, and aside from a bit of traveling, Bob and Lisa are staying in Evansville. That, my friends, is a blessing.

Every city needs a Ted Ziemer Jr. and Bob Jones. It’s a pleasure to witness the fruits of their labor, and I’m privileged to have experienced the friendship and support of each.