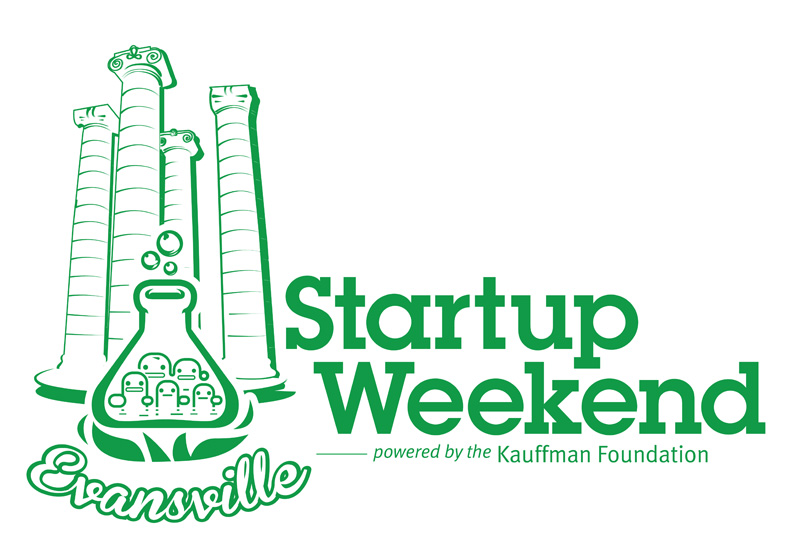 Andy Perry stands in front of 30 other entrepreneurs and investors in a side room of Smitty’s Italian Steakhouse on Evansville’s West Side. He’s there to explain the process that led him and fellow Evansville native Steve Suhrheinrich to co-found a company called Curvo Labs. The company, itself a startup, builds a new platform for hospitals, surgery centers, and medical device companies to connect and find winning business opportunities.

It’s cold outside, and the wind is blowing so hard that those seated near the outside door inch closer to the middle of the room to avoid the draft. But Perry quickly warms up the place when he admonishes the gathering, “If you have a hundred dollar idea or a billion dollar idea, and it’s going to change the world, then get after it!”

In essence, that’s the message of Evansville Tech On Tap, the group that Perry is speaking to on this wintry night. The group was organized last summer by Drew Peyronnin, executive vice president of Peyronnin Construction Co. Inc., after he saw similar events take hold in other communities. Tech On Tap brings together people in the Evansville area who use innovation and technology to create new companies. They meet at Smitty’s or other local establishments to network and swap ideas, and they hear from start-ups like Curvo that have already gained some traction. Ultimately, the goal is to help local people turn their big ideas into viable businesses.

“None of my children see Evansville as the destination for their careers, but it doesn’t have to be that way,” says Peyronnin. “Evansville has successful businesspeople and business schools. Capital is available here. We’re just trying to help people connect the dots. We provide the forum so people find the capital, technical, and legal assistance — and whatever else they need — in order to become successful.”

Tech On Tap is helping promote Startup Weekend Evansville 2.0 on Feb. 22-24 at the University of Southern Indiana’s Business & Engineering Center. Anyone with a vision for a new business gets 60 seconds to make their pitch to the audience. Everyone votes to choose the top seven to 10 ideas. The attendees then split into teams for the remainder of the weekend. Their challenge is to build the best ideas from their basic concept all the way through to a business model that incorporates development, production, marketing, and sales.

“For 54 hours, that business idea is your life,” says Startup Weekend Evansville co-organizer Demi Wetzel, who got involved after attending the 2012 event. “You walk away with knowledge that you can’t learn in a classroom or through a webinar. One thing I’ve learned is that entrepreneurs think differently. They are so enthusiastic, and there are so many great ideas right here in our community involving technology and social media, and innovation in general. I had never seen this side of Evansville, and now I’m enthralled with it.”

The University of Southern Indiana will host its second Startup Weekend on Feb. 22-24. To register, visit swevansville.eventbrite.com. For more information, contact Wetzel at demi.wetzel@gmail.com.