It’s easy to see H&H Music Service, across from Bosse High School at 1313 Washington Ave., and think of it as only a small instrument shop. The truth, however, is the longtime Evansville business is much more.

“It’s not about just selling a guitar on the wall. That’s not how we’re wired,” says owner Kelly Patterson who has worked at H&H for more than 30 years.

H&H Music does sell instruments including pianos, guitars, strings, and band instruments — on top of instrument accessories, sheet music, and more — but an extensive, well-trained service department in the building next door allows H&H to repair saxophones, clarinets, flutes, brass instruments, and much more.

H&H Music began in 1955 by Lee Hope and Horace Hetzel (H&H came from the men’s last names). Hope was a former band director for Notre Dame University and the “music guy,” says Patterson, while Hetzel filled the role of business guy. They ran the business until 1974, when they sold the operation to Art Holm. Eleven years later, Art’s daughter Anita and her husband Norman Charles would continue the family-run store. Patterson, who enjoys the problem-solving aspect of his job the most, was tapped as next in line. 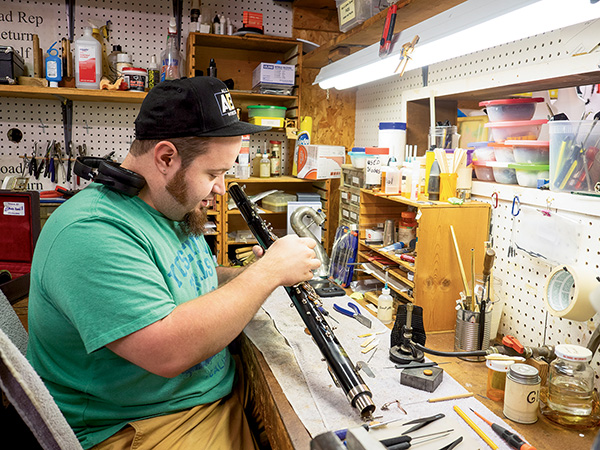 “When Anita and Norman got ready to retire, they said to me, ‘You’re buying the business, we’re not selling it to anybody else,’” he says.

The shop’s longevity has come from its service to the Tri-State region through repairs and sales calls to school music programs. Educational reps call on schools and programs in a 100-mile radius of Evansville, which means every week an H&H rep is able to connect directly to programs in southern Indiana, Illinois, and Kentucky. It’s a reputation that has people coming back.

“We are in such a fast-paced, digital age, but music is still music. It’s still a hands-on business. The personal touch — that’s really the biggest thing we do,” says Patterson. “It’s a lot of fun to help people make music.” 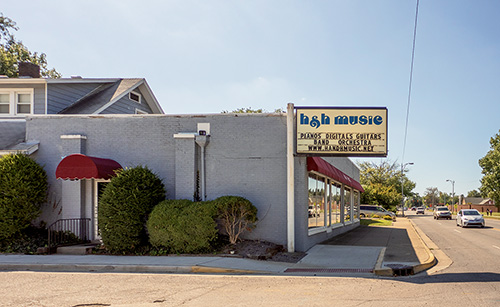