Iowa Still on my Mind

As I last wrote, Iowa has been on my mind. I was born there, and before my family relocated to my father’s hometown of Evansville, I lived in more than a few towns. We moved every few years for the next best high school coaching and teaching jobs for my parents.

Next on the list is the town we lived in when my sister was born — Graettinger, Iowa. I always thought the name was funny. Graettinger is in Palo Alto County, in the Northern reaches of the state. Shopping trips in those years were to Minneapolis. (Also, my mother was a Mary Tyler Moore fan.) Graettinger is small; home to only 844 people, 382 households, and 227 families. The town hosts the oldest Labor Day parade in Iowa. I remember participating in many Iowa parades (with my decorated bike and wearing dance costumes). 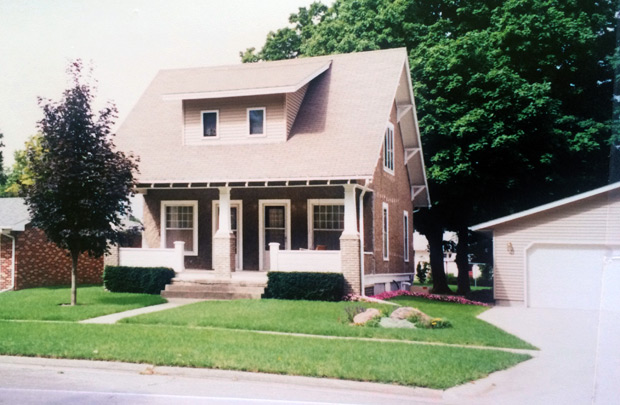 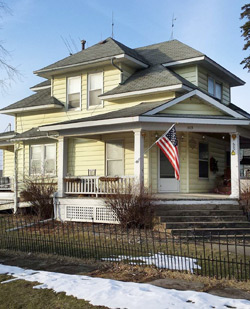 The next move for the Reeder family, then still with only two daughters, me and my sister, Miekka, two years younger, was to Baxter, Iowa, 33 miles northeast of Des Moines. It, too, is small with a population of 1,101 today. What I remember most about Baxter is that our house had two front doors.

We left Baxter before I went to kindergarten, moving to Melcher, Iowa, just south of Des Moines, also in Marion County. Now called Melcher-Dallas, two rivaling coal-mining towns that shared schools beginning in the 1960s merged in 1986. Through Facebook, our childhood babysitter, Kristi Roberts Rogers, recently found my sister and me. (Miekka, with her name, is fairly easily found.) Kristi took a picture of our old house, and recounted stories of my father, her basketball coach and teacher. (“He would get me out of detention to babysit you girls.”) I certainly remember Kristi and the house. I remember parades in Melcher, too, dressing as a Saint (the high school mascot) for the homecoming parade. I remember the town’s pristine bandstand in the Community Park, and the large water tower that loomed over the high school, across the street from the Sinclair Gas Station (now a Casey’s) and down the street from my house.