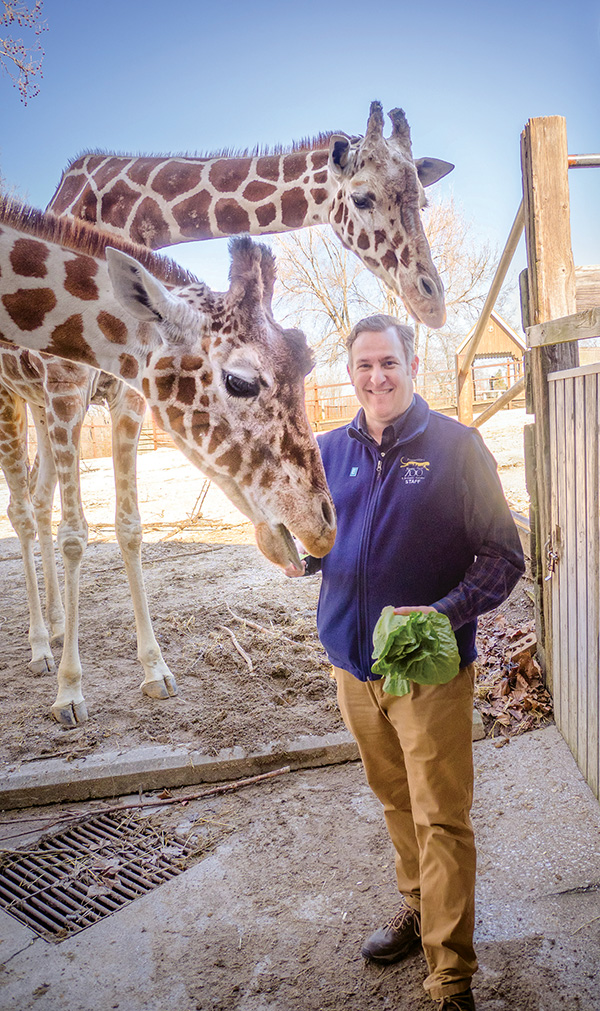 Erik Beck describes himself as a wanderer, whether it’s meandering the wildlife refuge at Blue Grass Fish and Wildlife Area or traversing the sights Downtown. However, he hasn’t wandered far from his hometown. A 1989 graduate of Reitz Memorial High School, Beck initially traveled out of town for college but returned to Evansville to finish his biology degree at the University of Southern Indiana.

Out of school, Beck accepted a zookeeping job at Mesker Park Zoo & Botanic Garden and never left. He has climbed the ranks to executive director and seen the zoo undergo a transformation.

How has the city and Mesker Park Zoo changed during your time here?

You can look around the zoo and essentially put a line on the year the casino came to town. While the zoo was progressing well, even before Aztar, now Tropicana, came along, that influx of money to maintain and add capital items, add new exhibits, and renovate existing spaces has been tremendous.

What are some of the biggest developments you’ve seen at the zoo?
I think the biggest leap for us was when we started to plan and build Amazonia, and then finally opening that in 2008. There have been a lot of changes, and some of them are not as seen as others — some of them are just renovations of existing spaces. The best thing about being green is not building new things that are greener. It’s about keeping old things instead of tearing them down, because that’s the most green thing you can do.

What do you love about Evansville and the community?
To me, Evansville always has been a big, little city. It is big enough to have some of the metropolitan feel of a larger city, but it’s also small enough you still have that kind of small town feel. We get people from out of town, and they’re like, “Wow, this is a bigger zoo than I thought would be here for Evansville.” We’re really lucky to have a space this big and the types of animals we have.