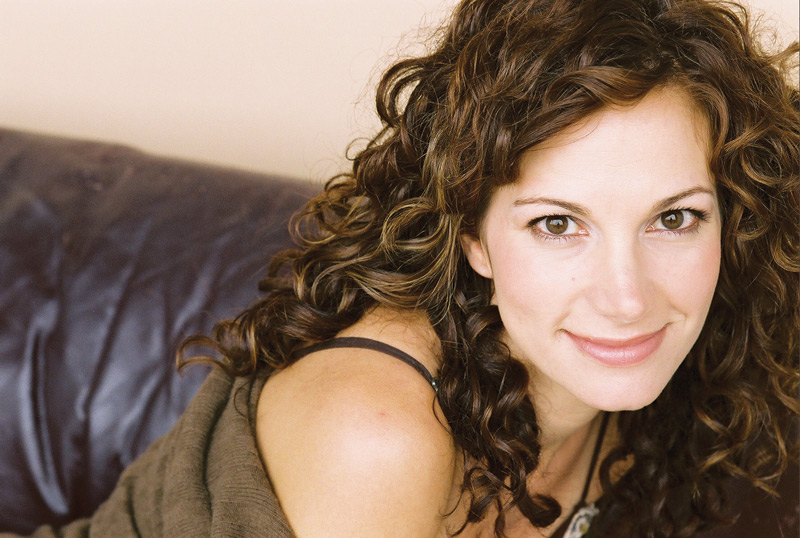 On NBC’s hit comedy Parks and Recreation, Jama Williamson plays a beautiful, smart doctor married to Aziz Ansari, who portrays a cocky Hoosier bureaucrat. The show’s characters suspect the arrangement is a green-card marriage considering Ansari is of Indian descent. They’re right — sort of. Williamson’s character is a Canadian who may be deported. The show is smart and clever, playing off stereotypes and preconceived notions.

Williamson, an Evansville native, never felt the notion to act at Memorial High School. Too committed to cheerleading, Williamson developed her love of performing when she enrolled in an acting elective at the University of Notre Dame. From there, she headed to New York and learned about her craft at Circle in the Square Theatre School.

Williamson had a knack for landing theatrical roles with bizarre quirks, including once playing a dog in Sylvia, the story of a love triangle between a man, his wife, and his dog. And though she’s performed in musicals, “let’s be honest, I’m a performer, but I don’t sing,” Williamson says. Yet, she’ll be one of four celebrity judges on April 15 at Tri-State Idol, a fundraiser for Marian Educational Outreach, a nonprofit organization aiding Catholic education. “I sing in a comedic sense,” Williamson says, “but no one would pay good money to hear me sing in earnest.”

My first real theatrical professional role was an off-Broadway play, Eat the Runt, the grossest title. It was right at the start of the reality TV craze, so (the cast) learned all the parts and let the audience cast the play at the beginning of each performance. We had a different play every night. That was probably the best experience for cutting my teeth because I had to play different characters and never knew which ones I was going to play each night. And I met my husband (Curtis Williams) during that play, so it was good that I got cast.

I played the role of a talking dog in this play called Sylvia. Sarah Jessica Parker (of Sex and the City fame) originated the role in New York. I studied the behaviors and movements of a labradoodle. That’s what I decided the type of dog I was. It was really fun. A lot of comedy ensued. I’m not sure I’ll get to play a dog again in my life. I’m glad I did once.

We had too much fun (in Debbie Does Dallas). We would make each other laugh on stage and break character. That would get the audience into it. Interestingly, too, it was very smartly done. The writer and director was a woman, so it was actually quite empowering to women. It was ironic that it wasn’t derogatory to women. The only nudity in the play was actually a man. That was quite disappointing to some folks in the theater.

I came out to Los Angeles about five years ago for pilot season, a time from January to March each year when the networks cast incoming fall programming. I shot a pilot for CBS with a couple of actors, Zachary Levi (who plays Chuck on NBC comedy Chuck) and James Van Der Beek from Dawson’s Creek. It was a nice transition because TV sitcom is in front of a live audience, much like theater, which I was used to.

I learned comedic timing through observation. It’s not something you really learn in acting school. I was obsessed with Carol Burnett, and I watched The Carol Burnett Show constantly. With comedy, it’s almost like music. There’s a certain cadence and rhythm that makes things funny.