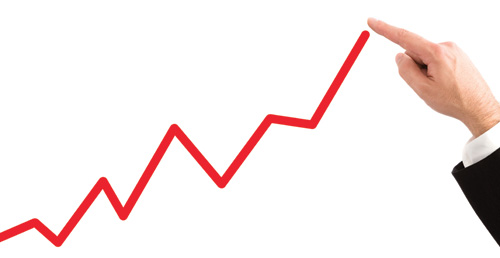 Despite the Dow’s ability to bust through the 13,000 level earlier this year for the first time since 2008, investors at all income levels continue to hold their breath instead of letting out a big sigh of relief. Europe still appears shaky, especially with the prospect of another bailout of Greece looming. In this country, the economy must slog through a poor housing market, high gas prices, and debt, in order to keep climbing. Lipper, a fund-tracking company, found that investors pulled out $3.6 billion from stocks in January and February at the same time the stock market was rising 8 percent, the best start since 1998.

At least one veteran Evansville financial advisor believes investors have more to fear by sitting on their money than by trusting at least a portion to the stock market. “A lot of people are way too defensive,” says certified financial planner Mark Pettinga, chief executive officer of Pettinga Financial Advisors. “The biggest opportunity is for those fully allocated in a balanced portfolio that includes stocks and bonds. That’s not very flashy, but I really believe that is what will work best in the long run. I also think the tide is beginning to change. People see virtually no interest credited to their savings accounts, they see inflation moving up, and at least in the early part of the year they’ve seen the stock market go back up. People are not shooting for the moon. They just want to get back to an acceptable level of return.”

Here is Pettinga’s list of five ways for investors to prosper:

• Maximize your 401(k) or 403(b) retirement account.
• Diversify your assets.
• Have exposure to the stock market.
• Make sure the stock market exposure includes international funds, including emerging markets.
• Monitor your debt. Make it a manageable amount in case of a job loss or some other unforeseen event.

“I get it,” Pettinga says about investors’ caution. “They’ve been through crashes in 2000 and 2008. They’ve seen some pretty harsh treatment, and there’s more negative news out of Washington. But despite the lack of pro-economic policy-making, the private sector has continued to strengthen. That’s what keeps me optimistic.”